Young Bros have announced another artist tour, this time they will be bringing Jung Joon Young and his band Drug Restaurant to four European cities.  This is the second time the Young Bros. have brought JJY to Europe, the first time being almost a year ago.

JJY started his musical career in 2008 when he moved to South Korea to pursue his dream of becoming a rock star.  By 2010, after a few setbacks and issues with agencies, JJY entered the Hongdae indie scene, playing with bands including Flower Mist and Switch On.  However, it wasn’t until Mnet’s Superstar K4 in 2012 that JJY’s career really started to take off.  After placing third on the reality TV show, JJY took part in various promotions before making his big screen debut and forming his current band in 2015.

From soft rock songs like ‘Fiancée‘ to the faster paced and heavier guitar riffs of ‘Mistake‘ with its epic and frantic outro are made all the more moving and enjoyable by JJY’s deep and husky voice.  Other songs like ‘Catwoman‘ showcase Jung Joon Young´s voice above a subtle backing track of gently strummed guitar and a slow-paced drum beat.

Drug Restaurant are certainly apart from the mainstream K-Pop that most people are familiar with but their original sound and aesthetic are like a breath of fresh air in a crowded music industry.  If you are lucky enough to be able to get to one of these shows, you will be glad you did. 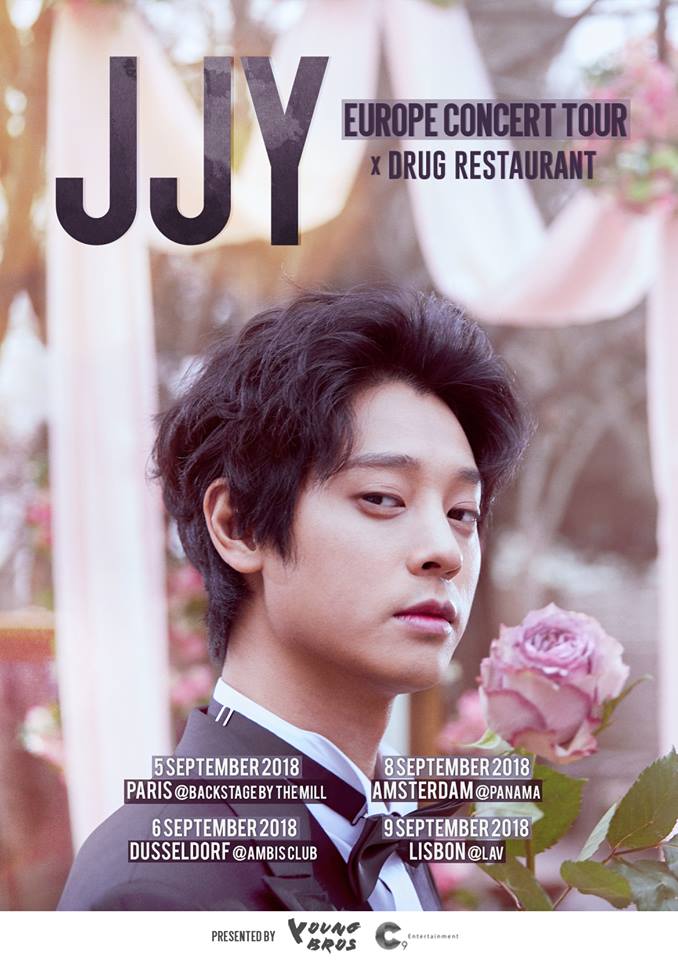 Jung Joon Young and Drug Restaurant will be appearing:

Cannot wait for Jung Joon Young and Drug Restaurant to make a concert comeback in Europe? We were honored to see them the last time and are excited for their upcoming shows in Europe. Stay close for more updates.