Younha recently made her return with her pre-released track, ‘Hello‘ featuring pH-1. The track was produced by GroovyRoom. Now, she has dropped the comeback schedule for her upcoming ‘Rescue‘ album. So, check it out below! 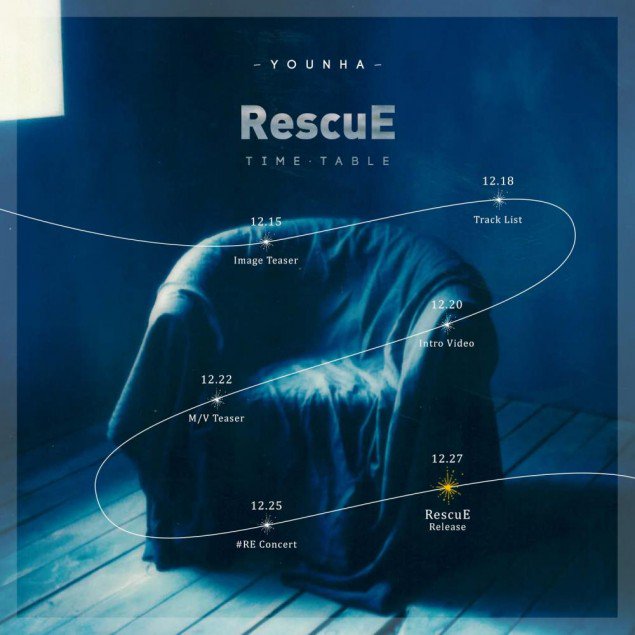 She will be making her return with a full-length album. This will be her first full album since her last with ‘Supersonic’ in 2012. She will drop ‘Rescue’ on December 27th! Are you ready? Let us know in the comments below!