On November 25th, Yubin released the online cover image for ‘Thank U Soooo Much‘. Check it out below! 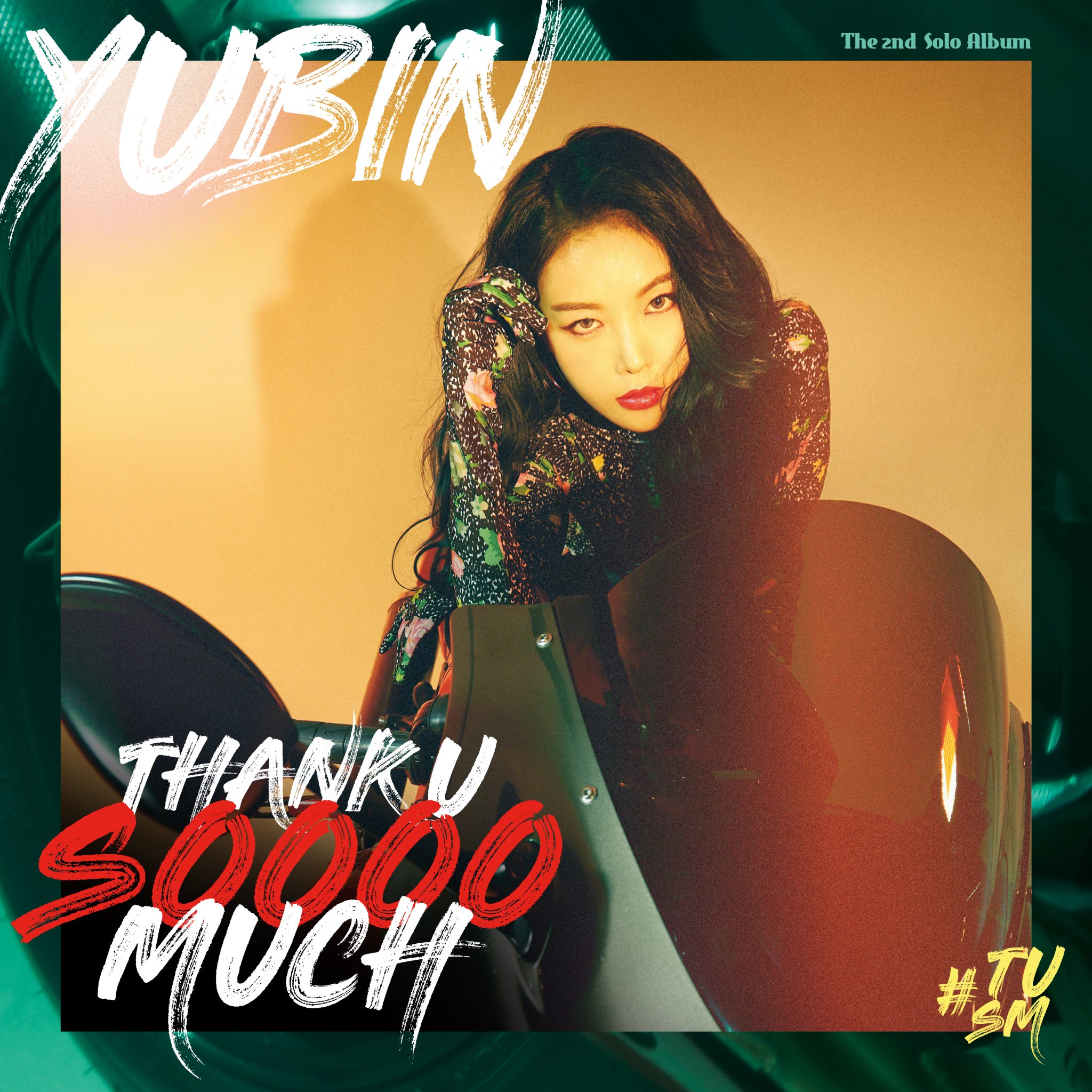 The online cover is green-themed. Yubin is wearing a black floral outfit with roses. She is sitting atop a green motorcycle, which enhances her chic look.

Yubin will release her second solo album ‘TUSM‘ on November 27th at 6PM KST. The abbreviation ‘TUSM‘ stands for “thank u soooo much“, according to these teaser images. This is her first comeback after she made her debut with title track ‘Lady‘ and first single album ‘City Woman‘ on June 5th this year.

Yubin has also announced that her comeback V-Live will be hosted by GOT7‘s Jinyoung and Jackson, who are her label mates in JYP Entertainment.

What do you think of Yubin‘s title spoiler? Let us know in the comments below.