On November 21st, Yubin released point lyric image teasers for ‘TUSM‘. Check them out below! 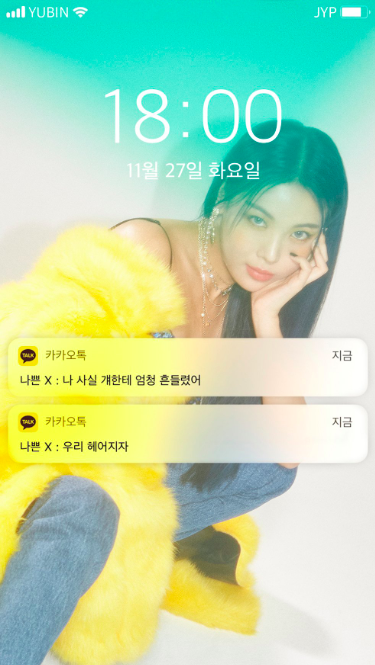 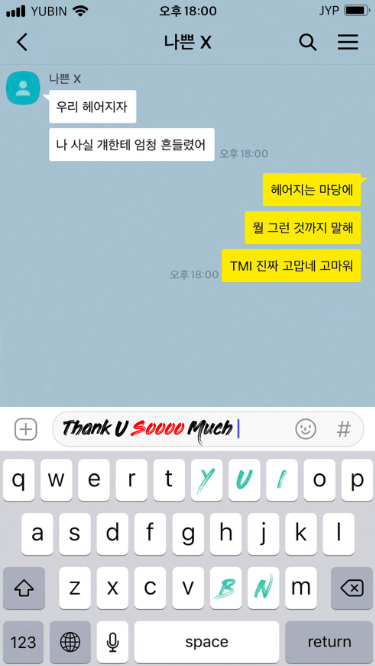 The teasers take on the interesting and unique format of a screenshot on a smartphone. The first image is the lockscreen, where the timing displayed is the time that she will make her comeback. The image is one of her concept images. It shows that she has two notifications from KakaoTalk. The second image is a screenshot of a conversation with “bad X“. They are talking about breaking up. Meanwhile, in the chat box the words “thank u soooo much” appear in a bold font. The letters of Yubin‘s name are in a bold green font on the keyboard.

Yubin will release her second solo album ‘TUSM‘ on November 27th at 6PM KST. The abbreviation ‘TUSM‘ stands for “thank u soooo much“, according to these teaser images. This is her first comeback after she made her debut with title track ‘Lady‘ and first single album ‘City Woman‘ on June 5th this year.

What do you think of Yubin‘s new lyric image teasers? Let us know in the comments below.