ZE:A’s Hyungsik to Star Alongside Park Bo Young In “Do Bong Soon”

ZE:A’s Hyungsik to Star Alongside Park Bo Young In “Do Bong Soon” 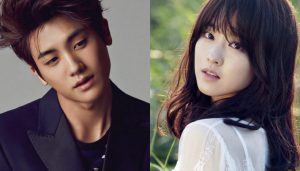 Hyunsik has been busy filming the majorly anticipated drama “Hwarang” starring BTS’ V, and Shinee‘s Minho. “Do Bong Soon” is set to air in December around the same time as “Hwarang”. JTBC and Hyungsik’s agency have confirmed the casting news, and the drama is set to start filming in October.

Park Bo Young (Oh My Ghostess!) has been learning martial arts for the role after she was announced as a cast member in June.

The drama is written by Baek Mi Kyung who previously wrote “My Love Eun Dong” and directed by Lee Hyung Min of “Ms. Temper and Nam Jung Gi.”