Zico: King of the Zungle – Details for Europe Announced

Zico: King of the Zungle – Details for Europe Announced

The cities, dates and ticket information for the European leg of Zico’s world tour, King of the Zungle, have been announced.  The locations were chosen by fan requests and voting on MyMusicTaste.  Zico will be making stops in six European cities as part of his tour, visiting Madrid, London, Berlin, Warsaw, Amsterdam and Moscow.

The tickets will go on sale on 20th August for presale and general sale will start on 22nd August.  All venues have at least the option of general admission and VVIP ticket options, some venues also have different prices based on location within the floorplan.  Full details of the VVIP tickets have not been released yet, but they will include a hi-touch. Please find below the already announced information for each of the stops. 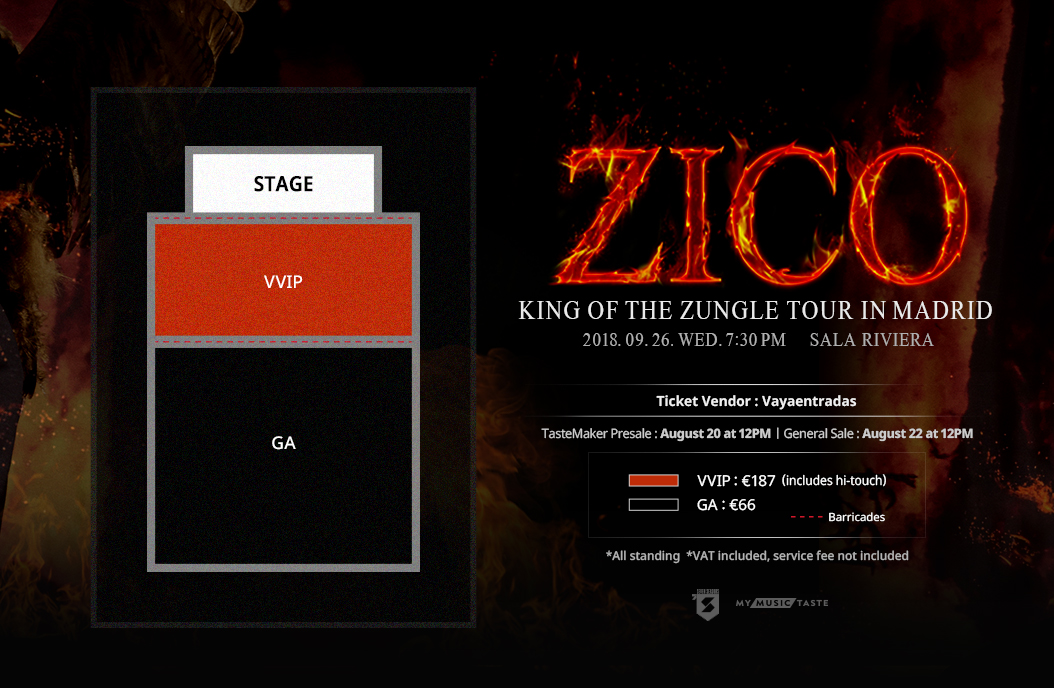 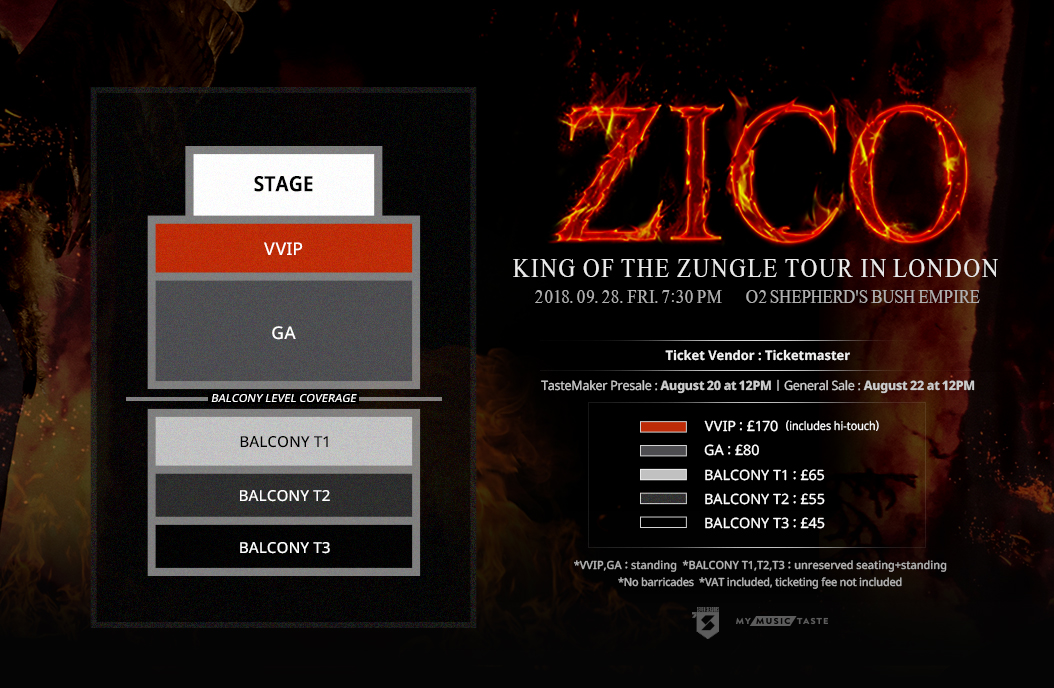 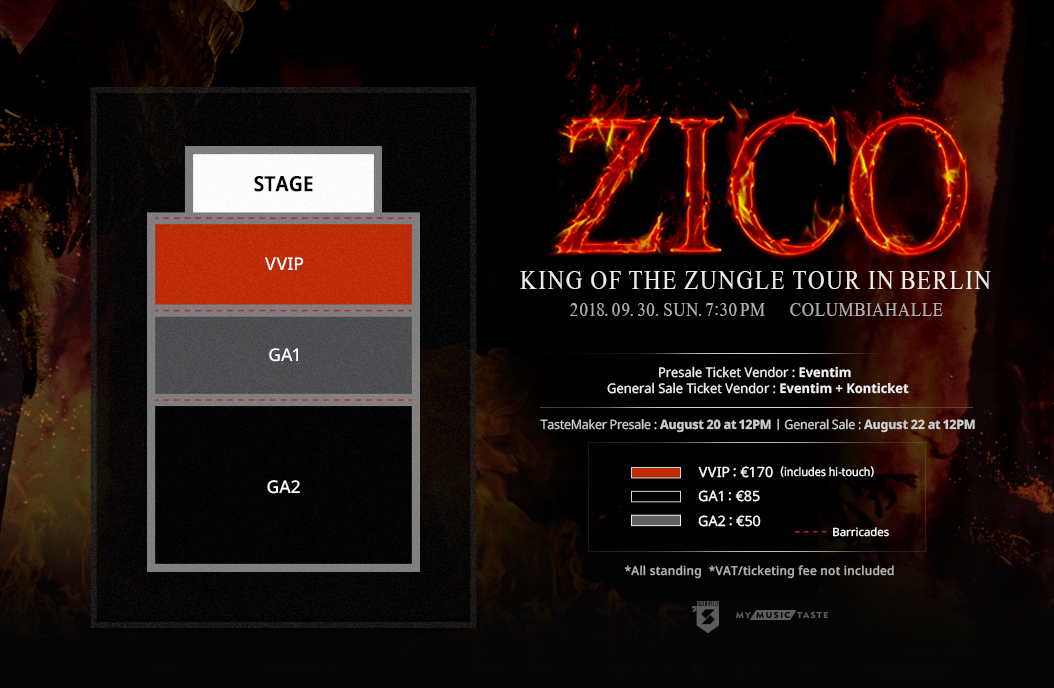 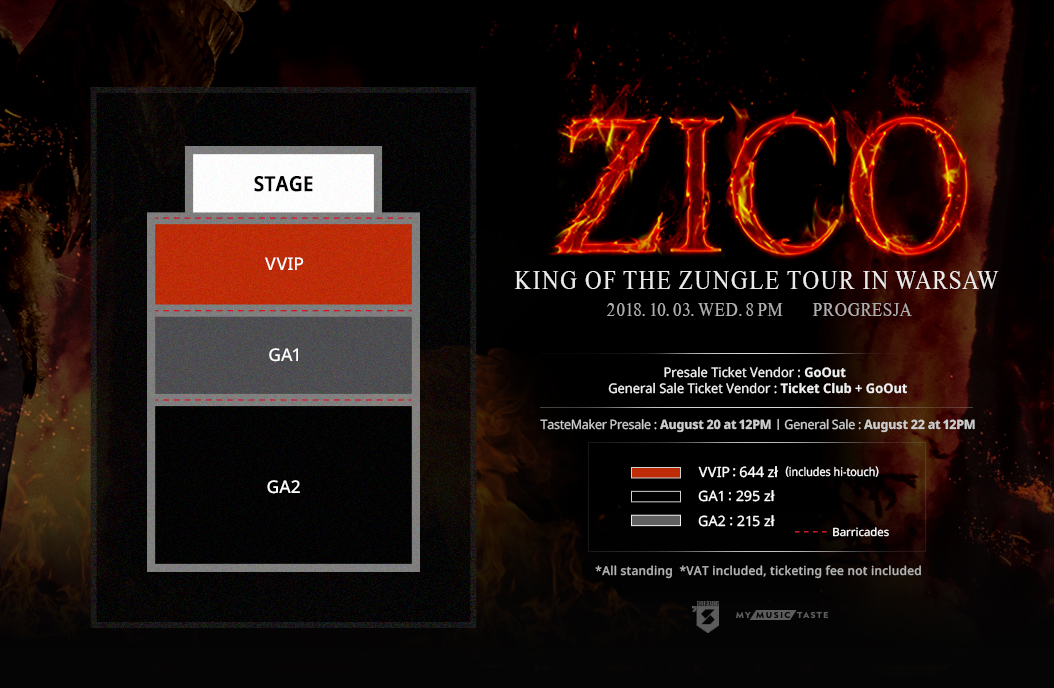 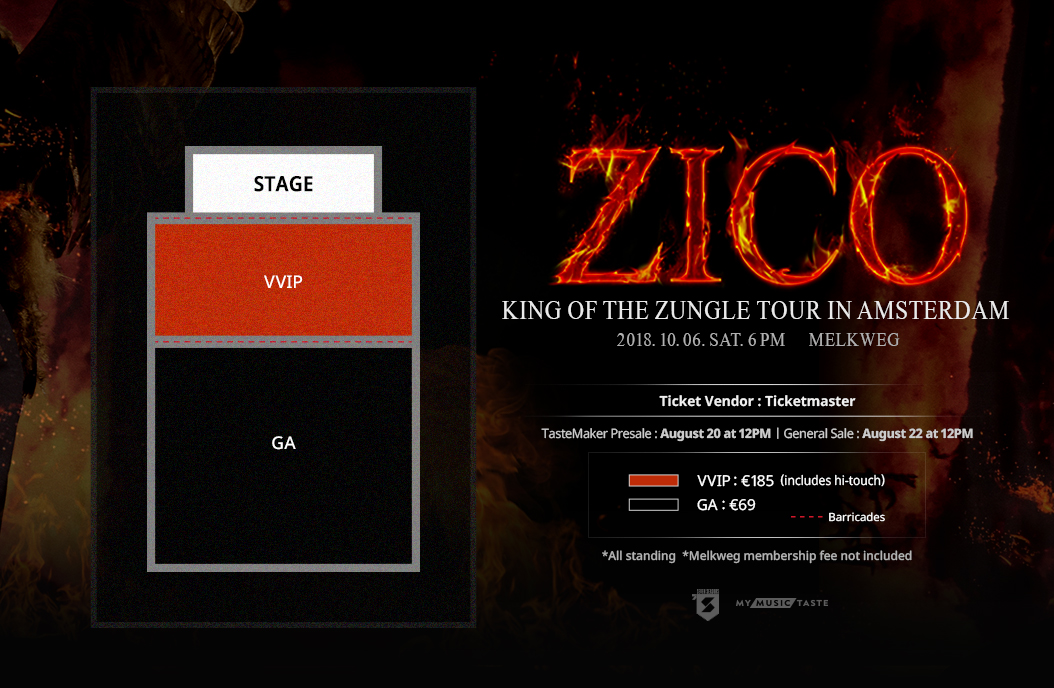 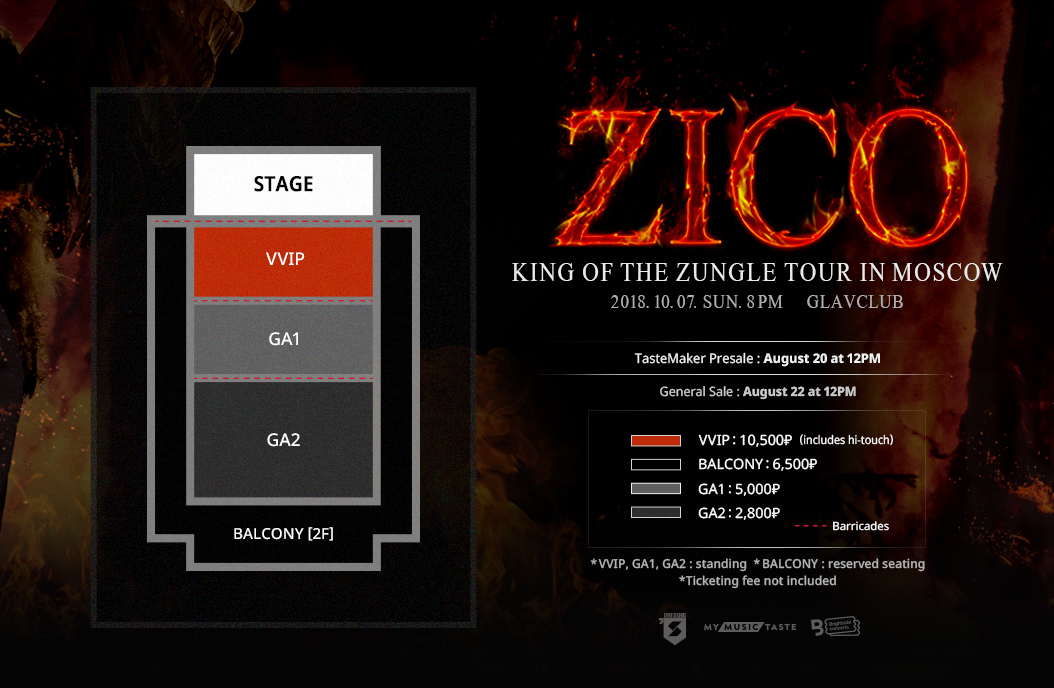 Zico is surely an artist you shall not miss in Europe. We know it will be one lit show, so please mark your calendars for the tickets sale and vote on MyMusicTaste to bring more artists to your city as well.

Scroll for more
Tap
16 movies that you should check out at the 9th Korean Film Festival in Melbourne!
Last minute reminders before Wanna One’s concert in Melbourne tomorrow!
Scroll