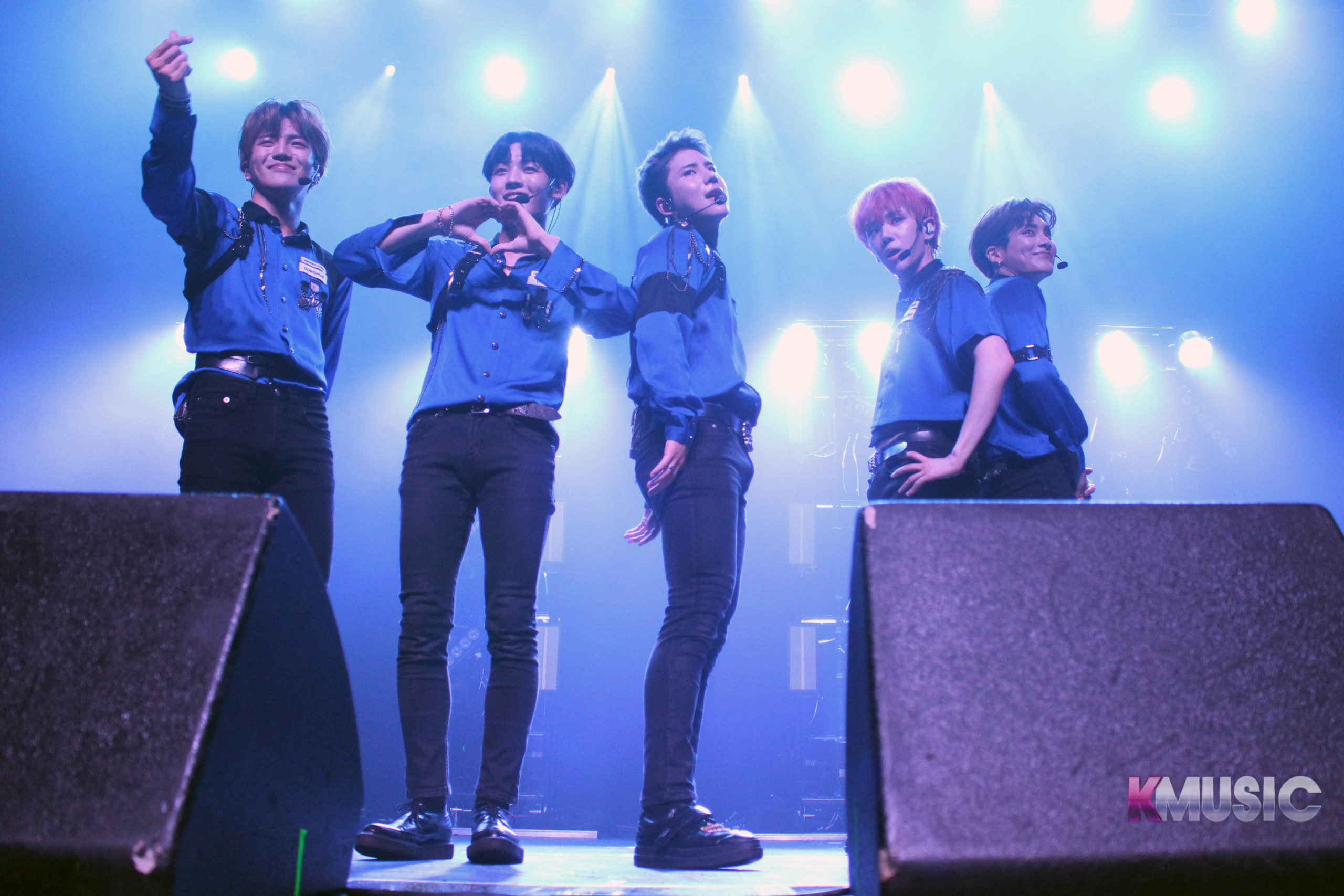 “You ready tonight?!” If the responding screams and cheers were any indication of how the night would go, it should come as no surprise that A.C.E‘s final stop on their Undercover: Area U.S. tour in Los Angeles, CA would be an unforgettable memory. Although the group performed at the Fonda Theater on a cold and rainy night on December 22nd, the inside of the venue had the heat turned up to the max with the group’s passionate performances and the fans’ endless support.

The concert was full of special unit stages, covers, and fun interactions with the fans, Choice. The night started off with one of A.C.E’s 2019 releases, “Undercover,” and the group went on to perform several of their title tracks such as “Callin‘,” “Cactus,” the five-membered version of “Take Me Higher,” and their latest release “Savage.” Aside from their title tracks, the group also performed some of Choice’s favorite B-sides and unit songs, such as “Black and Blue,” “Dessert,” “Do It Like Me,” and “5tar.”

Following the theme for the holiday spirit, prior to performing their song Callin’, the group also played a touching ment to express their love for their fans. Byeongkwan mentioned that the narration was meant from the bottom of their hearts, because their dreams were only able to come true thanks to their Choices. The group continued to show their gratitude to their fans not just during these moments, but all throughout the show. They joked around with the fans, constantly complimented the fans, and even looked out for their safety. As some Choice in the audience were struggling due to the crowd, Chan asked everyone to take a few steps back and take care of one another, and Byeongkwan even offered a water bottle to them, also mentioning that they had asked the venue to turn the AC on stronger to help. The group also didn’t shy away from verbally expressing their affection, stating that they love their Choices “MORE,” that they love them “3000,” and that they love them “PERIOD.”

Proving the group’s talent as well-rounded performers, and enjoying the night, showcasing their close bond with their fans, A.C.E really left behind a night full of special moments for everyone. Thank you to My Music Taste for allowing Officially Kmusic to attend, and be sure to check out photos from the show on our Facebook page!