The popular co-ed group K.A.R.D is going to meet their European fans this September! They will be visiting five cities in Europe during their ‘2017 WILD K.A.R.D TOUR IN EUROPE‘.

The stops in the tour are as follows: 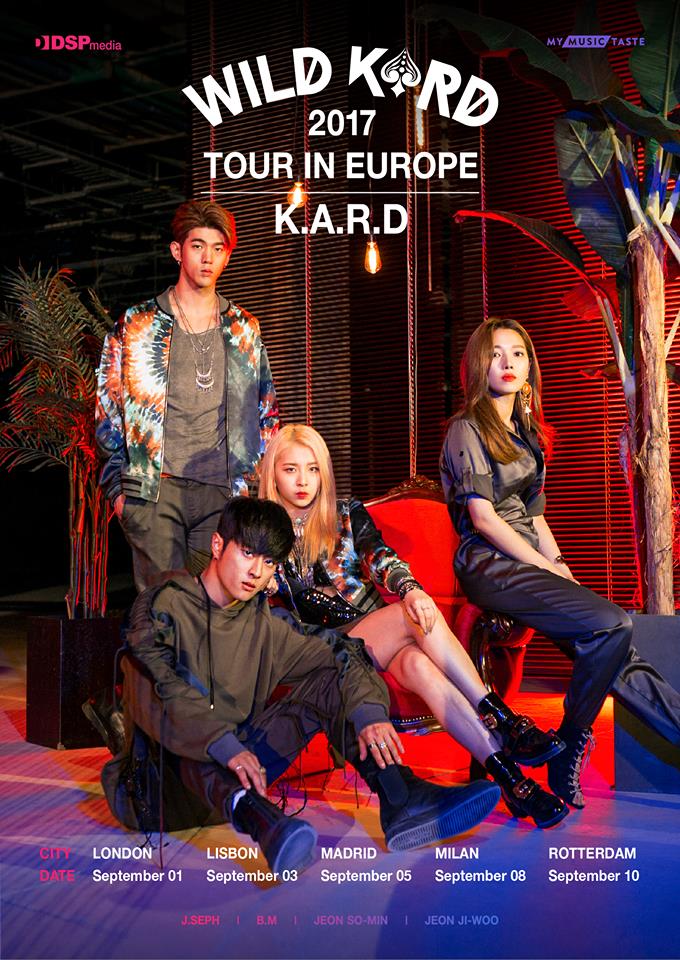 K.A.R.D has been selected as Billboard´s ‘Top 5 K-Pop Artists to Watch in 2017‘ even before their debut which is now officially set for July. The group consists of two male rappers and two female vocalists. Their first project single ‘Oh Na Na‘ caught the eyes of fans and music critics. Their final project ‘Rumor‘, released in April this year,  topped the iTunes´s charts in 13 countries.

Details about venues and tickets are yet to be release so stay close to us for more updates!