7 reasons we can’t wait for BTS The Wings Tour in Sydney next week!

7 reasons we can’t wait for BTS The Wings Tour in Sydney next week!

Can you believe that BTS will be here in less than a week?! Here are 7 reasons Officially Kmusic can’t wait for South Korea’s Bulletproof Boy Scouts to arrive in Sydney!

1. We’ll definitely get a sneak peek of their trip to Australia!

BTS are well-known for being super active on social media, and have over 5.7 million followers on Twitter! They also chat regularly with ARMYS through the V Live app, and live broadcast while eating snacks and listening to music in their hotel rooms! We can’t wait to see them warming up for the concert in Sydney!

Now that we’ve all seen the hilarious music video for “Spine Breaker” that was released on V Live earlier this week, we’re hoping that plenty of old favourites make it into their Australian set, as well as current tracks like “Spring Day” and “Not Today”! What do you guys want to hear?! 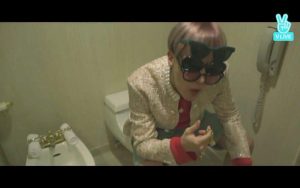 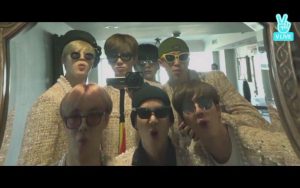 3. Their choreography is incredible!

You only need to watch one BTS music video to see that their dance skills are on another level! And we’re pretty sure that we’re going to be treated to a solo set from lead dancer J-Hope, and possibly Jimin as well! You can check out their performances from the 2016 MAMA awards below!

4. We can’t wait to see what projects Australian ARMYS have planned!

An epic fan project for The Wings Tour 2017 went viral, after Thai fans spelt out “Be Ur Wings Forever” with purple light sticks across two levels of the stadium! We wonder what you’ve got up your sleeves for next Friday ARMYS? 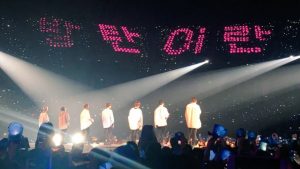 5. There are rehearsal passes up for grabs!

500 lucky VIP ticket holders will get to see BTS rehearsing at Qudos Arena before the show! Although the winners won’t be announced until late next week, our fingers are already crossed for you!

6. The merch line will be worth the wait!

We’re also waiting for the official merchandise announcement, but The Wings Tour in other cities has had items like shirts, bandannas, caps, bags, towels, phone cases, stickers, photo cards, posters, and even earrings on offer! 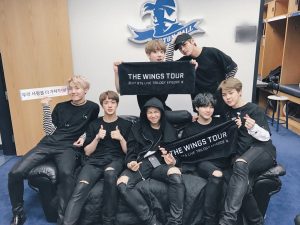 7. It’s going to be a night to remember!

After selling out the 10,000 person capacity venue at Qudos Bank Arena, we already know that Australia is going to turn up for BTS! 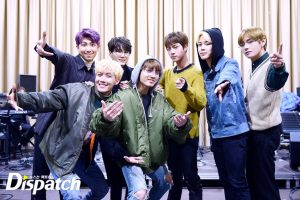 We’ll be posting a “BTS Concert in Sydney FAQ” in our BTS Facebook Event page next week answering all your questions, so keep an eye out for it! And for those not going to the concert next Friday, you can live vicariously through our live Twitter coverage which will be up @OfficialKmusic on the night!