82culture has just released a teaser image. They have announced that three artists from a popular hip hop label will be performing in Sydney and Melbourne this coming December. Not much else has been revealed, except a hint that the label has a presence in Mnet‘s rap show ‘Show Me the Money 7′. Furthermore, local artists will perform at the same live event. 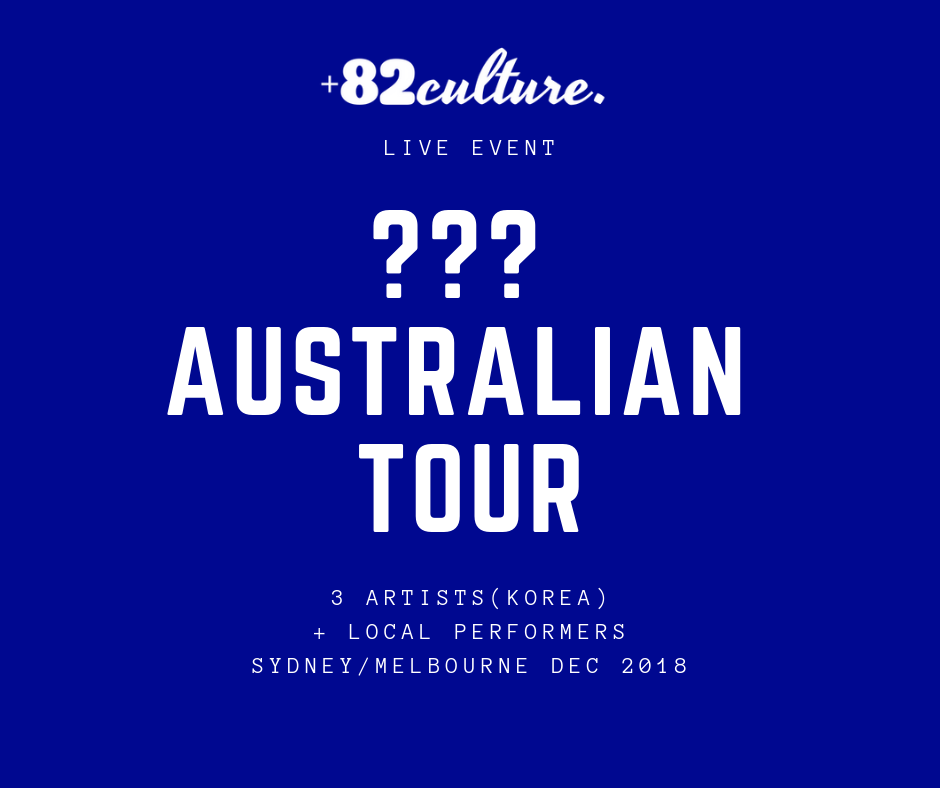 So far this year, various K-hip hop artists have performed in Australia. Dok2 and The Quiett performed at Trak Live last June, while Nucksal held his ‘One Night in Hongdae‘ concert in Max Watts, Melbourne. Furthermore, MFBTY, made up of Tiger JK, Yoon Mirae, Bizzy and Junoflo, are perfoming in Big Top Sydney at the end of this month. DPR Live will also perform at the Metro Theatre in Sydney this December. K-hip hop is becoming more popular in Australia as more artists are coming here for the first time ever to perform.

Who do you think the three artists that are performing at 82culture‘s live event in December are? Let us know in the comments below!