A-Prince continues their schedules in Singapore by holding a special showcase at the DBS Arts Centre, Home of Singapore Repertory Theatre on May 18th.

To create a perfect atmosphere, a local dance group Cl1max opened the show. The star of the night, A-Prince, began their performance with a song, written by MBLAQ‘s G.O titled, “You’re the Only One“.

When they finished, they briefly introduced themselves as a group and individually. The group then performed one of their songs, titled “Oh Girl”. A-Prince’s leader, Sungwon, was really happy that the audience sang it together with them. A-Prince has also performed TVXQ‘s debut song, “Hug”, and one of their the greatest hits “Mirotic”.

After a short quiz, five lucky fans were awarded with a photo and a hug from every member. A-Prince then performed two of One Direction‘s songs, “What Makes You Beautiful” and “One Thing”,  during which they came down from the stage to interact with their fans. 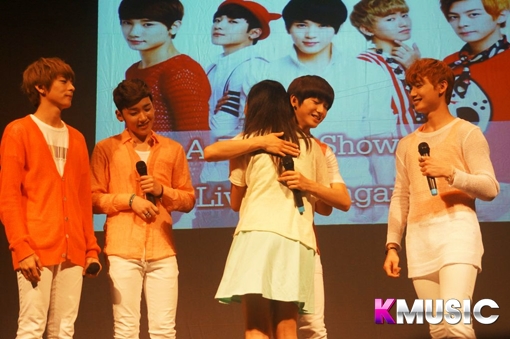 During a short break, the host asked if Sungwon and Seungjun would like to share some secrets with the fans. Sungwon revealed that he really likes perfume and his favorite is Bvlgari, and that member Siyoon loves to stay close to him. Seungjun confessed that he likes sports and he plays badminton, squash, basketball , tennis and loves to run. He also added that member Woobin collects caps. 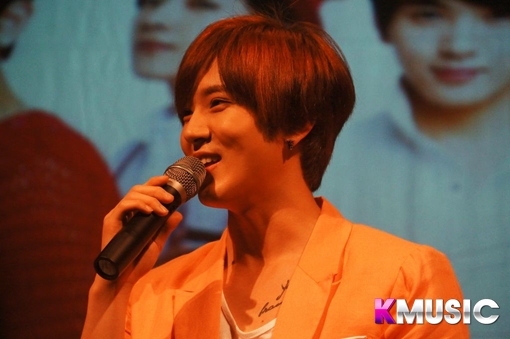 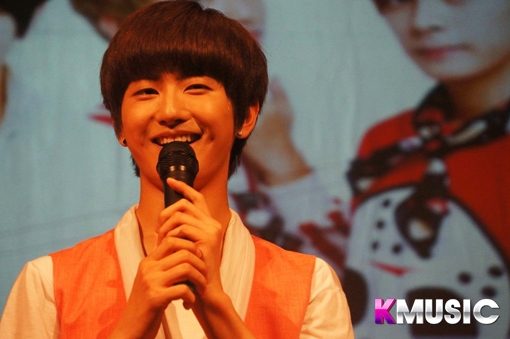 The host later asked Sungwon and Seungjun to do the “Gwiyomi Player” which has become very popular, not only in South Korea, but in other Asian countries as well.

After this short and cute break, members Siyoon, Minhyuk and Woobin danced to P.Diddy‘s song “I’ll be Missing You”. 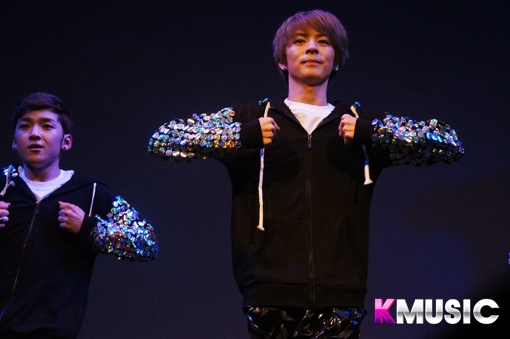 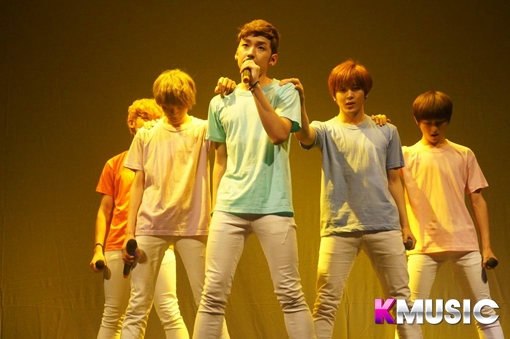 What pleased the fans the most, was the fact that A-Prince performed songs which have not been released yet; one titled “My Lady” –a song of confession to their fans- and the other “Mambo”.

On May 18th, members Woobin and Seungjun also celebrate their birthdays! Even though they are far from home, two cakes were prepared for them and their international fans gave them a special gift- a video tribute, which the boys watched together. 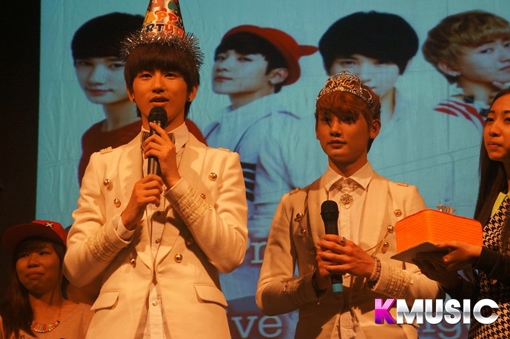 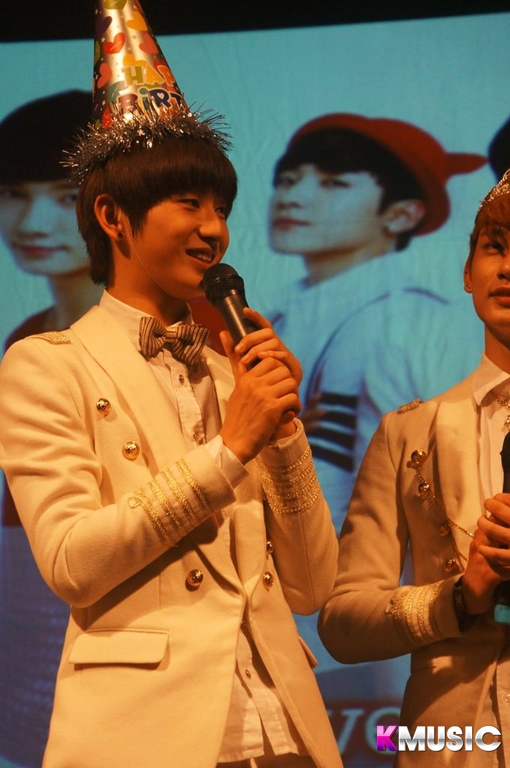 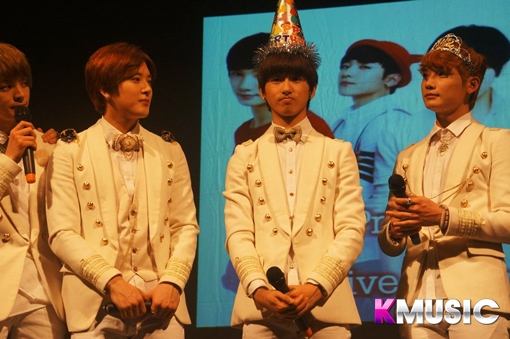 A-Prince ended their showcase with a song titled “Hello”, but due to the fans’ request, they also performed PSY’s “Gangnam Style” and “Gentleman”.

The group will continue their schedule in Singapore with the “A-Prince Hi-Five Session/Meet & Greet” on May 19th. 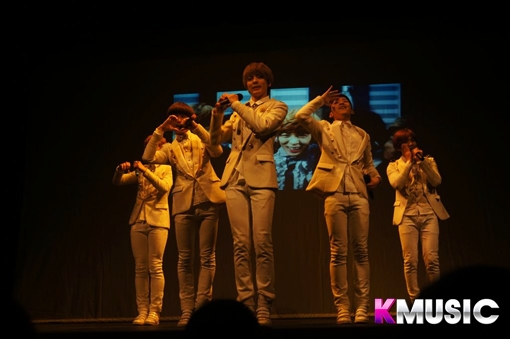 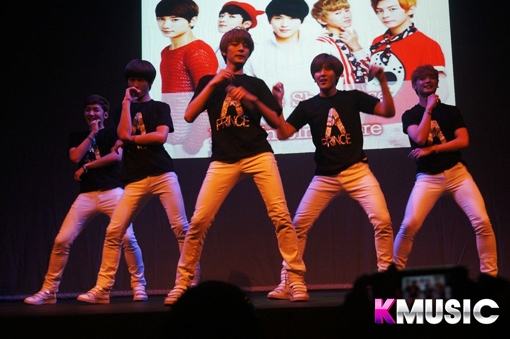 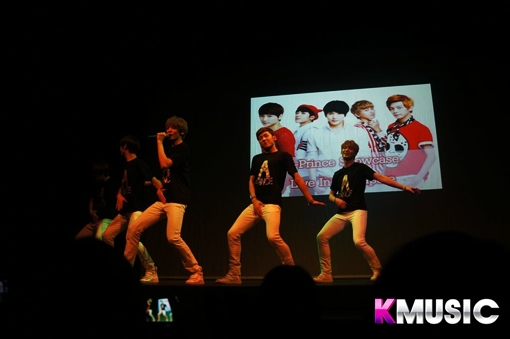