A-Prince are currently in Singapore to meet their fans through a special showcase.

To start off their showcase, A-Prince held a press conference on the first day of their visit, May 17th, at the Orchard Hotel. 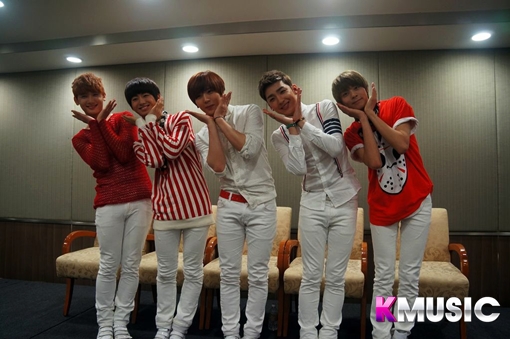 The members patiently answered the questions during the conference, and revealed that both the group members and their manager played a part in choosing their name A-Prince; their previous name being TAKEN.

One of the reporters was curious which member wanted to see the Merlion (a mythical creature with the head of a lion and the body of a fish, used as a mascot and national personification of Singapore). Minhyuk happily answered that it was him, and luckily the group managed to go there before the press conference.

While the members were answering however, the venue experienced a total blackout. Luckily it was quickly resolved and the press conference moved on. 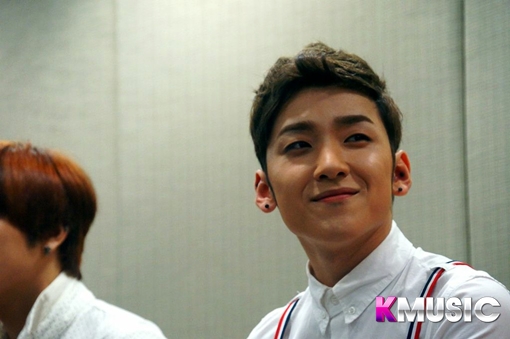 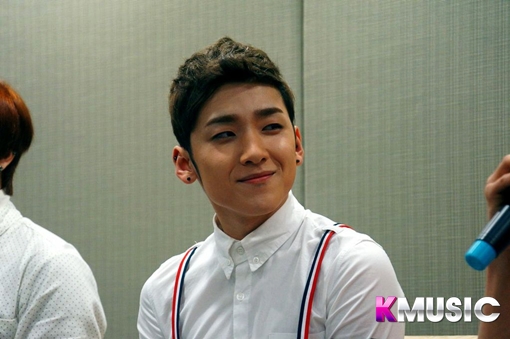 A-Prince’s members were then asked about the unique characteristics of each member that deserve the ‘A’ grade. Siyoon shared that he is called the cute prince and he is good at aegyo, and proved it by showing a cute expression to the attendees. Minhyuk said that he is the sexy prince. However, his attempt to do a sexy wink was not very successful and the members began laughing. Sungwon confessed that he is a Prince of Princes, but he couldn’t help his shyness when he tried to show his charms. Woobin ensured everyone that he is a pure prince, while Seungjun‘s smile proved that he is a smile prince. 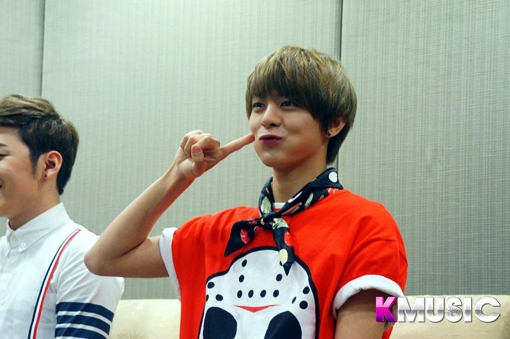 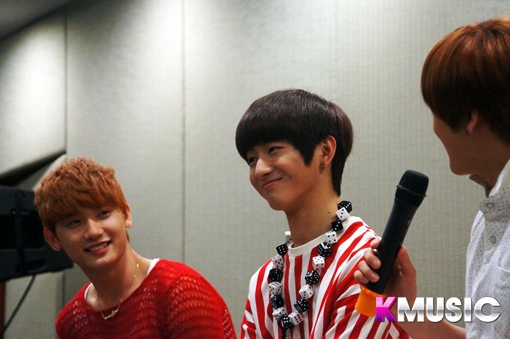 The group also revealed some details about their future activities. After wrapping up their promotions for their first mini-album, they are currently spending most of their time in the studio, working on a second mini-album! Sungwon also confessed that their upcoming return will be a challenge for them because they will be trying to mix different genres. 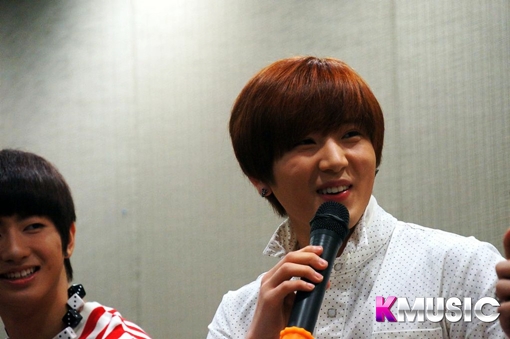 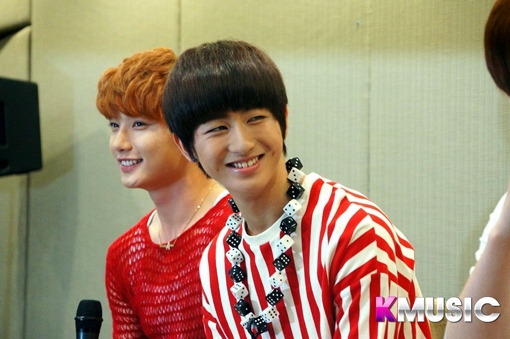 The members also revealed the artists they would like to collaborate with in the future. Siyoon would like to sing with SE7EN, Minhyuk with Beenzino, Sungwon with JYJ‘s Jaejoong, Woobin with a global star PSY, while Seungjun would like to work with Noel. 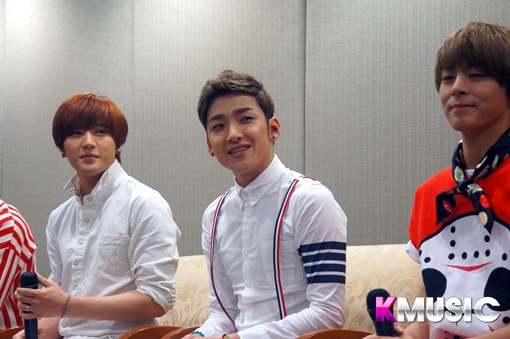 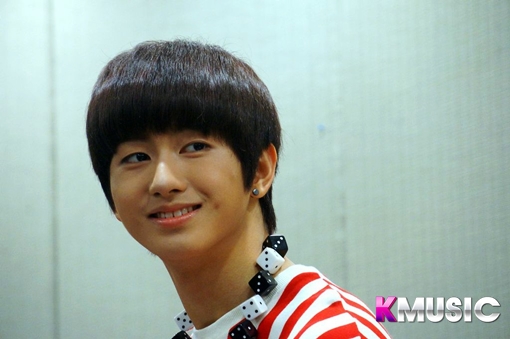 During the conference, A-Prince had a chance to share some of their weird habits. That’s how we know that Siyoon snores a lot when he sleeps while Minhyuk scares other member with ‘sleep talking’. 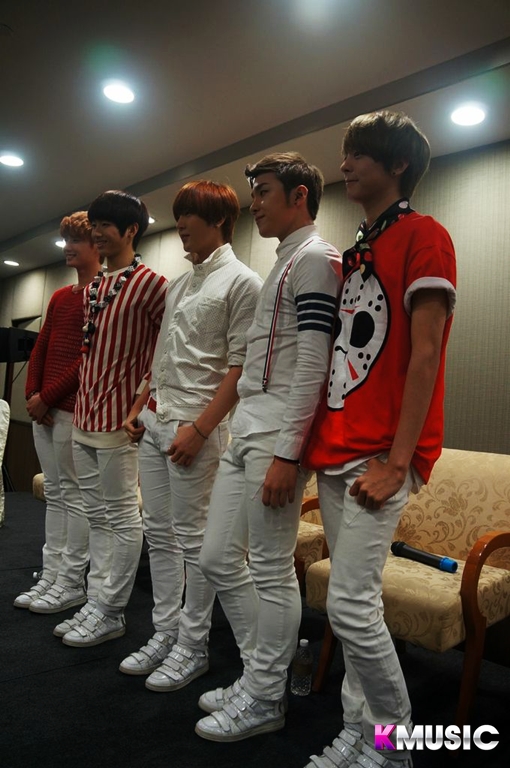 KMUSIC asked, “A-Prince has been recently appointed as Honorary Ambassadors for the Korean Boy Scouts. How important is that for you?’ for which member Minhyuk answered: “I feel very honoured and this is our motivation to be better.” Sungwon later added, “When my younger brother heard that we became the honorary ambassadors, he was very proud of us.” 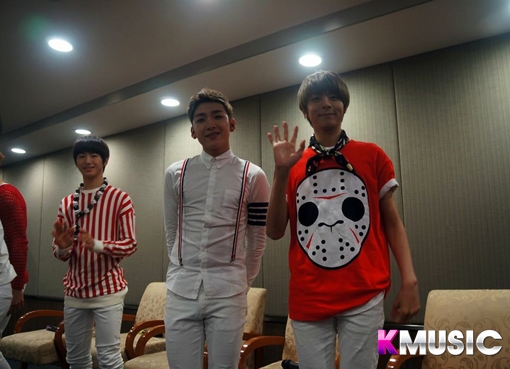 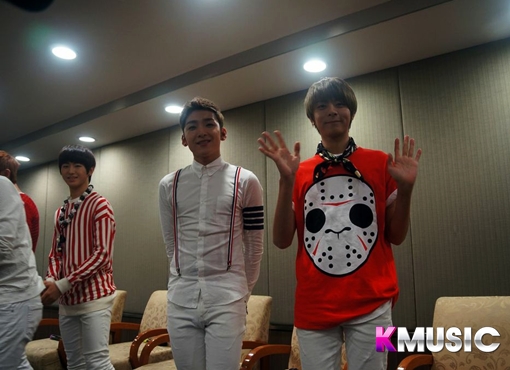 A-Prince will continue their schedule in Singapore with a fan-sign/photograph session, a live performance during “The Sheng Siong Show” and their showcase on May 18th followed by the “A-Prince Hi-Five Session/Meet & Greet” on May 19th.