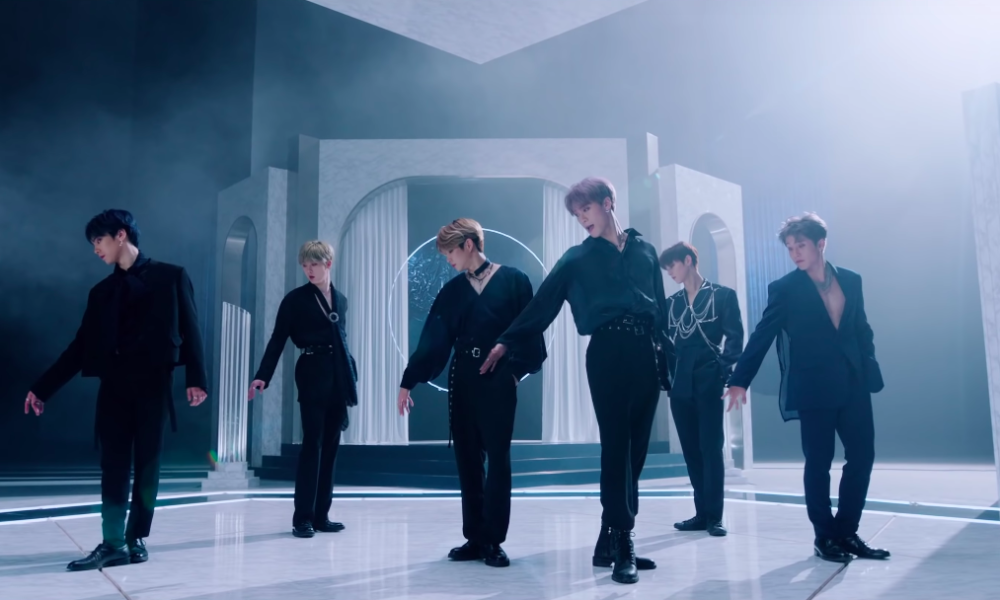 On November 20th, ASTRO released the MV for ‘Blue Flame’ and sixth mini album of the same name. Check it out below!

True to its title, the MV features orange flames and dark blue backgrounds. Wearing shimmering and sparkly makeup, the boys are dressed in dark-coloured suites with glittering jewelry. The group is known for their aesthetics and visuals. In one scene that gained media attention, Moonbin is bound up in chains with his shirtless back facing the camera with a wolf next to him. This creates a supernatural and fairytale-like feeling. The song is upbeat and catchy with an impressive choreography. For the second chorus, the primary colour is a light brown instead of blue. The group’s mature sound and image have wowed AROHAs and listeners alike.

Although Moonbin was prominent in the comeback itself, he will not be participating in activities and promotions due to health concerns. The five members will proceed as per normal.

What do you think about ASTRO‘s comeback with ‘Blue Flame’? Let us know in the comments below.