ASTRO ‘Knock’ it out of the park in stunning comeback MV! 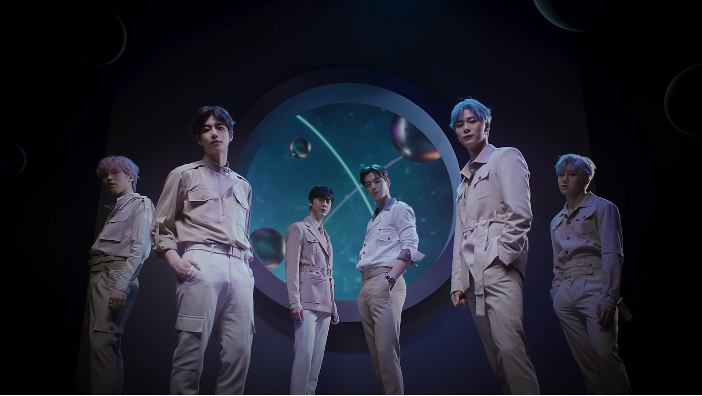 ASTRO ‘Knock’ it out of the park in stunning comeback MV!

On May 4th, ASTRO released the MV for their title track, ‘Knock’ off their 7th mini album, ‘Gateway’. Check it out below!

The song’s lyrics depict reminiscing about the times when two former lovers were together and wanting to go back in time to bring them to a brighter world. The song has an upbeat feel with a hard hitting chorus as the bass matches to the beat of the vocals.

The MV itself starts out with the scene of the moon appearing in the night sky in outer space. Throughout the MV, most scenes have a deep blue theme that is also reflected in the mini album’s cover. The choreography is very explosive to match the sound of the song, which has the group exude their incredible skill in dance. The MV ends with the members all in outer space, with charismatic expressions.

This comeback marks the return of member Moonbin who could not participate in their previous comeback, ‘Blue Flame’ with title track of the same name, due to health reasons.

ASTRO‘s mini album, ‘Gateway’ contains a total of six tracks and is available for purchase and streaming now!

What did you think of ‘Knock’? Let us know in the comments below!

Scroll for more
Tap
NCT Dream make a striking comeback with ‘Ridin” MV
Taeyeon is as ‘Happy’ as can be in new colourful and bright music video!
Scroll