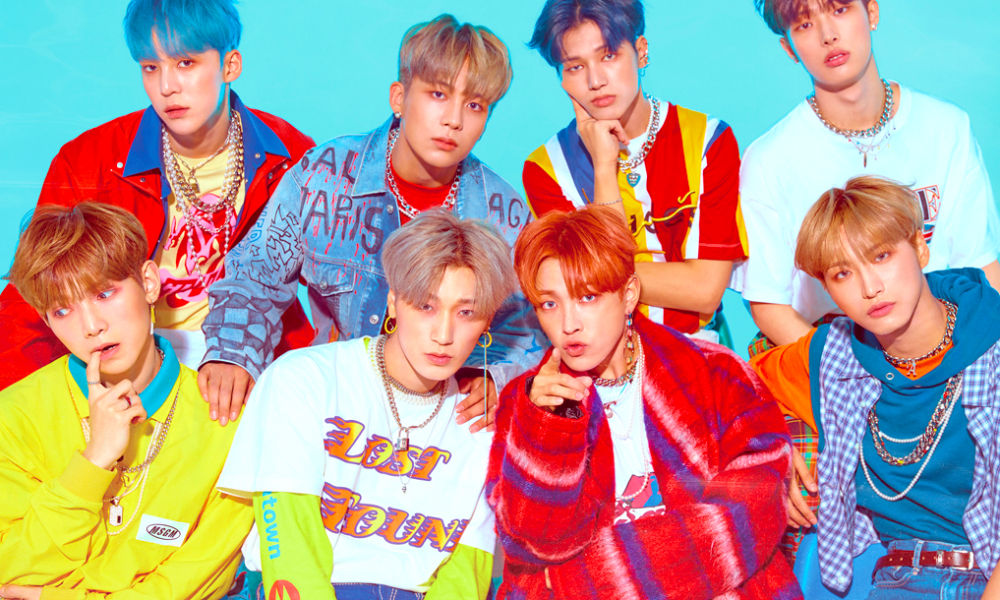 Atinys, it’s official! MyMusicTaste has confirmed that ATEEZ will be coming to Australia this August for ‘The Expedition Tour‘!

After sold out tours in both the US and Europe, monster K-pop rookie boy band ATEEZ is heading to Australia to meet their fans, performing at Melbourne’s Margaret Court Arena on August 9th and Big Top in Sydney on August 11th.

ATEEZ‘s concerts were initiated by fans who created a viral movement on www.mymusictaste.com, an online service that brings together music fans to request their favorite artist’s concert. In order to meet the ever-growing demand of ATEEZ’s fans, the band partnered with MyMusicTaste to meet with their avid fans from Australia.

Pre-sale tickets with a 10% discount benefit, exclusive to MyMusicTaste users who requested ATEEZ in Melbourne and Sydney, will be available on June 12th at 11:00am AEST. The general public on-sale for tickets starts June 14th at 12:00pm AEST. Tickets are available for Melbourne show via ticketek.com.au and Sydney show via bigtopsydney.com. 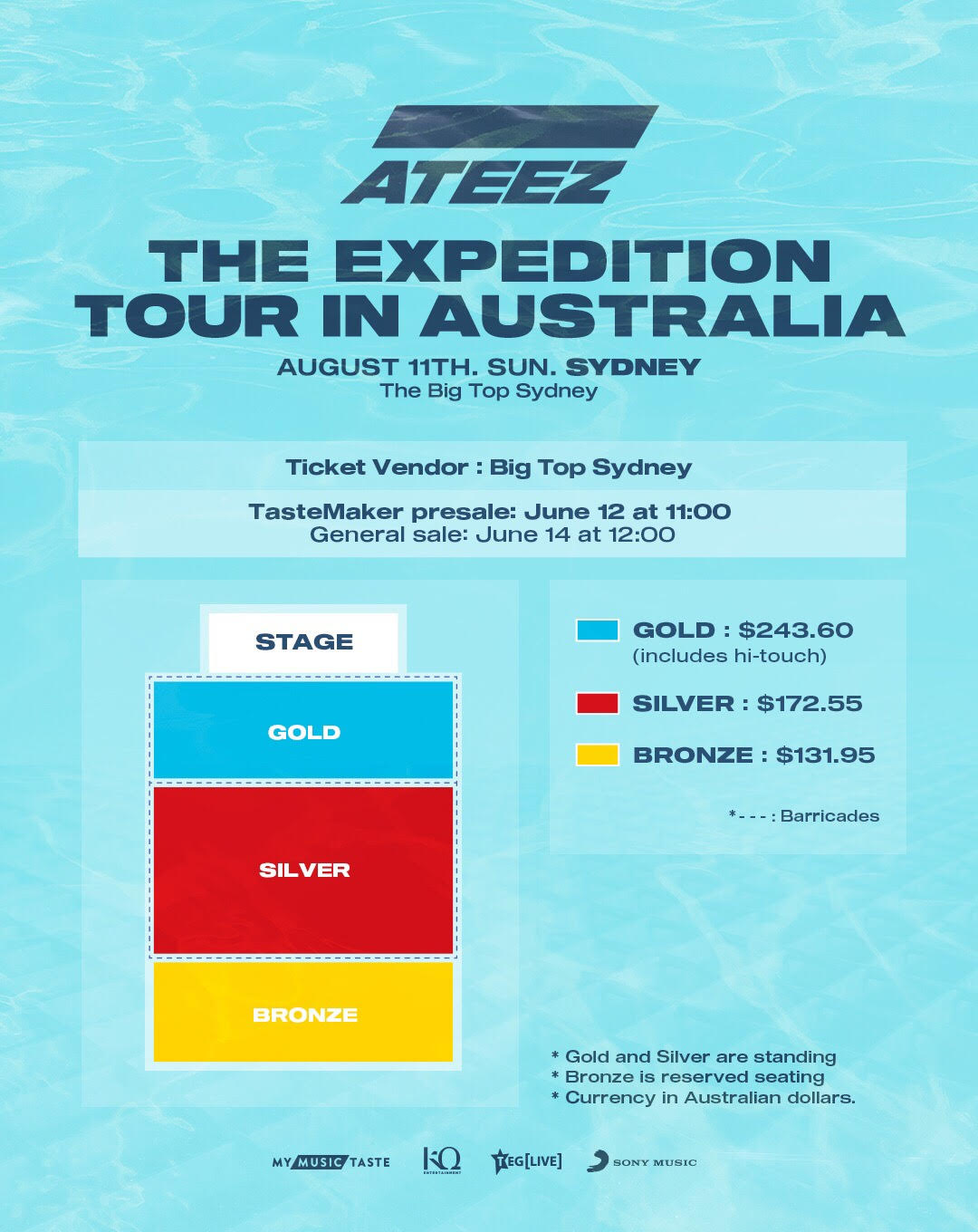 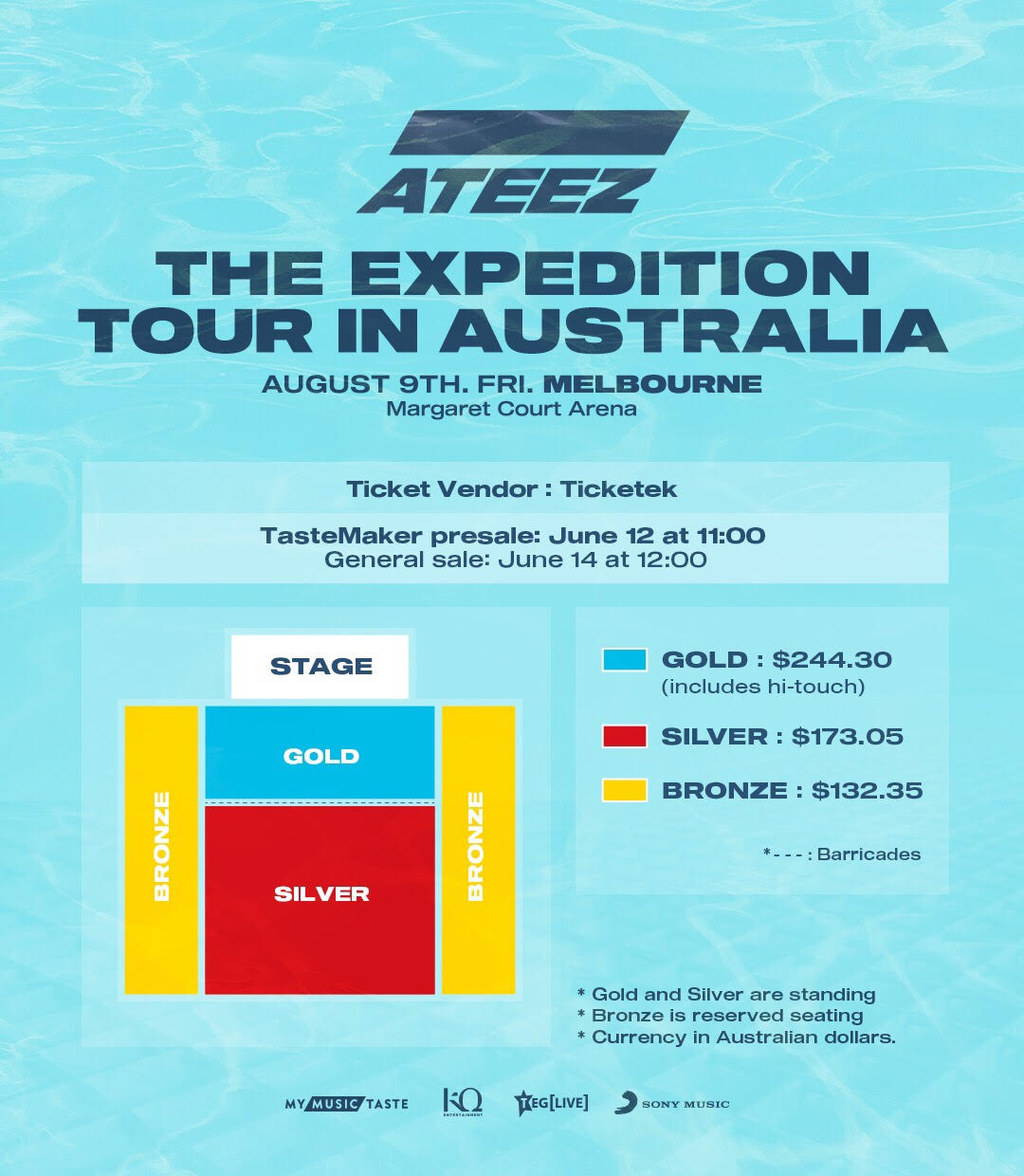 The seating plans for both cities vary. Hence, Melbourne tickets are slightly pricier. The three categories are: gold, silver, bronze. Prices are stated as above. Gold tickets include a hi-touch opportunity with the group. 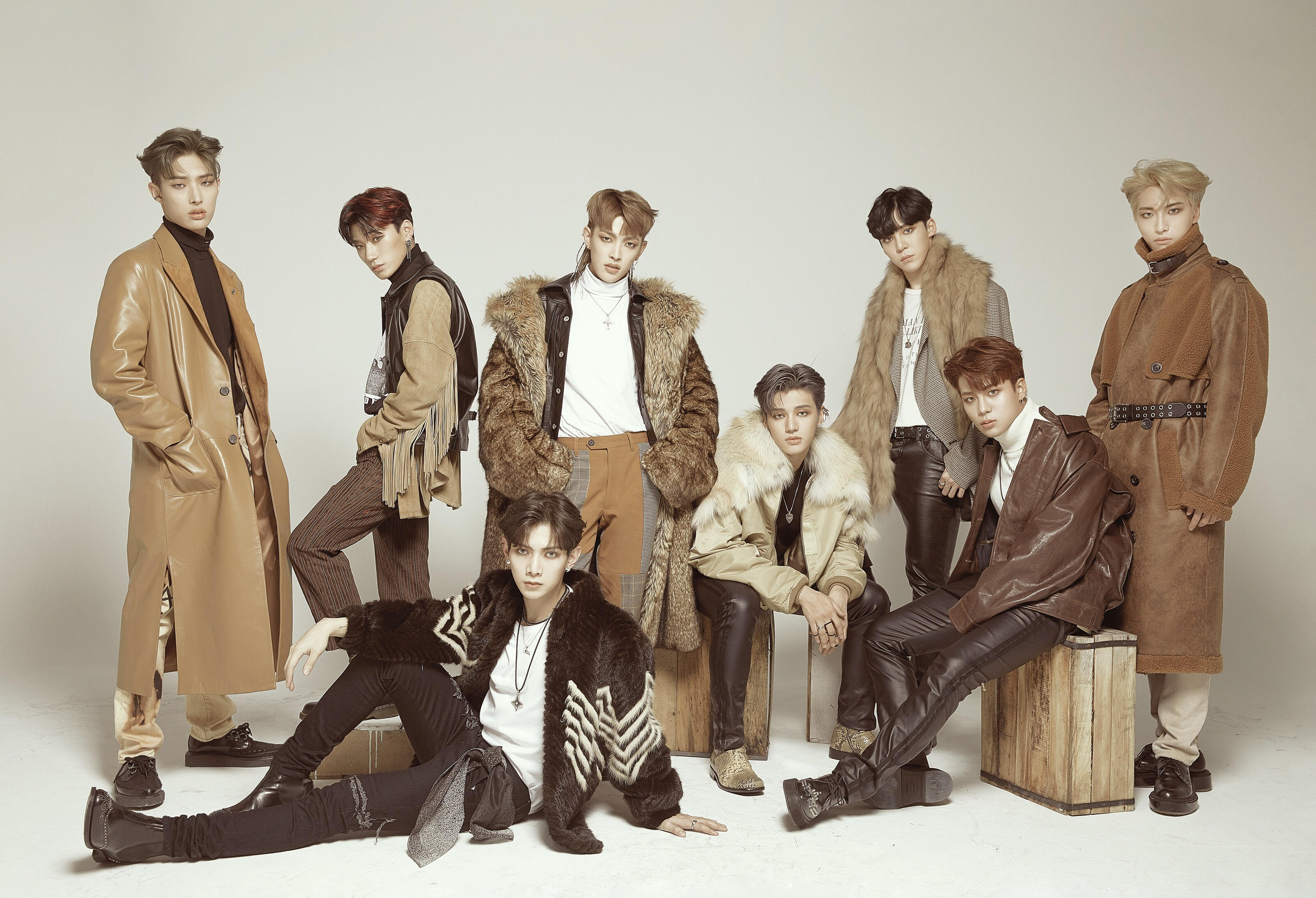 KQ Entertainment’s rising 8-member boy band is already being hailed as one of the main representatives of the new K-pop generation for their well-crafted performances and producing abilities. ATEEZ received worldwide attention even before their official debut through their YouTube series ‘KQ Fellaz Exciting USA Training‘. Their practice videos also went viral, with ‘KQ Fellaz – Performance Video I‘ having over 2 million views.

The boy band officially debuted as ATEEZ on October 24th, 2018, with ‘TREASURE EP.1: All to Zero‘, a perfect showcase of their built-up talent through KQ Fellaz. They then followed up with their explosive second album, ‘TREASURE EP.2: Zero To One‘, reaffirming their status as the new K-pop generation global phenomenon.

Concert goers to ‘ATEEZ – The Expedition Tour in Australia‘ are in for a special treat: The band will be performing the new songs from their upcoming album, ‘TREASURE EP.3: One To All‘. This album, set to be released on June 10th, will be a special one for the band and their fans since its main promotional song was voted and chosen by the fans through a week long voting project: ATEEZ x ATINY: Vote for ATEEZ’s Next Song

The up-and-coming K-pop group also broke records by selling out both their first North American and European tours, also organised and promoted by MyMusicTaste, in 15 cities earlier this year.

The band has also been featured on Billboard, MTV, The Grammy, DAZED and many more outlets around the world.

Check this page for more details.

Don’t miss out on this amazing opportunity to see one of K-pop’s hottest rookie groups live for the first time in Australia!

Will you be attending ‘The Expedition Tour‘ in Australia? Let us know in the comments below.