After releasing a series of individual teaser posters for their comeback, BTS have now released another set of posters which sees the members team-up in the images.

The first of the posters saw V and Rap Monster paired up.

The message on the poster reads, “We were all alone after returning from that ocean“.  The poster also features the words “Save me” in chalk, which can also be read as “I’m fine” when read upside down.

Check-out the poster for BTS’ V and Rap Monster below: 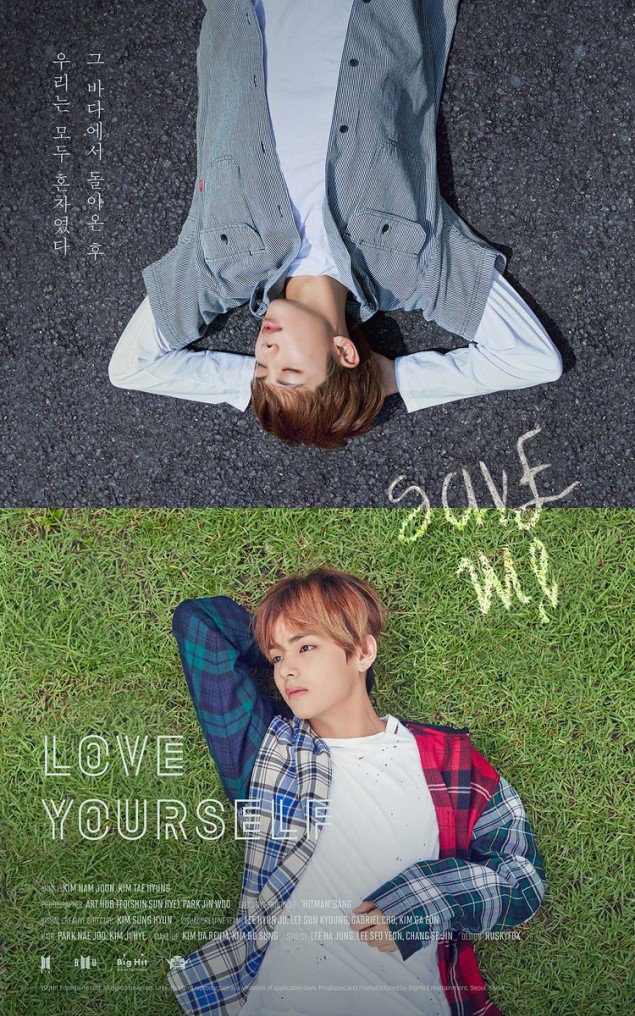 In the second poster, J-Hope and Jimin have been paired up.

J-Hope sits in a bright sunlit room with a smile on his face, while Jimin is in a darkened room staring straight ahead with a feeling of despair.

The message on their poster reads, “We were all alone after returning from that ocean“.  The same message that appeared on the poster for V and Rap Monster.

Take a look at the poster for BTS’ J-Hope and Jimin below: 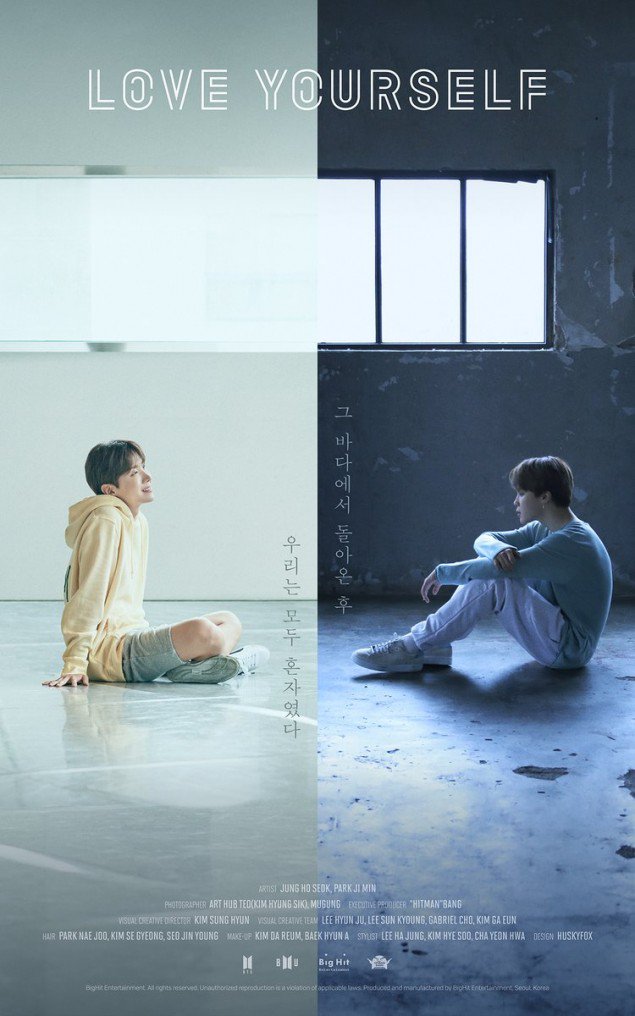 In the third poster in the series, Jungkook and Suga have been teamed up.

Suga is looking very downcast while seated in what looks to be a waiting room, while Jungkook is laying on a hospital bed.

The message on their poster reads, “We were all alone after returning from that ocean“.  It is the same message that was on the previous two posters.

Take a look at the poster of BTS’ Jungkook and Suga below: 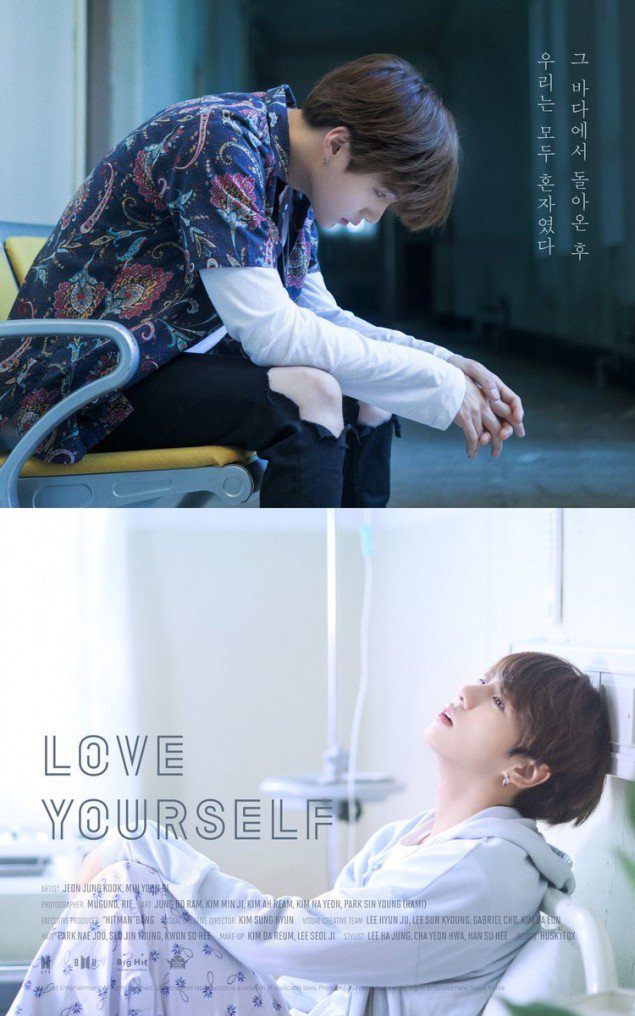 As we have previously reported, ‘Love Yourself’ is described as a large-scale and new series that will continue on into 2018.  It is a follow-up to the previous series, ‘The Most Beautiful Moment in Life’, ‘Wings’ and ‘You Never Walk Alone’.

It is expected that BTS will be making a comeback in September with a new album that is linked to the ‘Love Yourself’ concept.

What are your thoughts on the messages on these posters?  Have you come up with a theory on the concept yet?   Let us know your thoughts in the comments below.