The iconic “Big Hit: Music & Artist for Healing” intro buffers on your screen, as you refresh YouTube in a mild (or not so mild) panic on mobile data or WiFi at 5:59pm KST. But based on the trailer, you’re not sure what to expect… carnival…horror…grunge…or pure EDM? The flash flood of media articles, Twitter content, American radio interviews, Billboard voting, and insane general hype on every platform over the last few days has been almost disorienting; is this even K-Pop anymore? ‘FAKE LOVE’ is the answer.

If you haven’t seen it yet, here’s the *inserts Kermit drinking tea meme* (Is it Lipton? We think it’s Lipton, but it could be Twinings…@ us with your knowledge please).

From 0:16, ‘FAKE LOVE’ intrigues. The first seconds of staggered, dramatic choreography reflect the conflict of the lyrics (“For you I could pretend like I was happy when I was sad” [trans]), and smoothly introduces their angst-riddled, post break-up, and significantly darker concept. The videography cuts smoothly between members, RM, Jin, Suga, J-Hope, Jimin, V, and Jungkook, revealing a wardrobe that’s a seamless blend of all four of the concepts released for the album (Y, O, U, and R).

Although V and Jin are admittedly the regularly featured faces of the group, there’s no argument that Bangtan have seven visuals this comeback; Jimin and J-Hope’s distinctive orange and purple highlights take centre stage in several scenes, as does the rest of the group’s effortlessly chic double denim styling (listen ‘Super Troopers’, this look is superior). 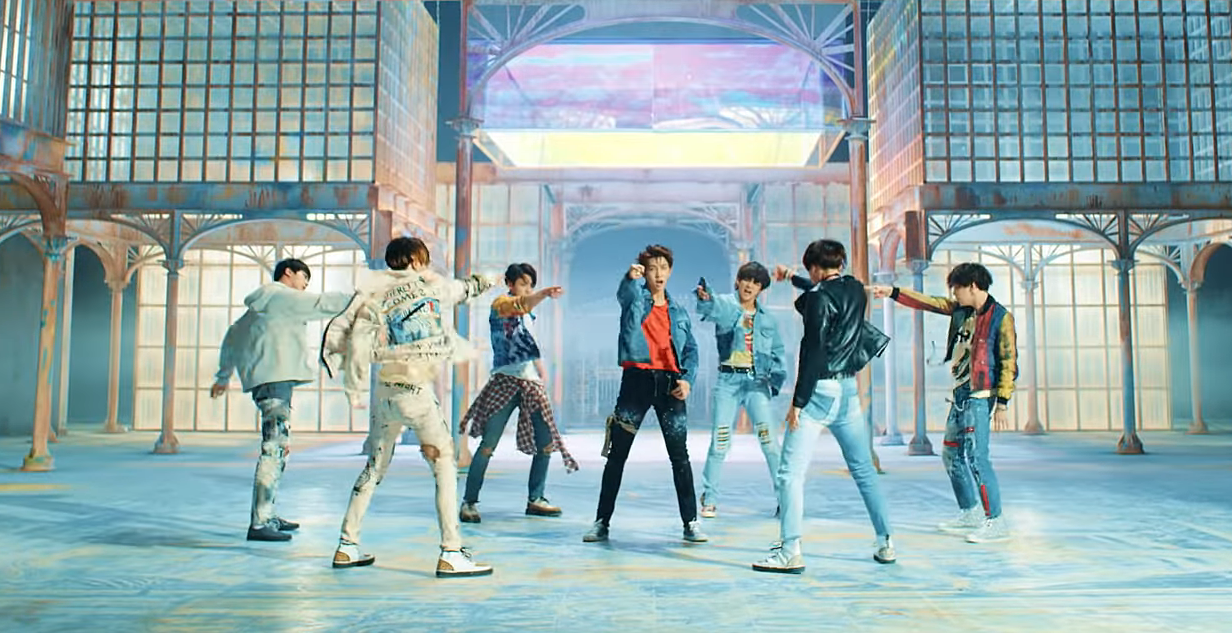 ARMYs have noticed several elements that have survived through previous BTS MVs…we love a theory, so share your thoughts below OR on our Officially KMusic Facebook  auto-post.

ARMYs might have just missed out on the Guinness World Record for the most used hashtag in 24 hours this morning, but BTS have started carving out their own history within hours of the MVs release. As of 9pm KST, ‘FAKE LOVE’ achieved a real time all kill on six music charts, received over 1 million likes in just 39 minutes, and over 4 million views in under 3 hours (faster than any of their previously released MVs, including their album trailer Singularity and J-Hope’s Daydream).

BTS GET DEEP WITH THEIR FAVE KIWI

In the myriad of LA-based press interviews released today, one interview from our neighbours across the pond really stood out from the flock (pun completely intended, and yes, we are based in Australia). Liam McEwan of J-14 Magazine, who had a decidedly sweet interaction with BTS last year at the American Music Awards, asked the kind of questions that ARMYs wanted to hear: “What kind of message are you trying to send with this new era of ‘LOVE YOURSELF”’; “V…you kind of set the tone for everything, was that a lot of pressure for you?”; “Do you feel a moral obligation as a successful group, internationally around the world, to do social conscious songs? Should this be a necessity for people with your level of fame?”

RM: This time we want to focus on some of the parts of love that you want to run away from…if you’re untrue to yourself, the love won’t last…the love could be between a person and a person, or between me and myself.

Suga: I think anyone with influence should be trying to send out a positive message…I think it would be better for the world [trans].

ICYMI (or in case you haven’t heard yet)

Our quick visual intro to the 11 tracks featured on ‘LOVE YOURSELF 轉 Tear’, for something a little different, with minimal spoilers. 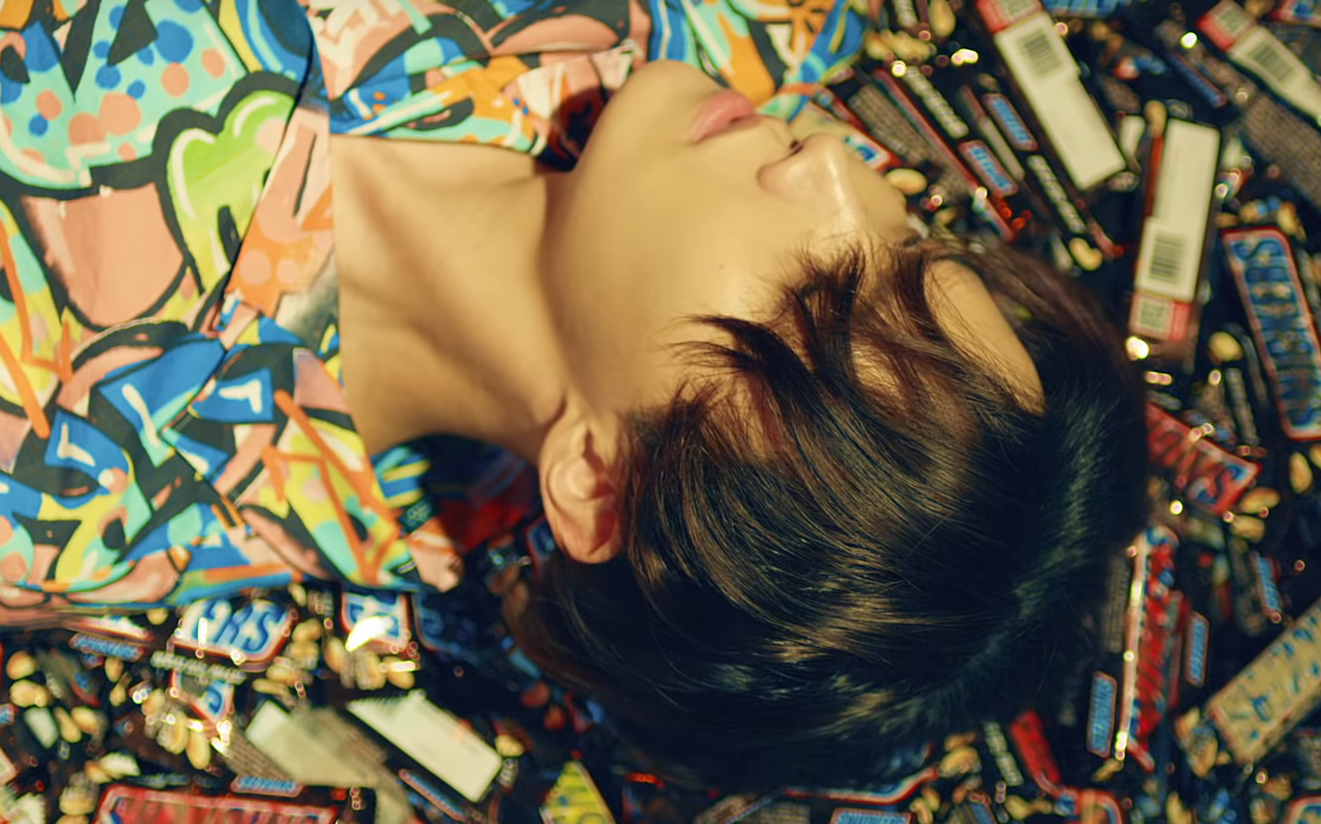 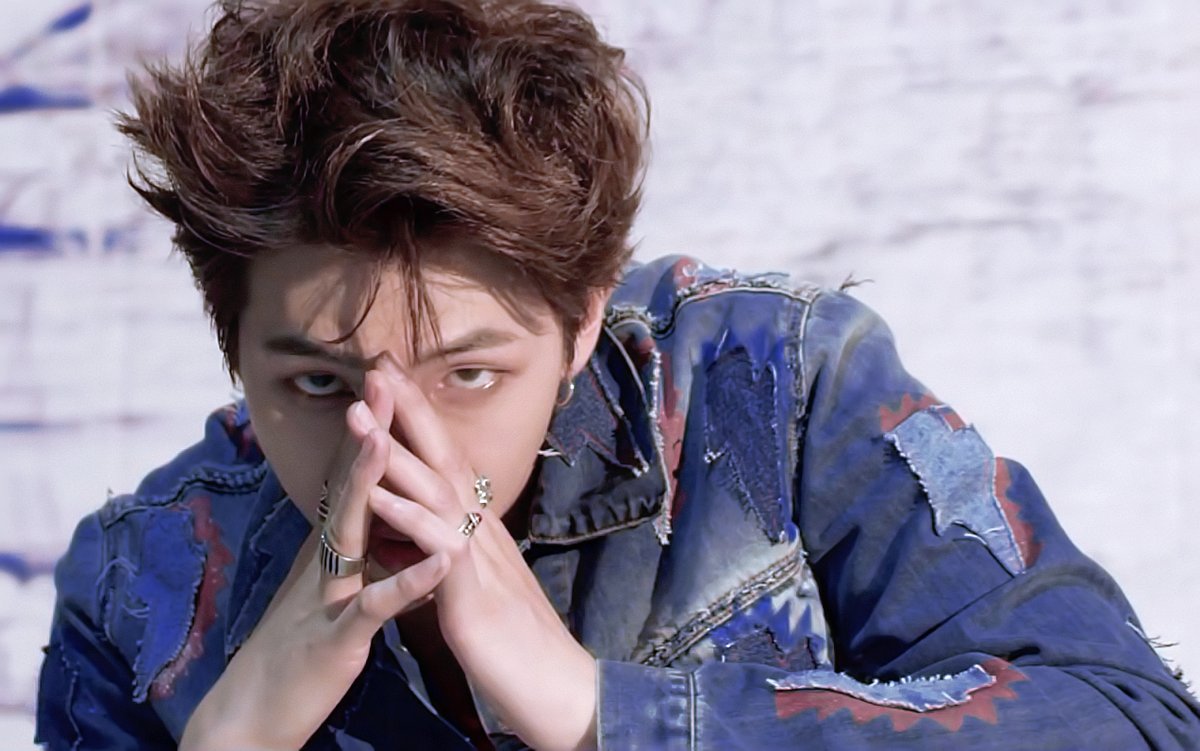 You can stream ‘LOVE YOURSELF 轉 Tear’ on Spotify, iTunes, Melon and various other official music platforms from today onwards. Plus, if you have Monday 21 May off work, you can catch their live performance of ‘FAKE LOVE’ at the 2018 Billboard Music Awards (Red carpet coverage starts at 8:00am KST).