BTS Wins At the Shorty Awards

BTS Wins At the Shorty Awards

Congratulations to BTS for winning a Shorty Award! The group won an award in the Arts & Entertainment category for Music. The category also included other artists including Ariana Grande, Chance the Rapper, Solange and Britney Spears. The winners from each category were chosen based on votes and scored by the Real Time Academy. 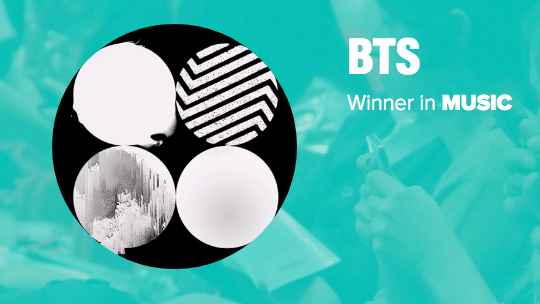 The Shorty Awards honors people, brands and organizations who play a great influence in social media. Social media has become an important platform in the way people communicate, and obtain information and entertainment. Without a doubt, BTS has been one of the top K-pop groups who have a great social media presence. Global media company, Forbes named them the most retweeted artist on Twitter! BTS also has charted on Billboard’s Social 50. Wow!

#BTS won the "Best In Music" at @shortyawards ! Congratulations ???? pic.twitter.com/d99Bf6J1XA

Without the fan support from around the world, BTS would not be at where they are now. Congratulations to BTS’ Armys and BTS!