A.C.E have finally revealed the track list for their soon-to-be-released comeback with ‘Adventures in Wonderland’.

The album will feature a total of nine tracks including the previously released ‘Cactus’, ‘Callin‘ and 5TAR (Incompletion)’.  It will also feature three new tracks, ‘Take Me Higher‘ the title track, ‘Black and Blue‘ and ‘Dessert‘.  Then there will be instrumental versions of the three previously released songs.

Check out A.C.E’s track list for ‘Adventures in Wonderland’ 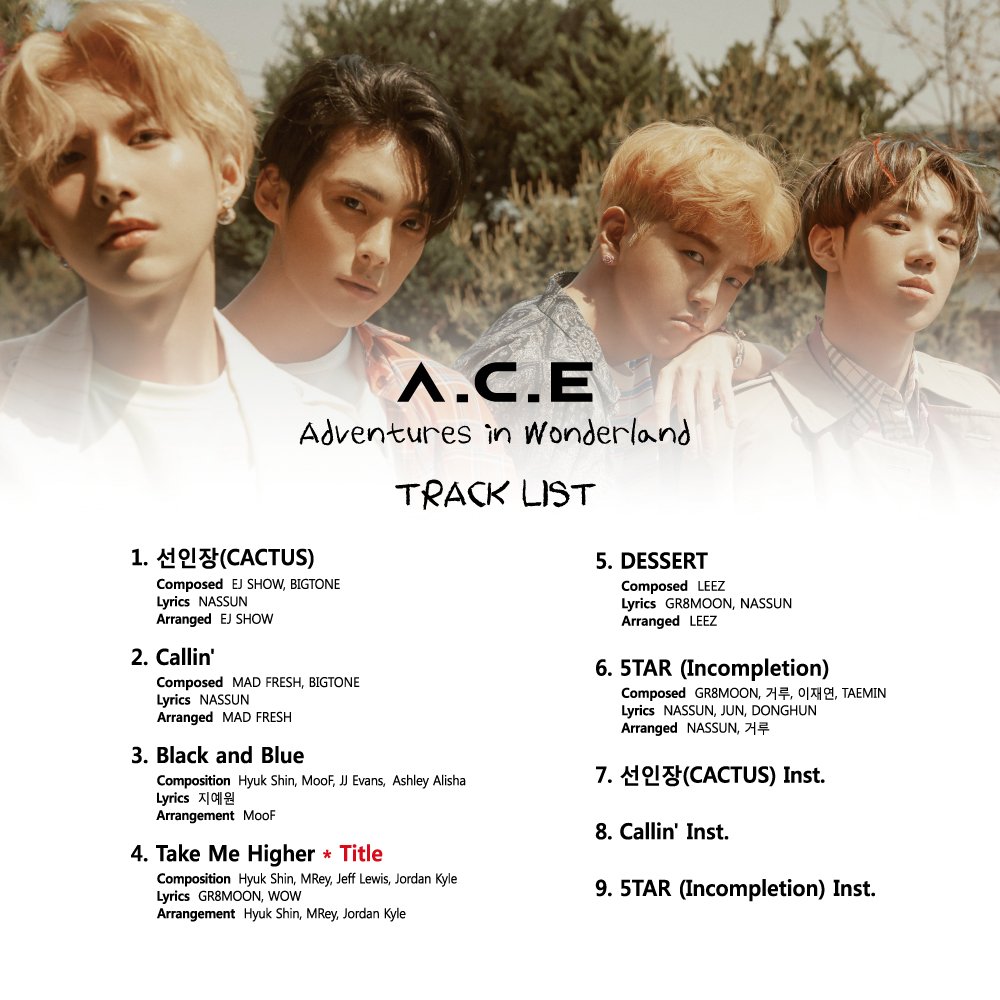 A.C.E will make their official comeback with the release of ‘Adventures in Wonderland‘ and the title track ‘Take Me Higher‘ on June 7th at 6pm KST.

What do you think of the track listing for ‘Adventures in Wonderland‘?  Are you looking forward to A.C.E‘s comeback?  Let us know your thoughts in the comments below.