A.C.E will be having their first mini global concert in March!

A.C.E will be having their first mini global concert in March!

A.C.E has just announced they will be holding their first global tour in 3 different countries. The rookie boy groups label, Beat Interactive, has just released their ‘2018 A.C.E Global Fan-Con Schedule’ for their mini world tour, which will begin in March.

The label has also indicated that they are still in discussion about adding more countries to the tour. The venue locations are yet to be confirmed.

Check out the dates and countries they will be performing at below! 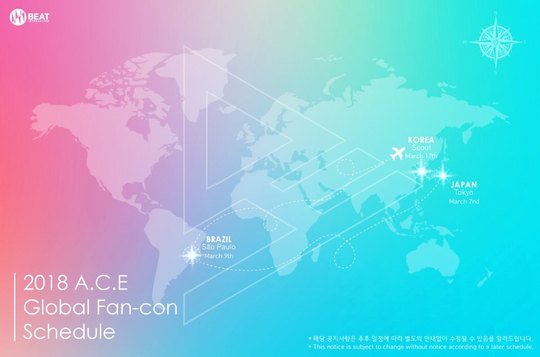