DSP Festival will be a celebration of DSP Media‘s 22 years with all of its family of current and past artists.  DSP Festival will be held on December 14, 2013 at Jamsil Indoor Stadium in Seoul, South Korea.  The current concert lineup features idols such as KARA, Rainbow, Oh Jong-hyuk and A-JAX.  Recently DSP Media has added additional acts for their celebratory concert, “DSP Festival”. 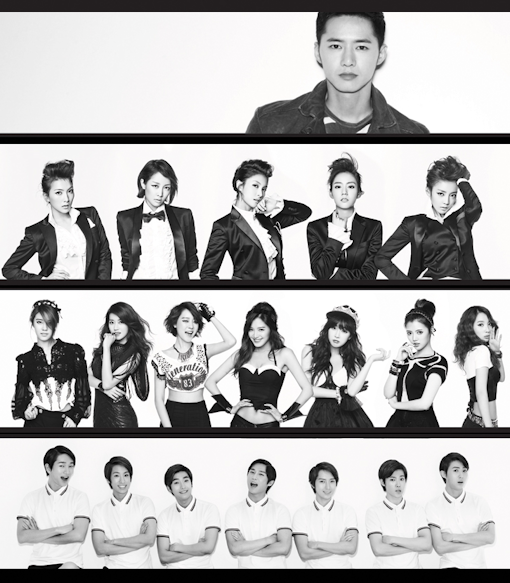 On November 8th, the agency announced that Click B will be reuniting to perform for the festival.  This will be Click B’s first official event together since 2002.  The only member to be absent will be Evan because he is currently still serving his mandatory military service.

On November 12, DSP Media announced that former Sechs Kies member Eun Ji Won and SS501 member Park Jung Min will be also be appearing in DSP Media’s first family concert, DSP Festival.  Eun Ji Won was the leader of six-member group, Sechs Kies, one of DSP Media’s first idol groups in 90s.  At this time it is still unknown if any of the other members of Sechs Kies will make an appearance as well.

SS501 members, Kim Kyu Jong and Heo Young Saeng are still currently serving in the military.  Unfortunately, due to scheduling conflicts the last two SS501 members, Kim Hyung Jun and Kim Hyun Joong have not been confirmed to appear.

Proceeds from the concert will be donated to a charity that helps underprivileged multicultural families.  Tickets go on sale starting on November 12, 2013