CNBLUE Reaches Out to Philippines for their Between Us Tour!

CNBLUE Reaches Out to Philippines for their Between Us Tour!

Filipino BOICES, are you ready to hear “Between Us” live?! Jung Yong Hwa, Lee Jong Hyun, Lee Jung Shin and Kang Min Hyuk will be going to the Philippines on July 8!

The event will be produced by Three Angles Production, and all announcements will be posted on their official Facebook page and Twitter (@threeanglespro).

For now, mark your calendars!

Last year on March 2, CNBLUE was apart of the line-up for the “OneK Global Peace Concert in Manila”, along with their label mate AOA and other artists. The band made a comeback last March 20, 2017 with “Between Us” for their 7th album titled “7°CN”.

Meanwhile, Lee Jong Hyun along with singer-songwriter Jung Joon Young flew to Cebu! The band member has been updating his fans about how much they are enjoying their vacation. He even has a photo of himself eating in Jollibee, a fast-food restaurant that YG’s Sandara Park loves and recommends to her friends. 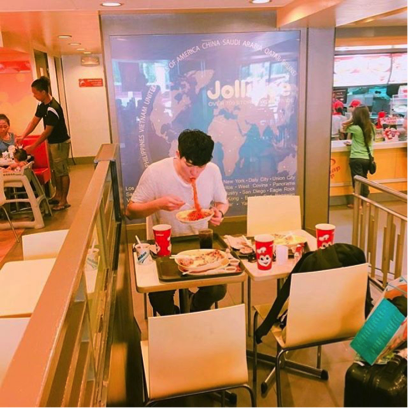 Article by: Rin
Edited by: Lina