DAY6 drop the track list for ‘Shoot Me: Youth Part 1’

DAY6 drop the track list for ‘Shoot Me: Youth Part 1’

DAY6 has shared the track list for their upcoming album ‘Shoot Me: Youth Part 1‘.

They’re certainly keeping us busy at the moment with their comeback details, tour details and the announcement of their light band!

The album will contain a total of seven tracks including the title track ‘Shoot Me‘ which was composed by Hong Ji Sang, Min Lee and DAY6 members Jae, Sungjin, Young K and Wonpil.  The lyrics were written by Young K.

It looks as though the members were involved in all of the tracks in one way or another.

The physical CD will contain an instrumental version of the title track ‘Shoot Me‘ as well.

Other tracks on the album are titled; ‘Warning’, ‘Just Happened’, ‘Feeling Good, ‘Self Talk‘ and ‘Because I Want It‘.

Check out DAY6’s track list for ‘Shoot Me: Youth Part 1’ 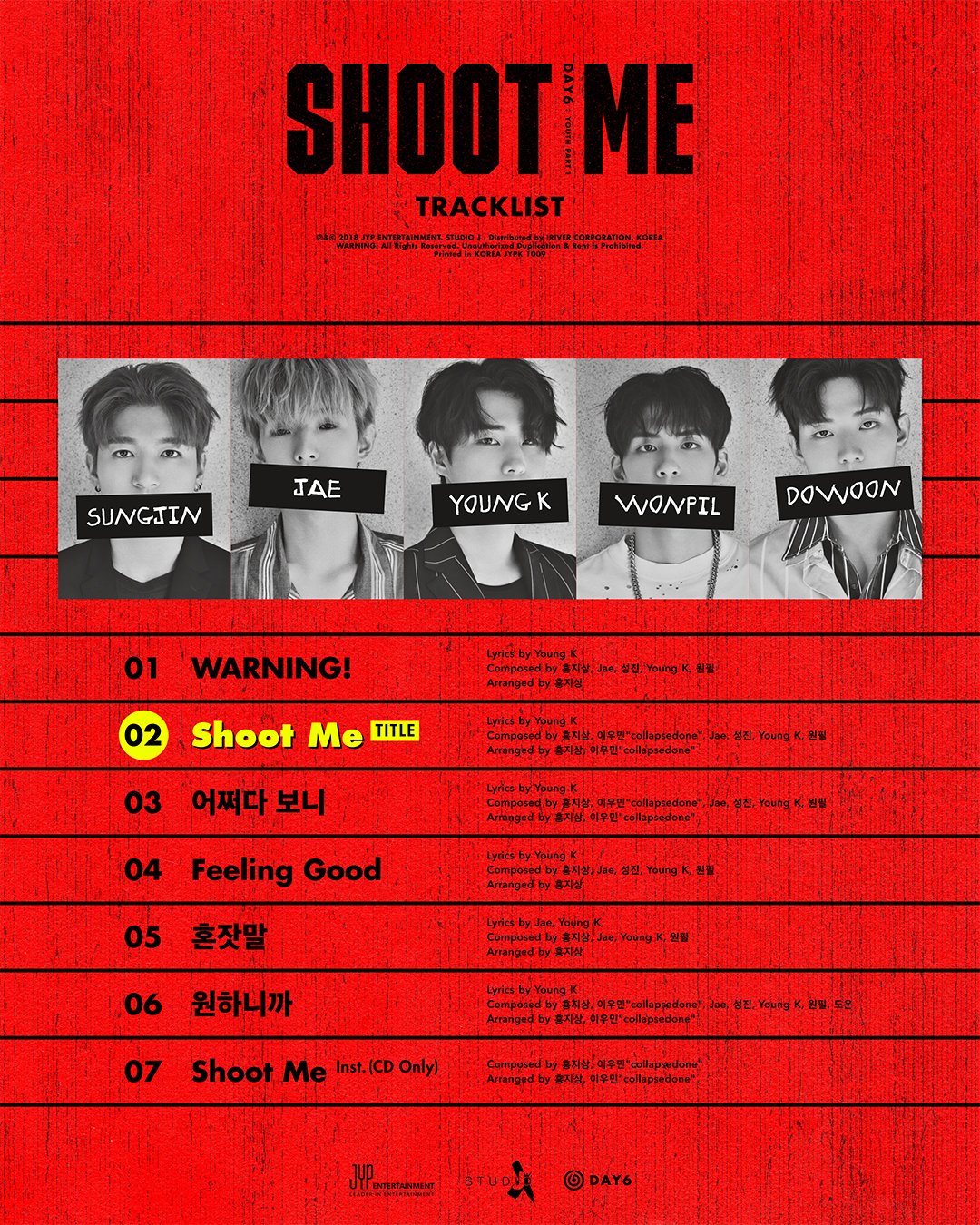 DAY6‘s new album ‘Shoot Me: Youth Part 1‘ is scheduled for release on June 26 at 6pm KST.  The group will be holding a comeback show on the same day at 8pm KST.

What do you think of the track list for the new DAY6 album?  Are you looking forward to hearing the new material?  Let us know your thoughts in the comments below.