It has been announced that Cosmic Girls member Yeonjung will be collaborating with DinDin for his newest comeback single!

‘#DRIVE’ has been announced as rapper DinDin’s newest release, and Yeonjung will be lending her beautiful vocals to the track!

The promotional image for the track features a car, an aeroplane, luggage and a map, giving the strong impression that ‘#DRIVE’ will be about taking a holiday! 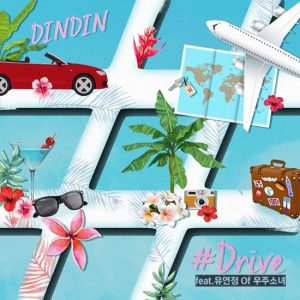 The single will officially drop August 16 at 6pm KST.

Are you excited for DinDin’s comeback?

Follow Officially Kmusic to stay up to date with the latest K-pop news!