On the recent episode of ‘Infinite Challenge’  from February 20, cast member HaHa boasts that him, So JiSub, Lee GiKwang, Jung YongHwa, and Yoo Seung Ho resemble each other greatly.

See below the funny conversation of HaHa and YongHwa in the edited picture, 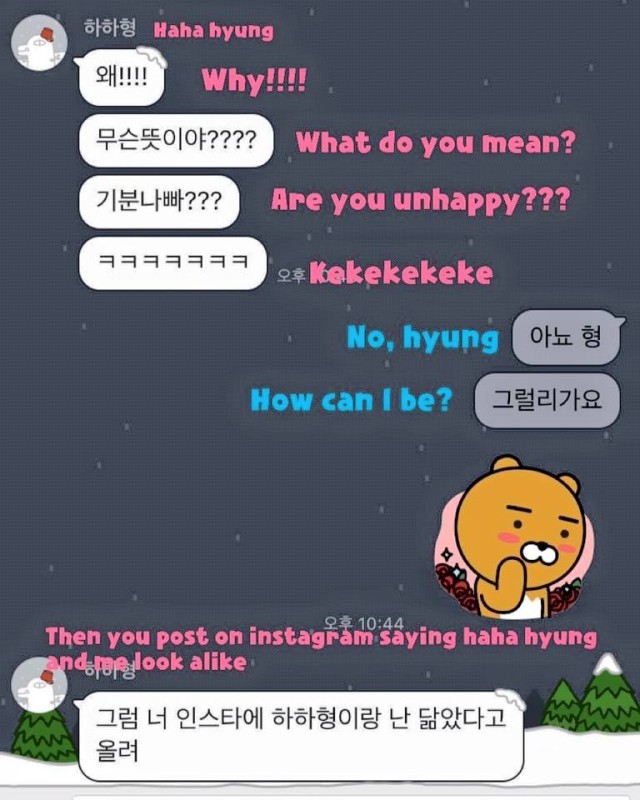 (The image has been edited for translation purposes)

A few hours after the airing of that episode, Jung YongHwa posted a screenshot from the part of the episode where Haha is saying “Don’t Jung YongHwa and I look similar?”

The screenshot YongHwa posted, went together with a caption that said, “Oh? I hear that all the time too!”

Jung Yong Hwa is such a cutie! He is always so polite and humble towards his seniors and actually towards everyone! He is very well mannered but I don’t see the resemblance though.

What do you think? Do they resemble each other?

Officially KMusic brings you all the latest news from k-pop, so stay tuned with us!