Episode 10 picks up after the kiss without waiting to hear her response and seeing tears running down her face, Wang So takes Hae Soo out of the palace. The 14th prince Wang Jung (Jisoo) watches as they ride off on horseback and tells Wang Wook (Kang Ha Neul) who upon learning this sets off to get Hae Soo back to the palace before she is discovered missing.

Meanwhile, tensions continue to rise as an unhappily married Wang Eun (Baekhyun) fights to maintain his bachelor life style despite the marriage.

Hae Soo and Wang So arrive at a beach where Wang So explains how he’s loved Hae Soo since the moment she was brutally beaten by princess Yeon Hwa (Kang Ha Na).  Wang So, unbothered by that fact she is in love with someone else, gives her the hair pin meant for his mother. While riding back to the palace they run into Jung and Wook. Wook attempts to bring Hae Soo back but she decides to go with So.

On the lighter side, Baek Ah (Nam Joo Hyuk) continues to pursue Woo Hee (Seo Hyun), who wants nothing to do with him.

That night Wook asks for Hae Soo to marry him. Before she could give an answer she is interrupted by Court Lady Oh (Woo He Jin). Lady Oh tells her that she and the king where once lovers and tries to convince Hae Soo to leave with her to her home town in attempt to get her away from the princes.

Wang So waits for Hae Soo outside and asks her to cover his scar. While doing so Soo tries to explain what he’s feeling isn’t love but friendship. So refuses to believe that and attempts to kiss her. Soo covers her mouth and in a somewhat apologetic way So promises not to kiss her without permission.

Meanwhile Wang Woo talks to his mother about marrying Hae Soo and she happily allows him to ask. His sister Yeon Hwa is fed up and goes to Queen Yoo Ssi (Park Ji Young).

Earlier Yoo Ssi and her son Wang Won (Yoon Sun Woo) plan on dethroning the crown prince and make Wang So take the blame. The plan goes through as Wang Moo (Kim San Ho) is accused of theft and it’s suggested Wang So should be the next crown prince.

That night, Wang So furious goes to his mother who reveals plans to poison the crown prince with tea and if he reveals her plans she will be sure that So takes the fall. During a special ceremony Hae Soo is made to give the tea to the crown prince. Wang So interrupts and drinks the tea himself. So with blood coming out of his mouth leaves and Yeon Hwa pretends to drink the tea. So goes to Hae Soo and before he passes out she is taken as a prisoner. 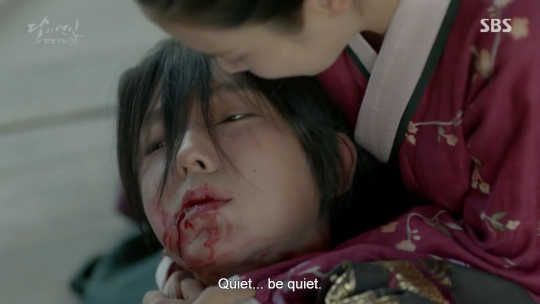 Wang Wook goes to prison and promises Hae Soo he will find the culprit and get her out. A finger is pointed in the crown prince’s direction but the situation gets diffused quickly. Wang So, now with the antidote and up, visits Hae Soo and promises to save her despite her still having feelings for Wook. Internally Soo begins to change her mind. Wook, upon attempting to save Soo, captures a servant and threatens her until her mistress is revealed. When she turns around Wook is shocked to learn it’s none other than his sister. Wook kills the servant ergo betraying Hae Soo. 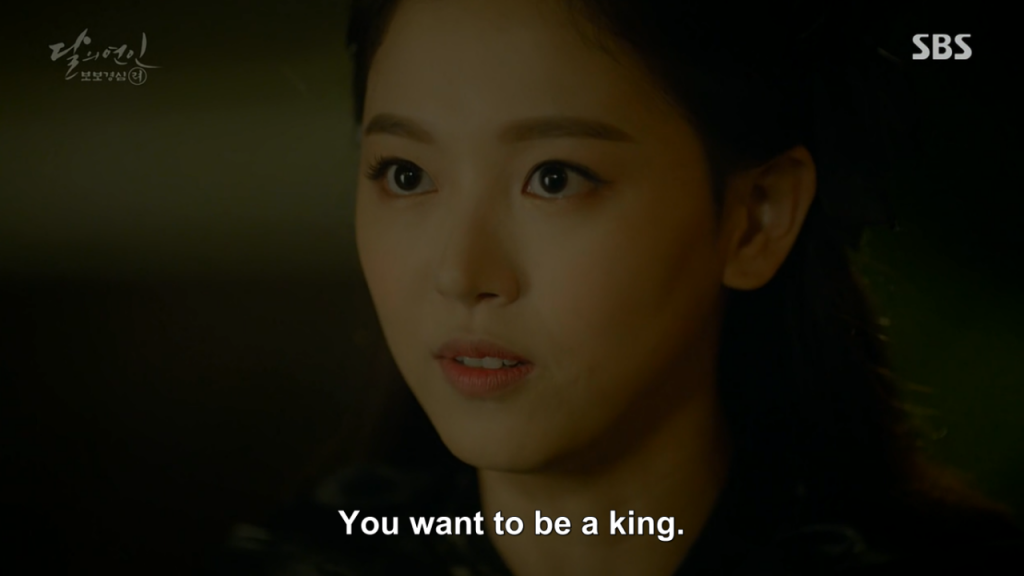 Wang So continues to fight for Hae Soo and protests the king who dismisses him and any others abruptly.

Wang Wook in his last attempt to save Soo begs Lady Oh to help. Lady Oh goes to the king and tells him that she poisoned him because she lost her own child to Queen Yoo Ssi years before. The king accepts and Oh is sent to die.

Hae Soo attempts to save Oh by escaping but is told off by Lady Oh. She then protests and Wook again attempts to help Soo but his mother and sister stop him. Wang Wook, Moo, and Jung protests with Soo and Wook approaches but upon realizing what he is doing figuratively and literally turns his back on Hae Soo. Wang So comes to Soo’s aid and protects her from the rain as Lady Oh is hanged. So holds Hae Soo as she cries out. 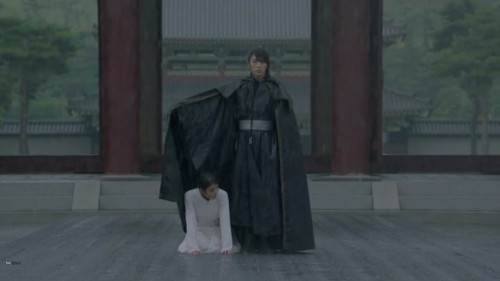 Both these episodes brought a new kind of sadness, between watching the attempts to kill Moo and Wang So’s continuous effort to win over Hae Soo. I have found a new hatred in Wook, it’s understandable to not betray his family but literally turning his back on Soo really showed how much he cared. Wang So knows every risk and continuously stands by Hae Soo’s side and I’m glad that their relationship is starting to continue. The acting in these episodes was absolutely fantastic. Despite the amount of tears shed during these two episodes it’s a 10/10 for tremendous acting and leaving me begging for the next episode.

What do you think about ‘Scarlet Heart: Ryeo‘ so far? Let us know in the comments below!

For all the latest K-Drama news, follow Officially KMUSIC!