Dreamcatcher To Embark On European Tour In 2018, Becoming The First Girl Group To Do So

Dreamcatcher To Embark On European Tour In 2018, Becoming The First Girl Group To Do So

Europe has been blessed to open its door to many boy groups and soloists in the past few years, but it never hosted a concert tour of a girl group. 2018 is going to change that as Dreamcatcher is to have a concert tour in Europe on the 14th of February.

Dreamcatcher is a seven-member group consisting of Jiu, Sua, Siyeon, Handong, Yoohyeon, Dami and Gahyeon. The girls debuted in January 2017 with their single album entitled, ‘Nightmare‘. You may have heard their title track from this album called ‘Chase me‘. The girl introduced a new concept for a girl group in this song and continued with their unique concept for their second mini album, ‘Fall Asleep In The Mirror‘, showcasing their title track, ‘Good night‘. They quickly gathered fans not only in Asia, but also abroad and now their European fans have the opportunity to see them LIVE. 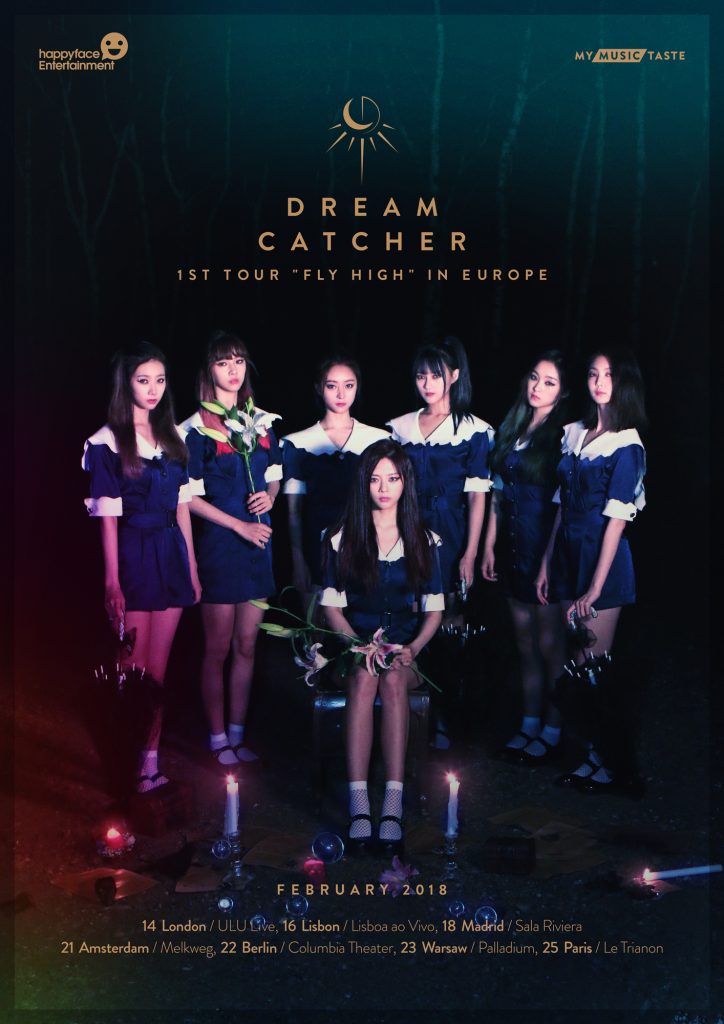 The group is bringing their ‘2018 Dreamcatcher 1st tour “FLY HIGH” in Europe‘ to seven cities in total.

Stay close for more updates about this tour!