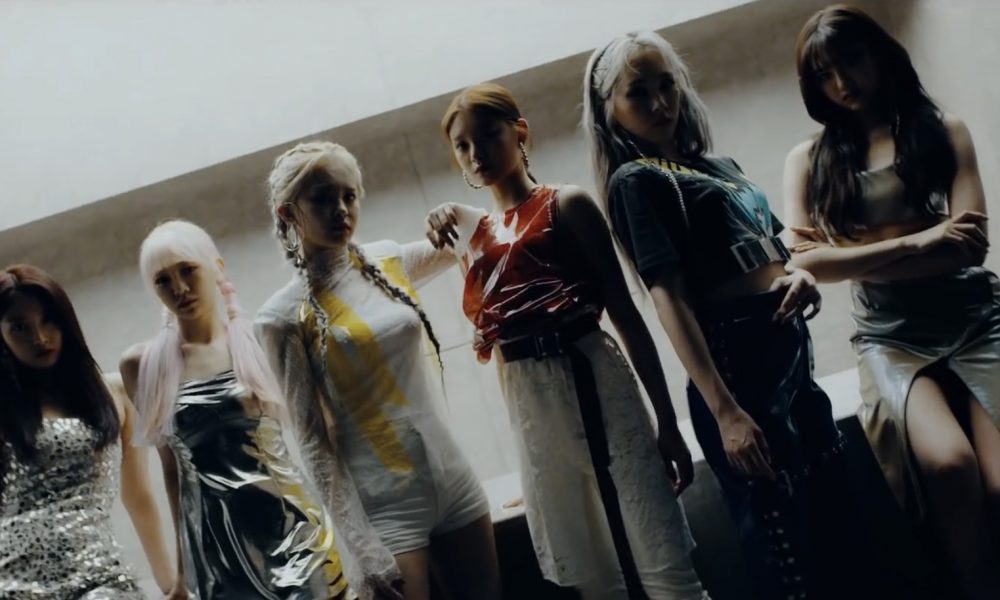 Everglow are back saying “See you later” in their latest MV ‘Adios’! They made their successful debut with ‘Bon Bon Chocolat’ that you can read more about here!

The 19th of August marks Everglow’s first ever comeback with their second single album ‘Hush’ containing three songs which you can read all about it here. The album contains their title track song ‘Adios’, which they have also dropped the official MV to!

Not only are the girls back looking amazing, they’re back with a different sound including a strong beat that will get you up on your feet doing their newest choreography to ‘Adios’! The MV includes the members in mostly black and white with a darker theme compared to their debut, with a hint of a hip hop taste. The MV has just dropped and already has over one million views on Youtube! Check out the MV below!

What are your thoughts on Everglow’s first ever comeback with ‘Adios’? Have you heard their new album yet? Let us know in the comments below!

Scroll for more
Tap
The Rose are a refreshing and playful band in music video for ‘RED’!
Red Velvet are on a summer holiday in ‘Umpah Umpah’ MV!
Scroll
Loading Comments...