Rookie groups EXO-M and EXO-K released photo’s on SMTOWN’s official Facebook for the May and June issues of Ceci China and Ceci Thailand. The Chinese issue will be released on May 25th while the Thai issue is to be released on June 7th.

EXO-M member, Luhan, appears in a grey suit with pink flowers enveloped around him. Luhan certainly fits the ‘Flower Boy’ image. However, the photo display doesn’t seem to be all that outstanding. It looked like someone decided to place those flowers around him randomly.

EXO-K member, Kai, appears to be holding a peculiar looking flower up to his face. His posture, however, seems a bit awkward and the shirt he’s wearing doesn’t really suit him very well.

I must say though, the boys do look extremely handsome for the issues of these magazines.

Check out some of the pictures below! 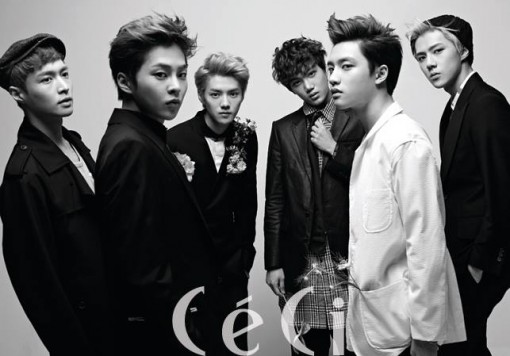 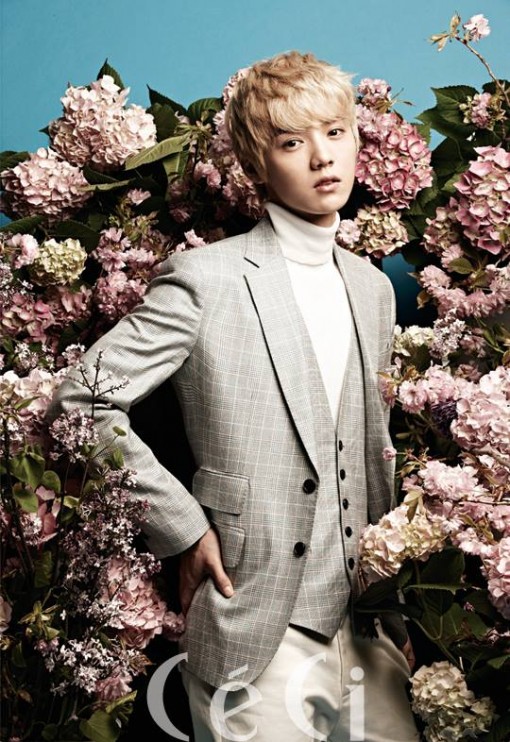 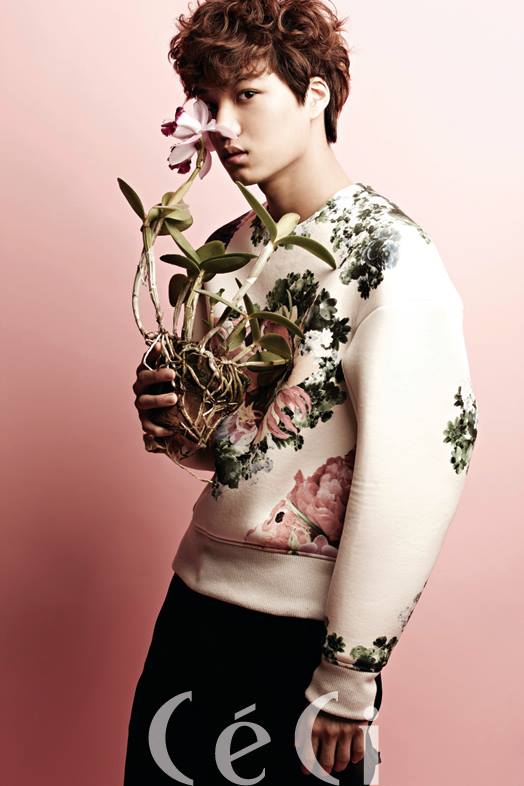