The two very sexy divas of South Korean pop culture, Gain from Brown Eyed Girls and solo singer Lee Hyori got together to record a duet, ‘Black and White’.

Gain’s new mini album ‘Truth or Dare‘ is scheduled to be released on February 6.

‘Black and White’ is one of the tracks for the album and was composed and written by Lee Hyori in the studio. 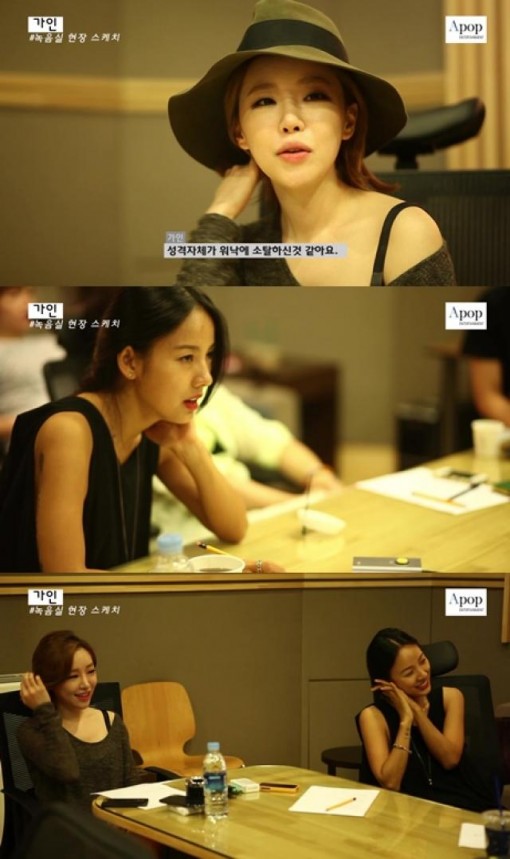 In the video released  by Apop Entertainment through Naver Music, Gain makes the comment that due to nervousness and excitement at the chance to record with Lee Hyori, she had even lost sleep.  Lee Hyori complimented Gain on her singing and she advised her to become both devil and angel when singing the song to show both her “black and white” sides.

Check out the video below of the making film for Gain’s new album.