Plan A Entertainment newest boy group, VICTON, is about to have their debut! They will debut on the 9th of November, releasing their first mini album, ‘Voice To New World‘. VICTON was previously known as ‘Plan A Boys‘ during their pre-debut. The boys had appeared on MNET‘s reality show, ‘Me & 7 Men‘, where they showed the viewers a weekly update on their debut preparation. VICTON will be a seven membered group, consisting of Han Seung Woo, Kang Seung Sik , Heo Chan, Lim Su Jun, Do Han Se, Choi Byung Chan and Jung Su Bin. 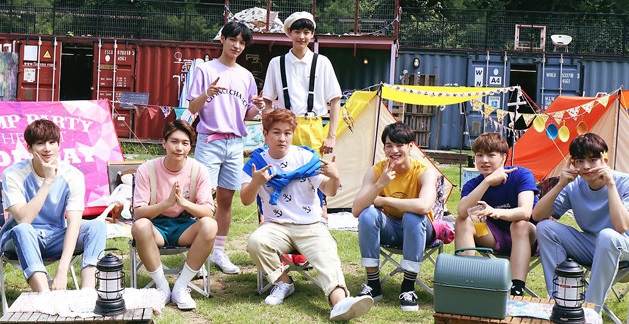 For their upcoming debut, their first mini album will consist of six tracks including their title track, ‘I’m Fine‘, ‘What Time Is It Now?‘, ‘Beautiful‘ and ‘The Chemistry‘. To prepare fans for their official debut, the boys have released the most cutest music video teaser! This teaser gives fans insight into the theme and overall sound of ‘I’m Fine’.

The music video teaser shows the use of very bright colors like yellow and orange. These colors are able to bring out the youthfulness of the boys and ties the whole concept together. It seems that the concept of this music video teaser is cheeky young teenagers. They can be seen playing ‘statues’ with A-Pink’s Naeun and when one of the guys have touched her hand, they all seem to be having loads of fun. They all had such amazing smiles on that one can not help but be happy alongside them. Lastly, the end of the teaser showed the boys striking similar yet random poses!

VICTON will debut on the 9th of November with the release of ‘I’m Fine’ music video. So remember to check out their music video teaser above and let us know what you think about their debut! Meanwhile, if you want to get to know the members, be sure to check out their Youtube channel as they have individual snippets of each member!

Are you excited for VICTON’s debut? Let us know in the comments below!

To keep up with all the latest debut news, be sure to follow Officially KMUSIC!

Scroll for more
Tap
T-ARA Graces us With A Wintery Music Video for ‘TIAMO’
KNK Are Back in Black (And White) For Their Comeback Teasers!
Scroll
Loading Comments...