Check out their pre-debut pictures below: 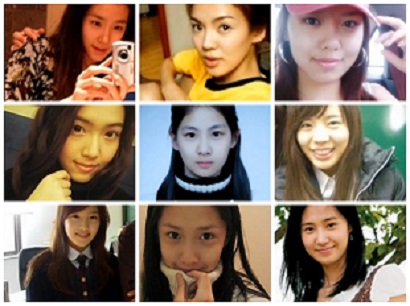 The girls that we know today are very different from way they were back in the day. Every time the girls come back after a short break, their looks are completely different, but equally as enjoyable and lovable. In order to fully appreciate how far they have come, let’s take a trip down memory lane and see how these talented girls have transformed into the beautiful women that we recognize today.


When SNSD first debuted, they wore minimal makeup, their hair was completely natural and they were basically the nation’s ‘little girls’. They were so young and innocent looking though their talent shined bright as soon as they started singing and dancing! Their short skirts and high socks will always be remembered. The girls won best rookie group award for this outstanding song!


Shortly after their debut, the girls returned with their self-titled song, Girls’ Generation. With hats and ponytails, the girls aimed to prove their talents, despite their young age.


In 2008, SNSD returned with their super cute, lovey-dovey song, “Kissing You”. Since the girls were always dancing with candy, they were soon compared to the lollipops they used, due to their colorful, sweet personalities. For this concept, the girls wore all white, all with different hairstyles.


Their next released single, “Baby Baby”, was less jumpy than the previous songs and showcased the ladies’ powerful voices. You can already see the aesthetic difference of the girls 2007 to 2008.


In 2009, SNSD came back with a bang! “Gee” is probably one of their most well-known songs, due to it’s catchy lyrics and crab dance. SNSD was on their way to the top!


Later in 2009, SNSD impressed everyone with their marine look. This was their first daring concept (and most commonly remembered), and made people of all ages to fall in love with all 9 girls. Displaying their beautiful long legs, Girls Generation was becoming one of Korea’s greatest girl groups.


The ladies didn’t disappoint when they returned as cheerleaders for “Oh!” Once again, numbers were on each member’s shirt. “Oh!” gave the girls the recognition they deserved and were referred to  as the best girl group in Korean Pop.


As one of SNSD’s toughest concepts, these ladies proved that although they’re cute and full of love, they won’t be pushed around. Everybody loved the sexiness and darkness that this music video produced. Yet another concept that succeeded incredibly.


2010 was a great year for SNSD as all of their concepts were extravagantly different. This time, with a retro look. Although this was a side that was never seen from the girls, it was much loved by fans and became another memorable look.


“Mr. Taxi” was their first original Japanese song, we saw SNSD transform themselves into sophisticated yet sexy taxi drivers. The girls looked sleek and sharp, with maturity that put a smile on everyone’s face.


‘The Boys” was a very anticipated song for Girls’ Generation, it was produced in Korean, Japanese and English.With the girls finally making their American Debut, staring on the David  Letterman show! Although the Korean to English translations aren’t identical it didn’t stop the English version from being loved worldwide.


The first SNSD subgroup made up of members, Taeyeon, Tiffany and Seohyun, evidently called ‘TaeTiSeo’. TaeTiSeo rocked the KPop charts with this magnificent Moulin Rouge-esque song that definitely displayed their wide vocal ability!


This song was released at midnight on the 1st of January and kicked off 2013 with a bang! The music video consists of really colorful, americanized street outfits. The song has 3 different tempos; one pop, one dubstep and the other alot slower to show off the girls’ vocal range.


With the cinematography ranging from grainy black and white images to neon blues and vibrant pinks, Girls Generation’s “Mr.Mr” is a wonderful blend of new and old. The new song is accompanied by a brand new dance that showcases both the girls femininity as well as a satirical take on masculinity. 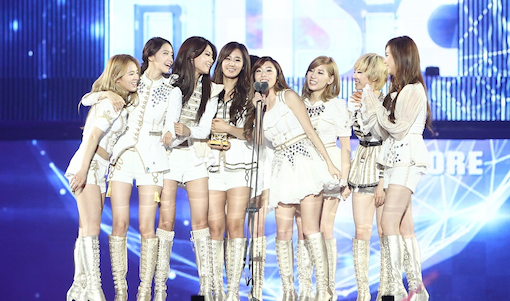 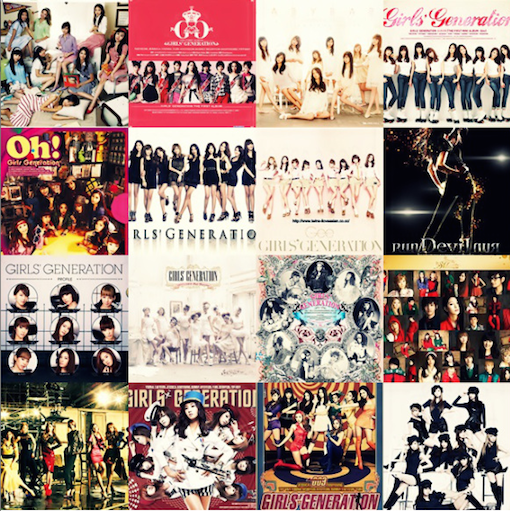 The girls also participate in SMTown Live, since 2008 till present 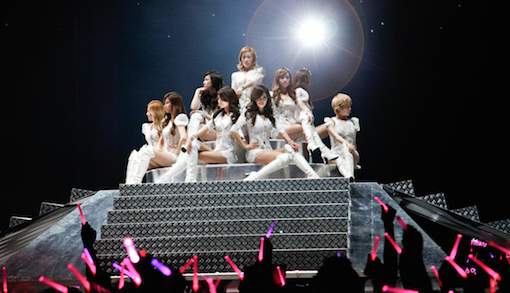 As seen here Girls Generation is dominating the world!

Article by: Rachel and Seul