Giveaway for Tickets to Dean and Club Eskimo in Canada by The Yoo Group!

Giveaway for Tickets to Dean and Club Eskimo in Canada by The Yoo Group!

The Yoo Group is hosting a fan contest to give away tickets to Dean‘s and Club Eskimo‘s upcoming shows in Toronto and Vancouver! 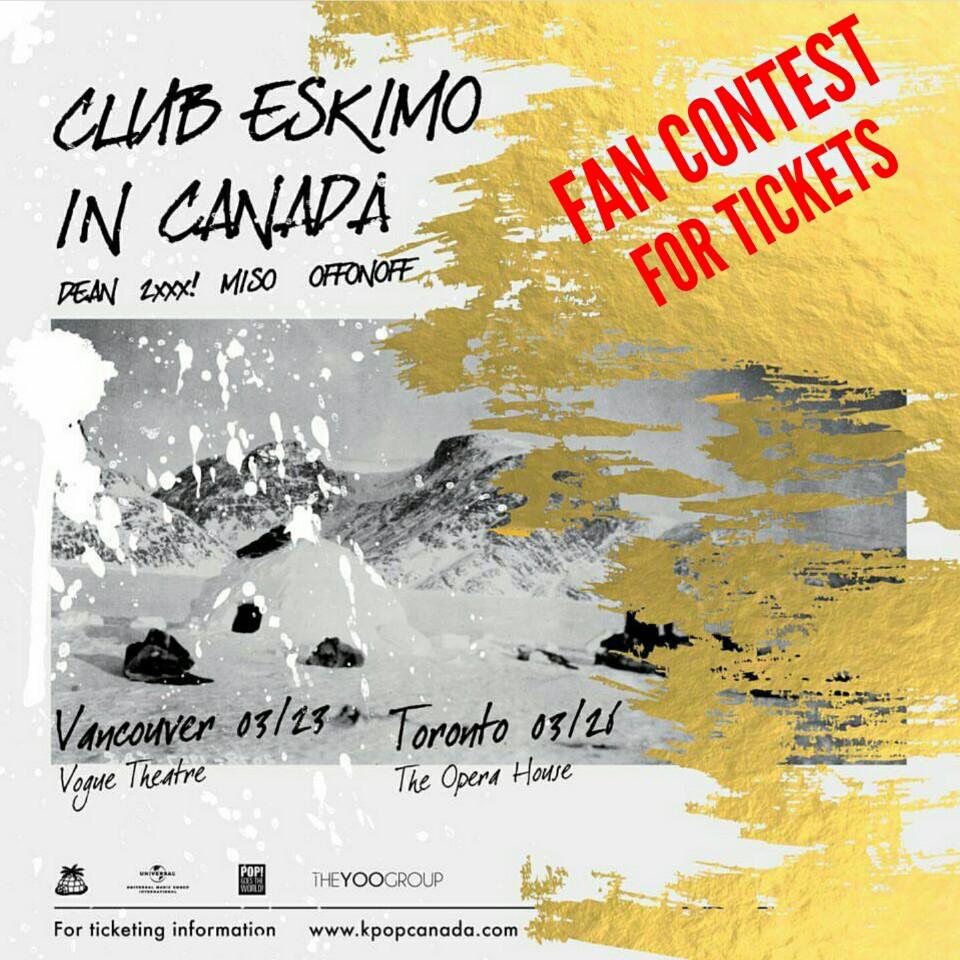 There will be two contest winners; one winner for each show. Contest winners will receive a pair of GA tickets to the show that they apply for. You can apply for the contest either via Twitter or Instagram.

Contest rules are as follows:
1) You must post a video clip of yourself or with a friend**(only 2 people per video) singing along to your favorite Dean song.
2) Tag @deantrbl (@deantheofficial for Twitter), @theyoogroup, and input either #DeanInVancouver or #DeanInToronto to indicate which show you would like to win tickets to.

If you would like to see Dean and Club Eskimo in Canada, be sure to participate in this giveaway!

Be sure to stay tuned to Officially KMusic to always receive the latest news and updates on events from around the world!

Scroll for more
Tap
2017 Asia Pop Fest In Melbourne Giveaway!
GOT7 Adds One More Show To Their GOT7 Fanmeet In Australia!
Scroll
Loading Comments...