K-EXCLUSIVE: GOT7 Makes Their ‘Arrival’ In Melbourne!

K-EXCLUSIVE: GOT7 Makes Their ‘Arrival’ In Melbourne!

With GOT7‘s third fan meet undergone in Melbourne, it had all ahgases or IGOT7s hyped up in preparation for the fan meet to begin. With more fans turning up at the venue, more people were seen dabbing with excitement! The whole night was an unforgettable one where GOT7 helped fans have an amazing time at this event!

With so many things planned for IGOT7, it was definitely a night to remember. Even though the entire thing was a blast, there was many unforgettable moments which proved why GOT7’s fan meet in Melbourne will always be a ‘Paradise‘ in our memories! Check out our most memorable moments from GOT7’s Melbourne fan meet below! 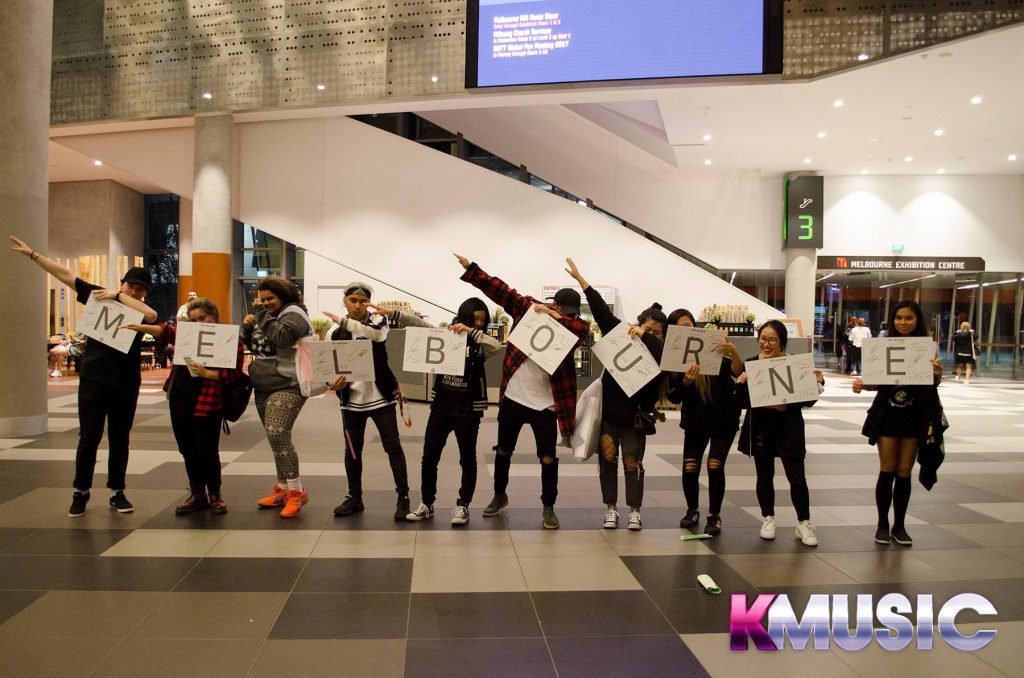 This gaming session had allowed fans to see many members’ interaction with one another. This started with the game, ‘Cheek To Cheek‘. There was the JJ Project moment where they did their cross. It was surely such an adorable moment. There were many moments where members were close to one another, kissing each other’s cheek! The penalty had led to witnessing Jackson’s cute girl group dance to AOA‘s ‘Excuse Me‘. The other punishment was doing aegyo, which Jinyoung did perfectly! It was super adorable and a moment that fans could ever forget! 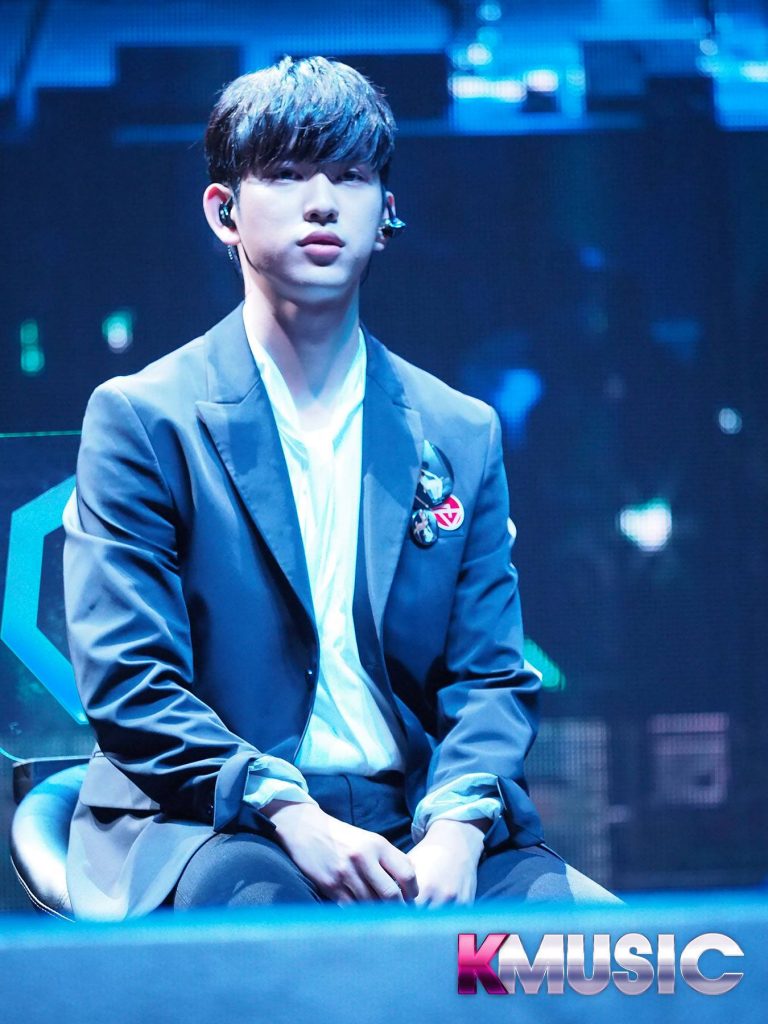 The random dance session allowed fans to see GOT7’s perform songs other than the eight listed. However, the catch was that the track was either at double speed or half speed! To much fan’s delight, they had done a half speed for ‘Stop Stop It’. This had allowed fans to admire each members’ slow body rolls and slow sexy moves! Also, while fans were waiting for the organizers to prepare the Melbourne sign board giveaway, fans were blessed by Yugyeom’s sexy dance! Once the sexy music has begun, Yugyeom was seen body rolling and moving seductively! By the amount of screams and cheers during this time, it was clear to say that fans had enjoyed every second of it! 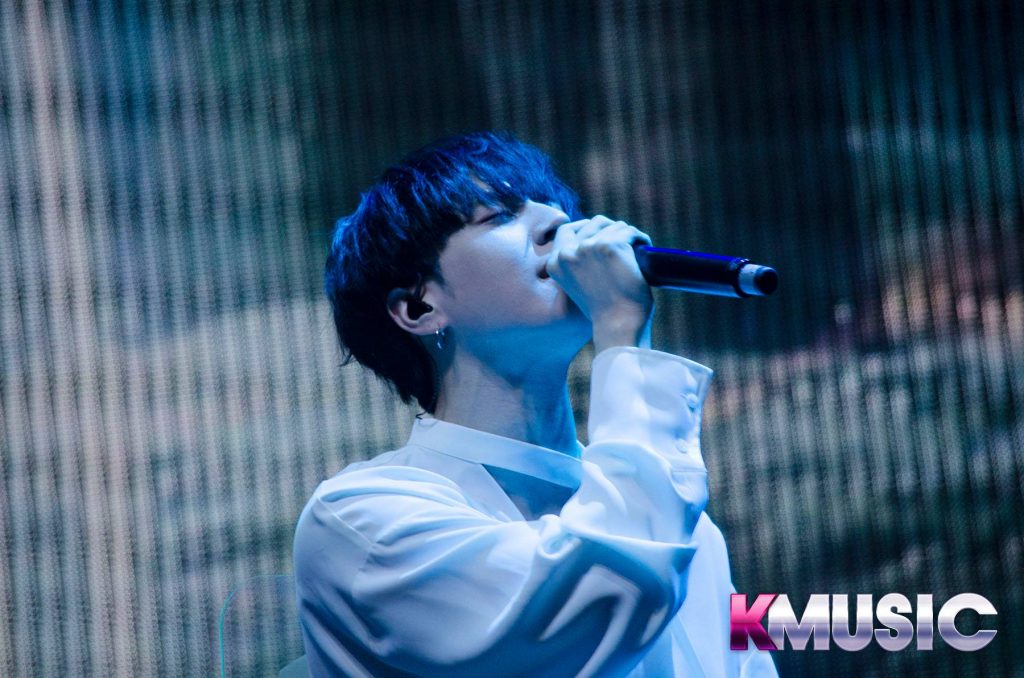 GOT7’s live performances of their tracks was one of the highlights for many Melbourne’s IGOT7. Every song they sang, it was obvious that the boys were putting their all into it to bring a spectacular performance. The boys started off the show with ‘Q‘ and then ‘Sign‘. The boys were seen sitting down on these chairs made especially for them. They had also performed, ‘Fly‘, ‘Skyway‘, ‘Hard Carry‘ and ‘Never Ever‘. They truly danced and sang amazingly well. Lastly, for their encore, the boys came out and rocked the stage. They had people up on their feet, jumping away to ‘Out‘ and ‘Go Higher‘. It was definitely a moment to live for and GOT7 had done a magnificent job in leaving a long lasting memory embedded into every Melbourne IGOT7! 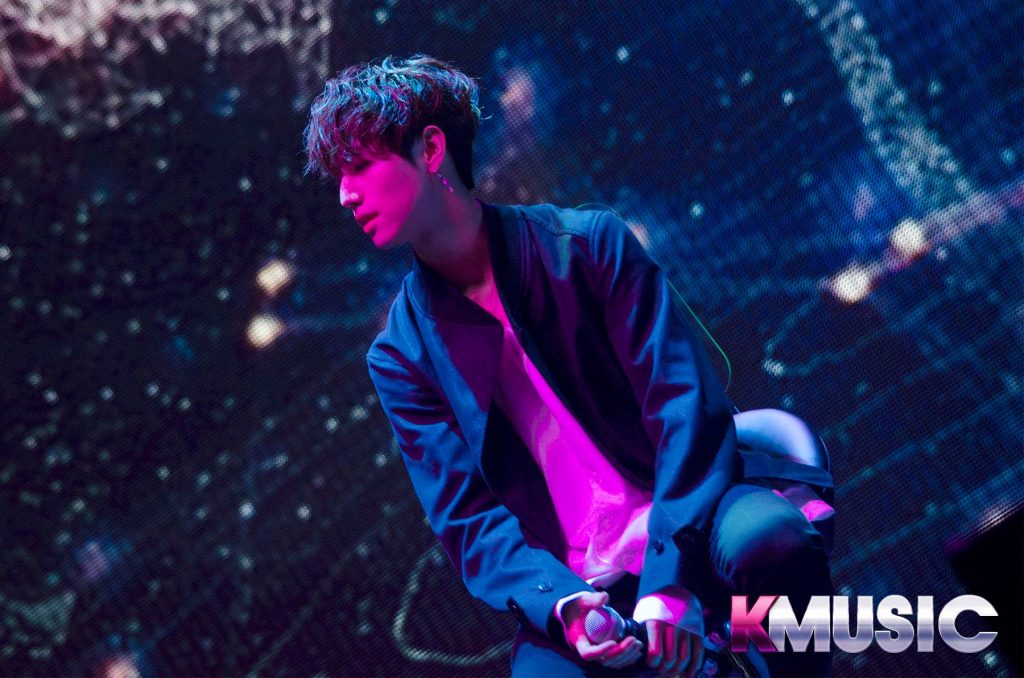 With the unexpected technical difficulties came unexpected performances. GOT7 had handled the moment of anxiety so well! Jackson took this moment to beat box. It was so unexpected but fans are definitely fortunate to be given the opportunity to hear Jackson beat box. They even showed a short snippet of ‘Never Ever’ acapella version and boy, it was definitely a moment that fans will always remember. With, Jackson and Jinyoung beat boxing away, fans are hit with Yugyeom’s beautiful vocals. It surely has fans wanting more of this acapella version! Even with this unexpected technical difficulties, fans are content with this unexpected performance from GOT7! 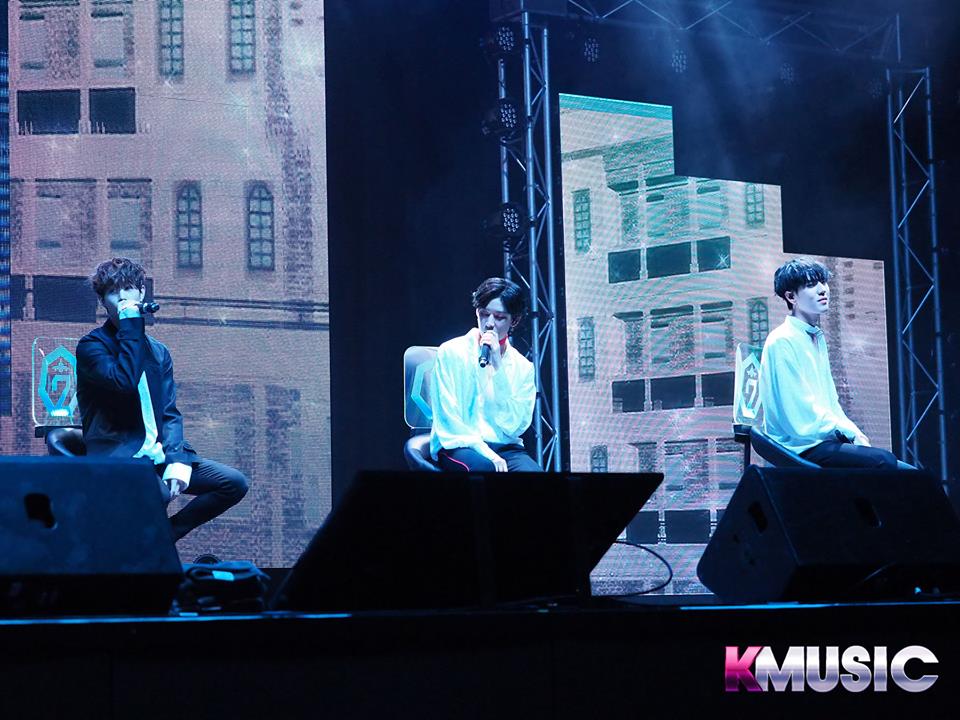 It had gotten to the point where fans realized that the fan meet is about to end. It was when the MCs asked for the final words from each member. 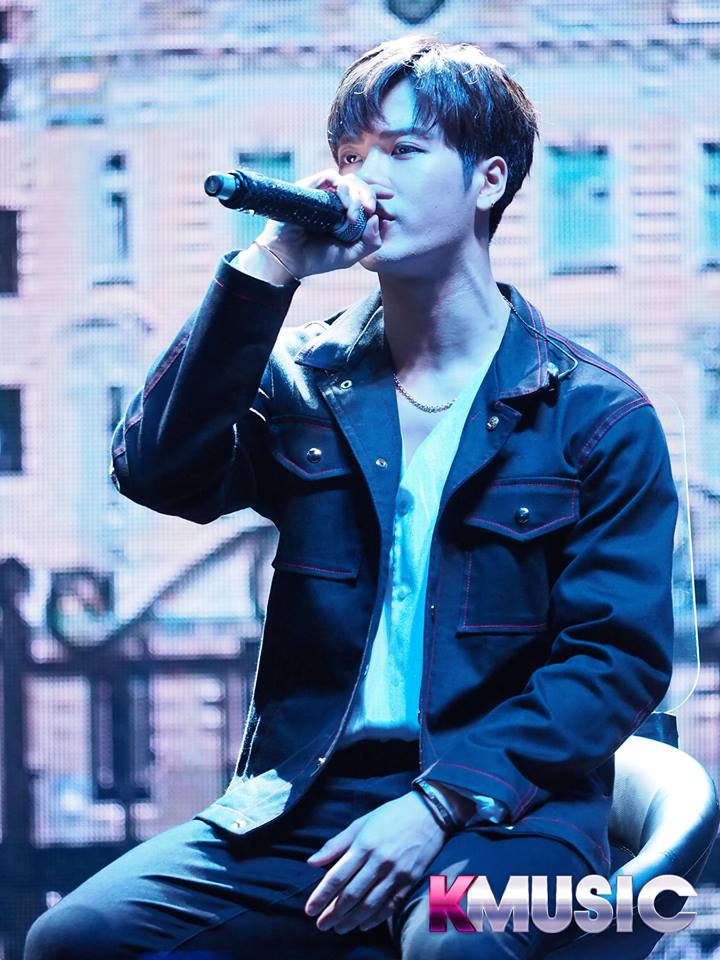 Jackson started off by saying “First time in Australia with GOT7. Thank you so much for coming here tonight. Even though we might not come as often, next time we come here you guys will ready for us? We are halfway of 2017 we hope that we’ll continue show more good music and performances. Until next time – stay healthy, mentally and physically. Thank you so much.” 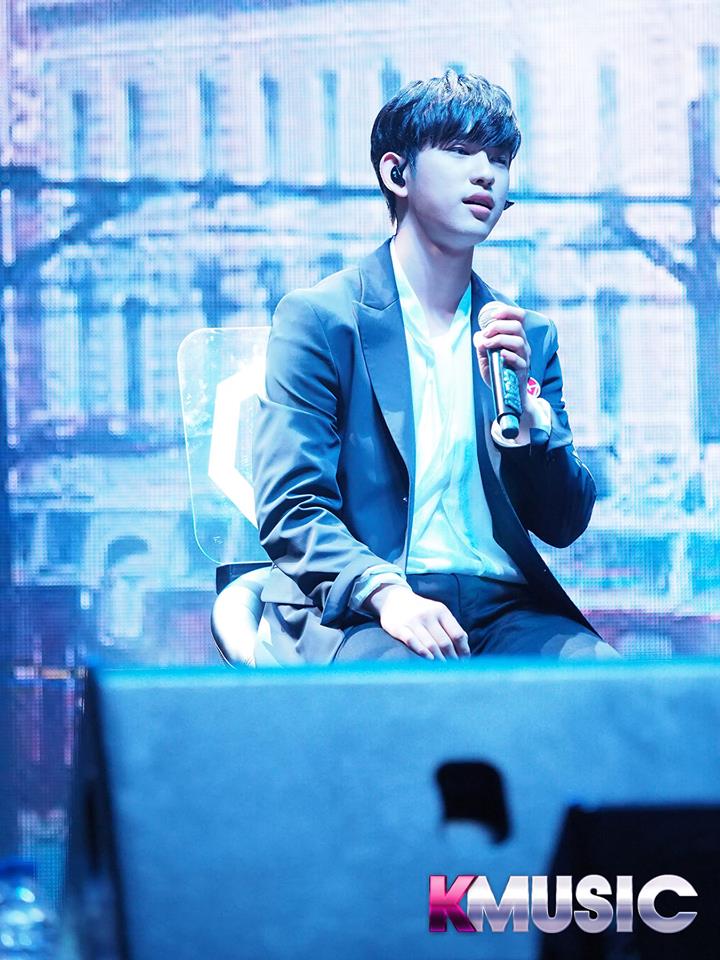 Jinyoung was next where he said his final words in English: “Thank you for your support. Before we came here we were so worried because it’s our first time in Melbourne. But, I realised that we didn’t have to worry because today’s your support and love was so perfect and overwhelming. We’ll come back. Please wait for us. And please stay healthy because health is very important thing. Thank you so much.” 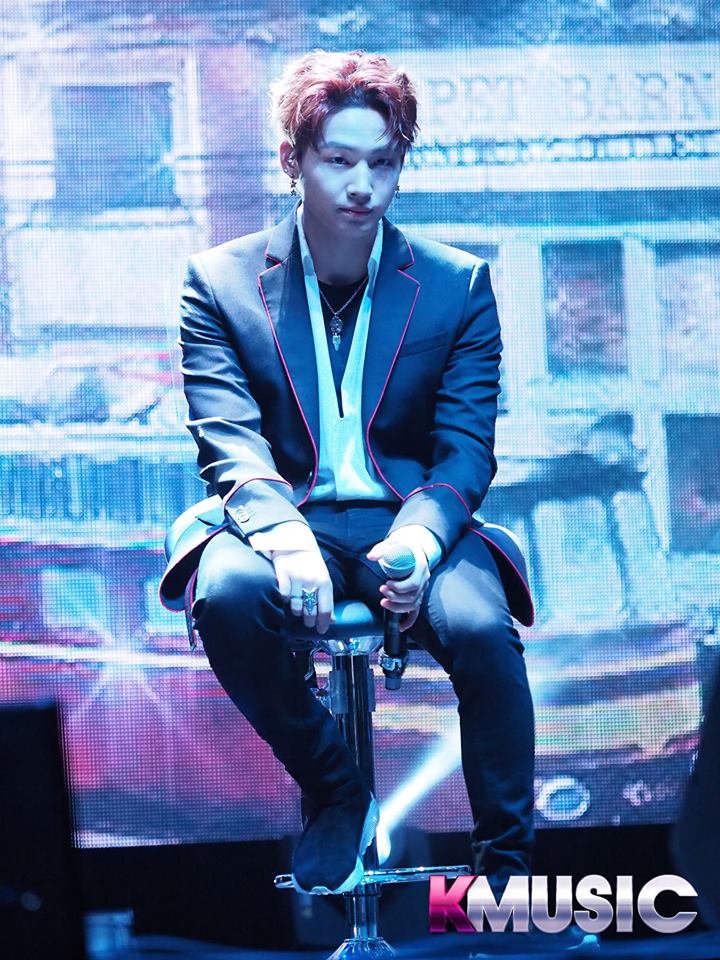 As we all know, Jaebum is stubborn and chic so he did his speech in Korean. He had said: “You guys been watching the music and videos until this time, you are happy to see the boys. As nervous as I was, I am happy to see you for the first time. I’m sure our feelings are mutual tonight. Next time, we will come back better, stronger and bigger! Also, IGOT7 don’t need to do a thing, just stay as beautiful as you are.” 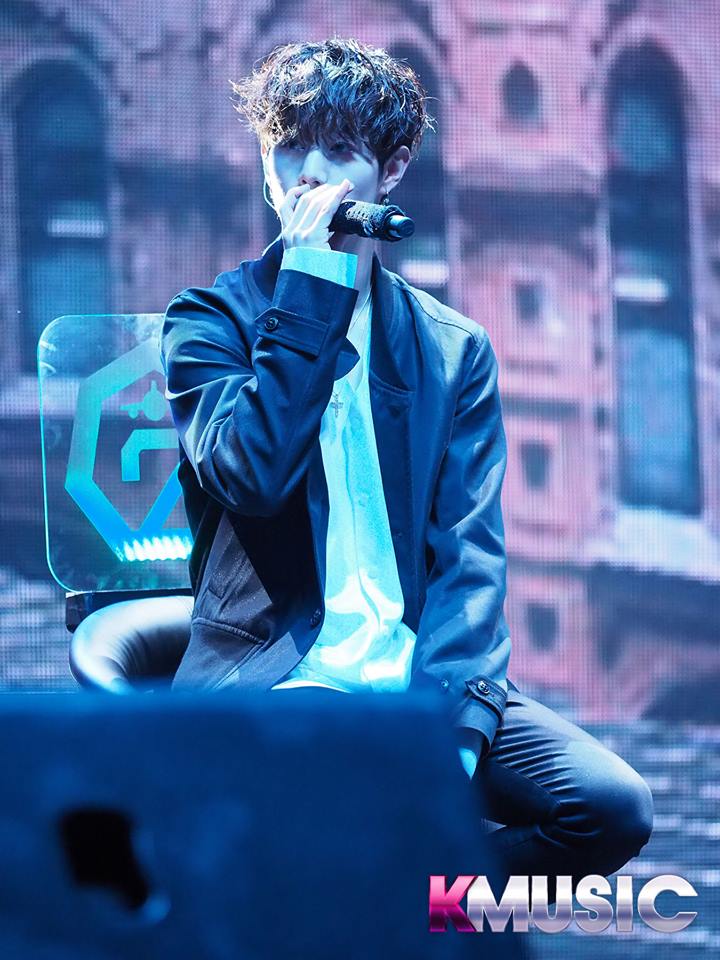 Even though Mark’s speech was short, it was definitely a touching one: “We are finally able to come here. Took as a while but hopefully we can come back here again. Also, hopefully we can perform for a much longer time. Thank you for coming. Let’s Party. Love you guys.” 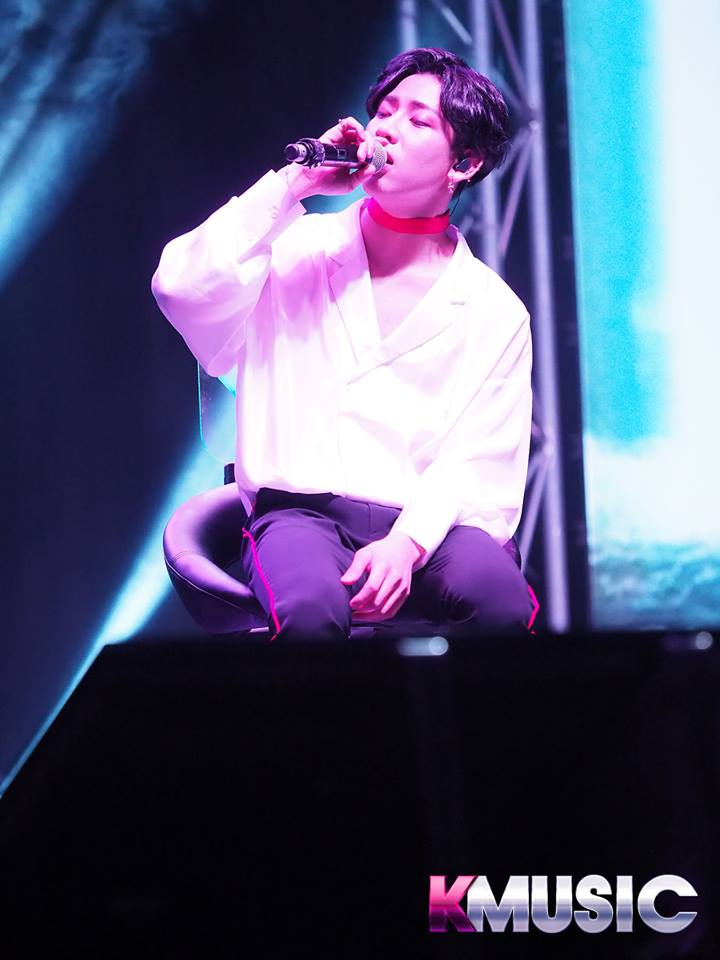 Next was Bambam’s ending speech: “So thanks so much for coming and spending your time with us. I just want to let you know I really love Australia. Did you guys check out my Instagram video? I just want to let everyone know that Australia is beautiful. Yes we will come here again.” 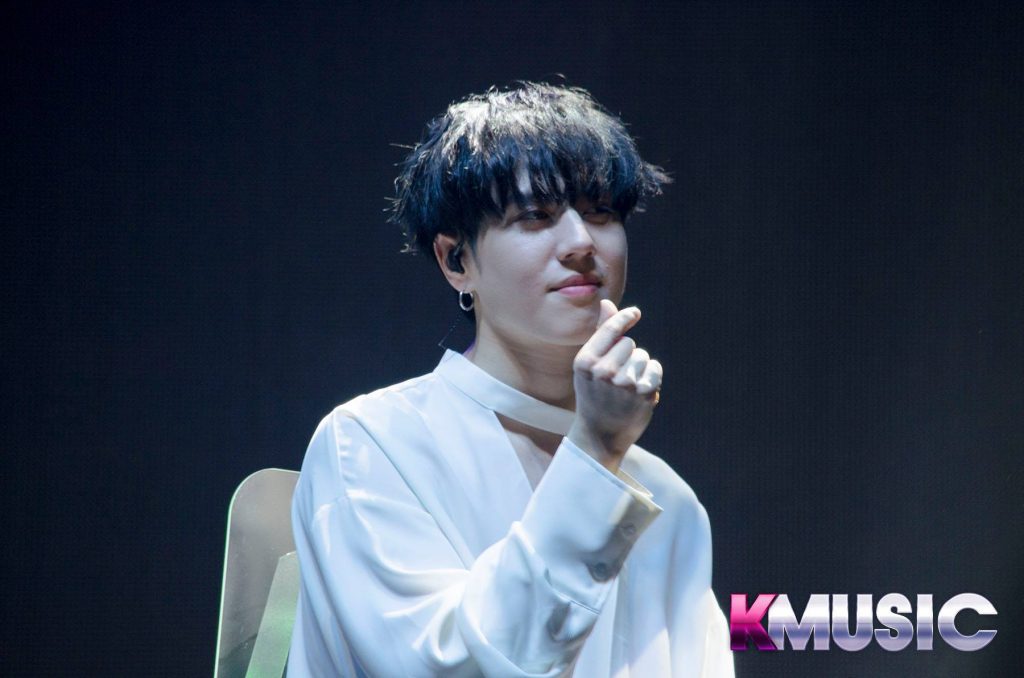 Lastly, to end the speeches, Yugyeom finished it off with his lovely English: “Thanks for coming. Ahgases so beautiful. Today we really so happy. Made promise for comeback. Thank you!”

GOT7 had shown just how precious they are! They have the talent and the energy to get a whole crowd going! They have done it again with another great performance in Australia!

Check out our Photo Album for more photos from the fan meet.

Officially Kmusic would like to thank Three Angles Production, IME SG, IME AU, JYP Entertainment  and GOT7 for the wonderful opportunity to be a part of such an admirable experience.

Article by: Tracey
Photography by: Serena and Geraldine