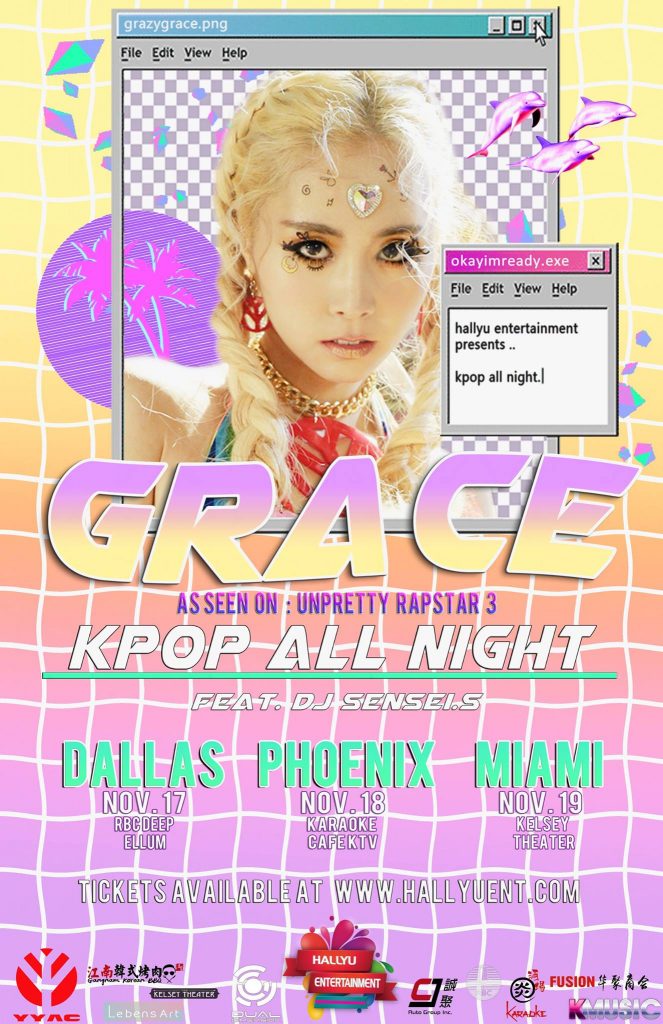 *Poster discrepancy, Dallas stop will be held on November 16th.

Grace started with music covers on YouTube, and after four years of training, she became a part of YYAC Entertainment. She debuted her single, ‘I’m Fine,’ in February of 2016 and participated in the hit Korean Television show ‘Unpretty Rapstar’ for their third season.

Ticketing prices were released on October 25 and will continue to be accessible on Hallyu Entertainment’s Website. The perks for each tier are as follows:

Make sure to follow Grace on all of her social media pages!

Stay tuned to Officially KMUSIC for the latest information on tours, comebacks, and concerts!