Officially Kmusic would like to wish AOORA a happy 3rd anniversary since debut! 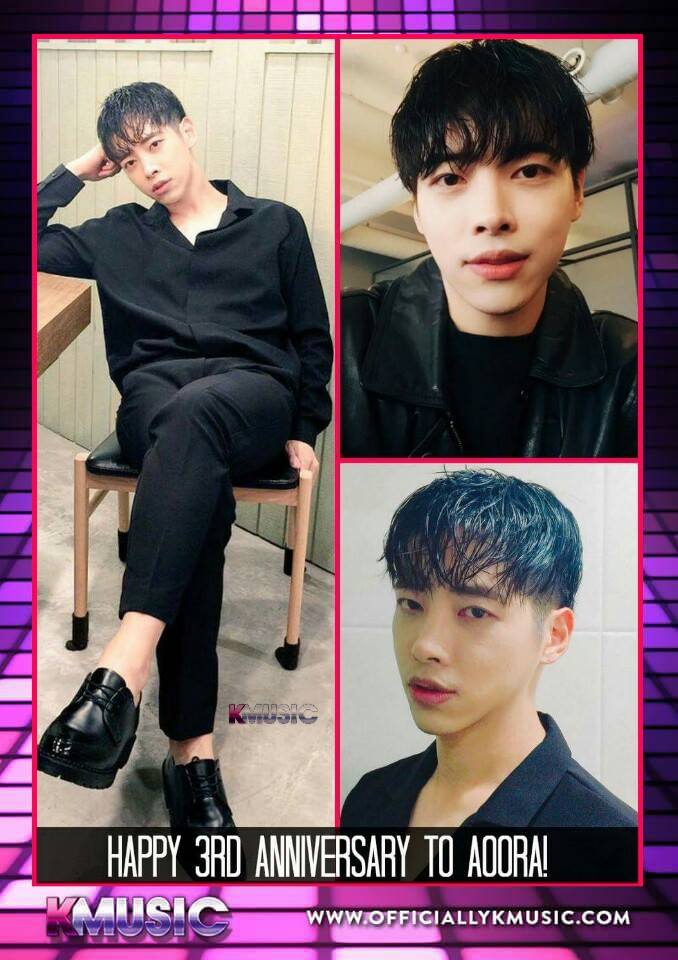 Park Geun Lee (stage name: AOORA) is a Korean singer who originally debuted as a member of the K-R&B group, ONE-X, but the group disbanded right after the release of their debut digital single. Three years later in 2009, he debuted as a solo singer under the name: gn.E; In 2011, he joined the K-pop group: AA. However, AA disbanded in 2014 which led to AOORA continuing on as a solo artist. He was formerly under Wellmade Yedang and Blue Star Entertainment, but as of now, he presently resides in Ogam Entertainment.

AOORA debuted as a solo artist with a 19+ rated album titled “69” and title track “Body Party.” His songs are mainly targeted towards twenty and thirty year olds as they hint sexual innuendos.  Even though his songs are heavily R&B influenced, as a solo artist, he wants to try various genres that he wasn’t able to during his time with AA.

Written, collage by and featured image edited by: Admin Tiftse