Officially KMusic would like to wish f(x) a very happy 7th anniversary! 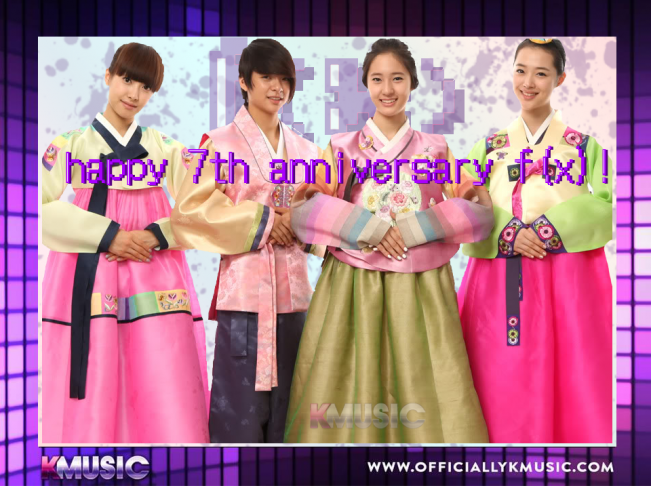 Former member: Choi Jinri (최진리) a.k.a. Sulli officially left f(x) in August 2015 to pressure her carrier as an actress. She is still with S.M. Entertainment.

2009: Promotions with Girls’ Generation for the LG Chocolate and both groups put out their own versions of, “Chocolate Love.”

Red Light came out in July of 2013 with self title track hitting over 2 million hits for the music video in just one day.