Officially Kmusic would like to wish a happy 10th anniversary to K.Will! 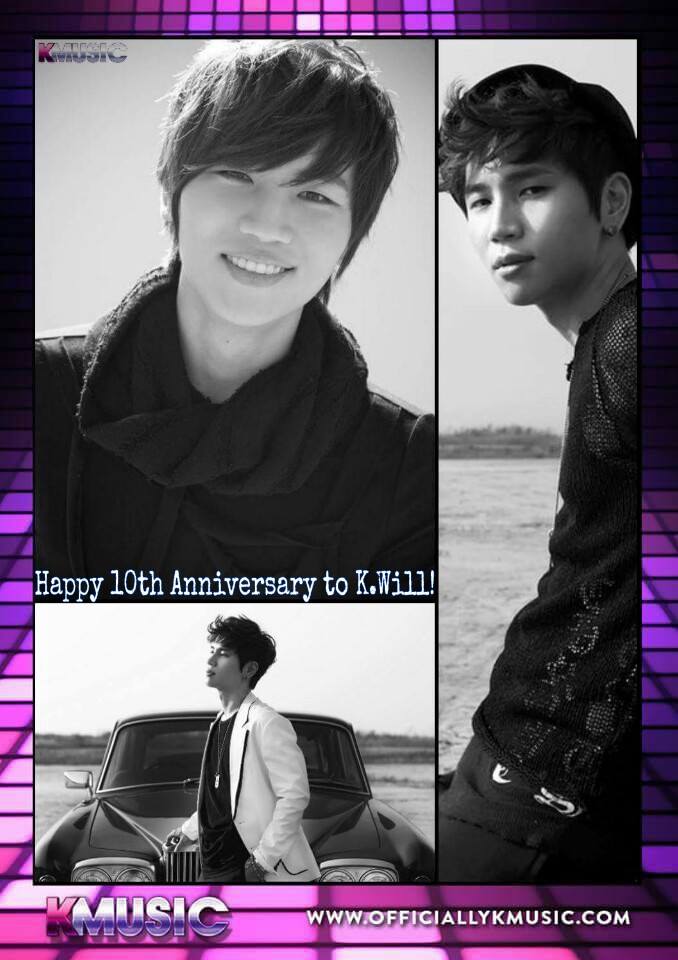 Kim Hyung Soo (stage name: K.Will) debuted on March 6th, 2007 with the track: Left Heart. The title track is from his first Korean album and is produced by Park Jin Young (JYP) and Bang Shi Hyuk.

The South Korean ballad singer, vocal coach, dancer, composer, and actor broke through the entertainment industry and gained fame through singing original soundtracks for various Korean dramas. Some of the K-dramas that he has sung for include “A Love to Kill,” “You Who Came From The Star,” “Yong Pal,” “Descendants Of The Sun,” “Pinocchio,” and many more!

Written, collage by and featured image edited by: Admin Tiftse