Officially Kmusic would like to wish OH MY GIRL! a very happy anniversary! 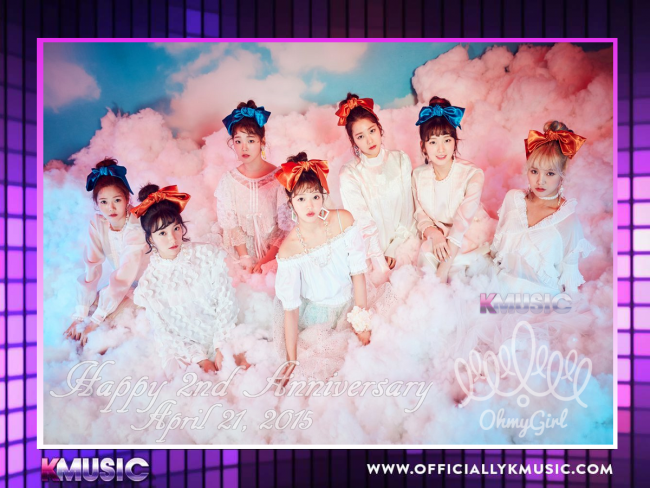 She is the main vocalist.

She is on current hiatus due to her health issues.

She is the main rapper and main dancer.

She writes most of OMG’s songs.

She, along with Ladies’ Code member Seunghee, did a cover for Summi’s “24 hours” and Apink’s “No no no” for 400 of South Korea military.

She was Block B’s Ukwon’s dance partner in Mnet’s Hit the Stage in 2016 amd got fourth place behind her brother, Junsun and Girls’ Geneartion’s Hyoyeon.

She is in Sunny Girls along with GFriend’s Eunha, Cosmic Girls’s Cheng Xiao, Gugudan’s Nayoung, and Momoland’s Nancy, a special project by Inkigyo called Music Crush where they preformed their song call “Taxi.”

She was in Lim Chang-jung’s “Open The Door” music video with Laboum’s Yulhee.

She was in B1A4’s music video for “Sweet Girl.”

She is a former child actress and was been in several dramas such as: Beethoven Virus.

She is currently in her last year of high school at Seoul’s Preforming Arts High School along with NCT’s Mark, I.O.I/Gugudan’s Mina and Cosmic Girls’s Dayoung.

The groups’ last comeback was on April 3, 2017 with their song “Coloring Book,” however due to her current illness, JinE was not able to be with the group for this comeback.