Officially Kmusic would like to wish Shinhwa a very happy anniversary! 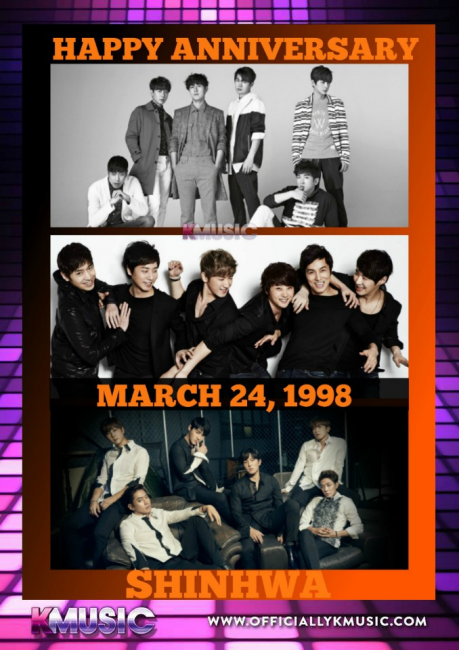 Eric (Real Name: Mun Jung Hyuk/ Eric Mun) was born on February 16, 1979 in South Korea, but raised in the US until he was a teenager.

He is also the main rapper of the group.

He likes playing video games and is the producer for Stellar.

He is the lead vocalist and main dancer.

He is under Liveworks Entertainment for his solo carrier.

He is an actor and has been in many dramas.

He does his solo work from Liveworks Entertainment.

He has a black belt in Taekwondo.

He is a Christian.

He’s studied at Chung An University.

He’s one of the main songwriters for the group.

He too uses Liveworks Entertainment for his solo work.

He is the lead rapper, vocalist, and lead dancer.

He is the maknae and rapper of the group.

He is a Christan.

Stay tuned to Officially Kmusic for all the latest in Korean Entertainment!