Heize Coming To Canada in April!

Heize Coming To Canada in April!

Calling all Canadian K-Pop fans, get excited for R&B princess HEIZE announced a Canada tour! The singer-songwriter and rapper will be holding concerts in Toronto on April 22nd and in Vancouver on April 23rd! 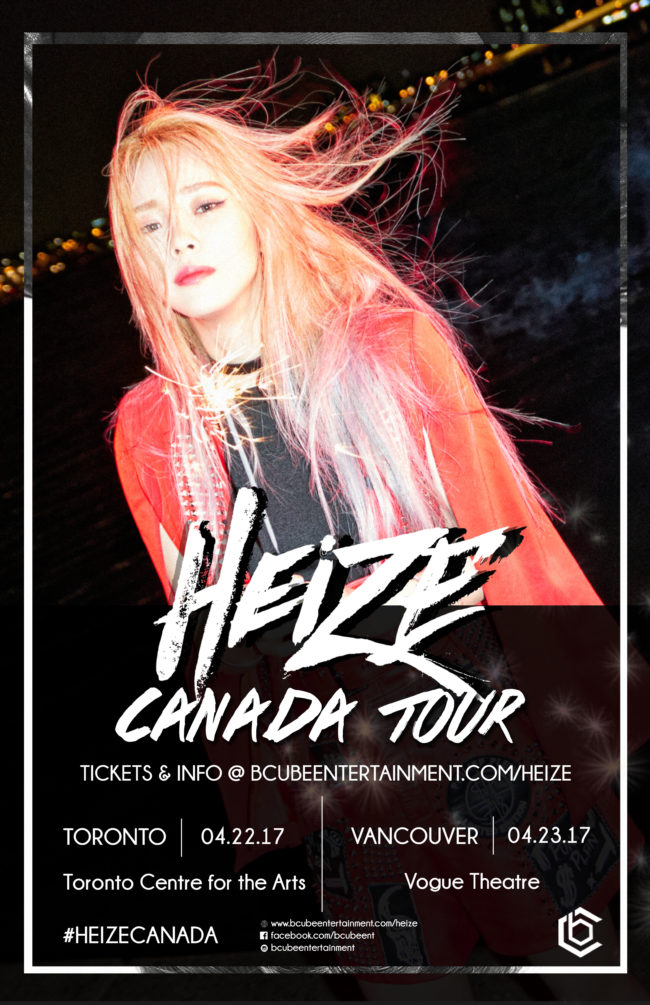 Heize rose to fame as a contestant on ‘Unpretty Rapstar 2‘ in 2015. Since the show, she has put out music that showcases her unique voice that can rock both singing and rapping. She has collaborated and worked with R&B artist DEAN, EXO‘s Chen, and fellow rapper Kisum. If you’re a fan of the hit drama ‘Goblin‘ you might have heard her voice on the soundtrack, ‘Round and Round‘!

Listen to a few of her songs below:

KMUSIC will update you on the latest news regarding this concert. Will you be attending one of her concerts? Let us know in the comments below!

To keep up to date with all the latest concert announcements, be sure to follow Officially KMUSIC!