Heize wishes to press ‘Undo’ on a past lover in her comeback MV! 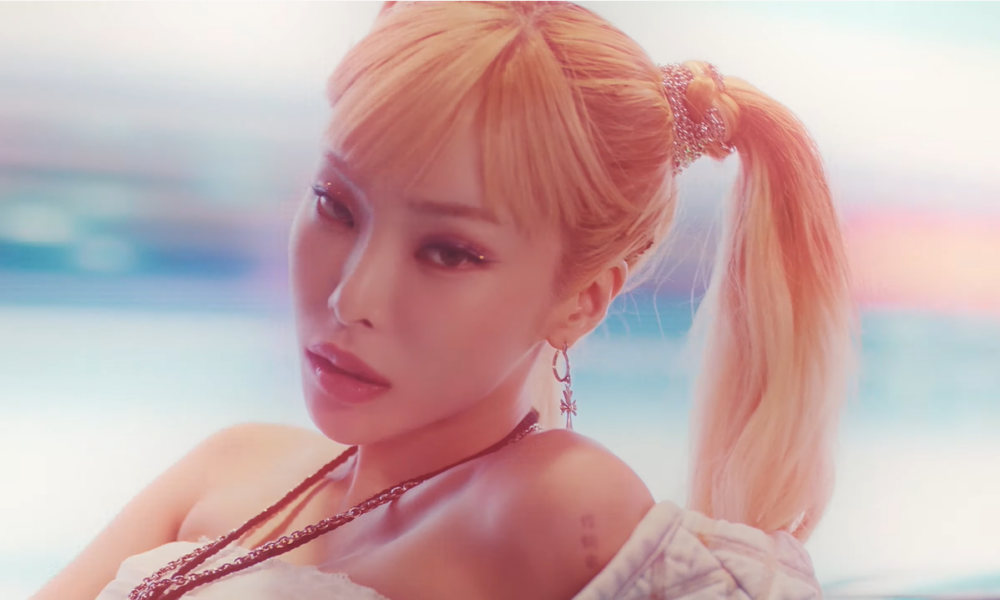 Heize wishes to press ‘Undo’ on a past lover in her comeback MV!

On June 30th, Heize released the music video to her latest single, ‘Undo’. This comes accompanied with the simultaneously dropped 2nd album of the same name. The new single marks the singer’s return in a little over a year (with the last single being 2021’s ‘Happen’).

The synth driven tracks puts forward the message of regret from an ex. Wishing they stayed as strangers, love finds itself as fragile as it is broken. Combined with the songstress’s nasal and longing tone, the retrospective content has a tinge of sadness.

Watching the music video, neon prominently features, giving a retro vibe to compliment the laid back synth instrumental. The soloist travels through the city alone as the lights beautifully hit and highlight the scene. She encounters a sculpture of a frozen chained heart with a red flare inside. Removing reveals it’s a lightsaber that could symbolize the dangers of love.

Heize‘s new single, ‘Undo’, off the same named album, are both available now.

How do you feel about the artist’s comeback? Let us know in the comments below!