KCON USA has announced Highlight (formerly Beast) and SF9 as the next artists to join the star-studded 2017 NY lineup. KCON USA is returning for two full days of Korean culture and music from June 23-24 at the Prudential Center in Newark, NJ.

Ticket sales for KCON 2017 NY will begin on May 12 at 10a PST for combination ticket packages, with single night tickets going on sale starting May 15th at 10a PST. Detailed information about the ticket tiers and benefits can be found at KCON USA’s website.

Highlight is a five membered boy group that debuted under Around US Entertainment on March 20, 2017 with the mini-album Can You Feel It?.  In February, the group revealed their name change from Beast to Highlight and that the name came from the title of their final studio album with Cube. The title song ‘Plz Don’t be Sad!’ topped almost all Korean music shows upon its release. 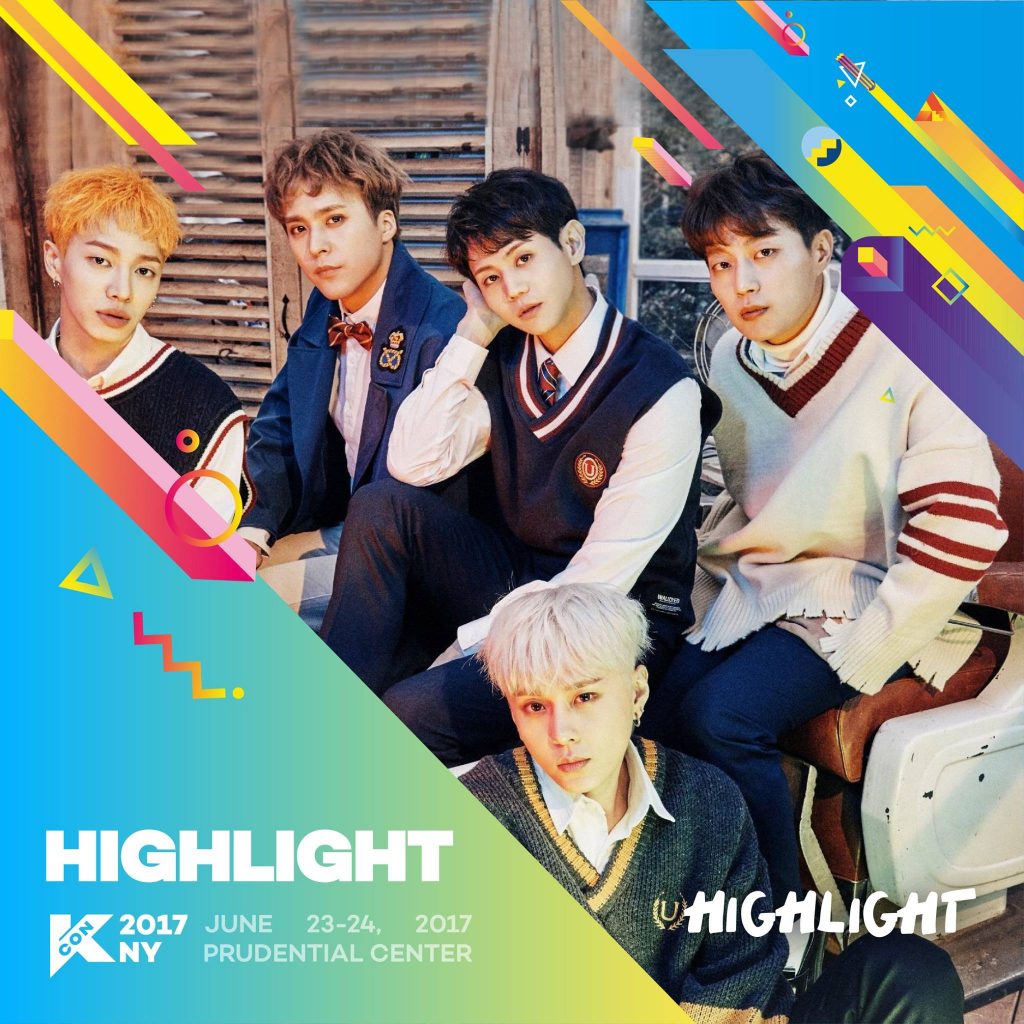 SF9 is a nine membered boy group formed by FNC Entertainment and they debuted on October 5, 2016 with title track ‘Fanfare’ on their first single album Feeling Sensation. They are the first dance boy group to debut from FNC Entertainment. Their first mini album, Burning Sensation, was released on February 6th and the week of February 15, 2017, the album landed at No. 6 on Billboard’s World Albums Chart. SF9 released their second mini album, Breaking Sensation, on April 18, 2017, featuring title song ‘Easy Love.’

KCON USA is returning to the New York metro area for a third year and to Los Angeles for the sixth year. KCON 2017 LA will be held August 18-20 at the Los Angeles Convention Center and the Staples Center August 18-20. More artists for both events will be announced in the coming weeks and months.

For the latest KCON news, visit their website and follow @KCONUSA on Twitter, where additional artist line-up and other information will be announced. Join the conversation and chat with fellow fans using #KCON17NY.

Check back here at KMuisc for more information about this and other upcoming Korean entertainment events from around the world!