Himchan of B.A.P revealed a photo of his group rehearsing for their concert, ‘B.A.P LIVE ON EARTH SEOUL.’

He excitedly posted the photo on Twitter, with a caption, “A sleepless night due to excitement. Maybe its because there’s not much time left LiveOnEarth2013.”

B.A.P will be holding their first solo concert at the Olympic Park Hall in Seoul, on February 23rd and 24th. The concert hall holds around 4,000 people.

Fans replied,  “We’re excited as well!,” “Good luck on the concerts,” “Get plenty of rest before the big day,” and more. 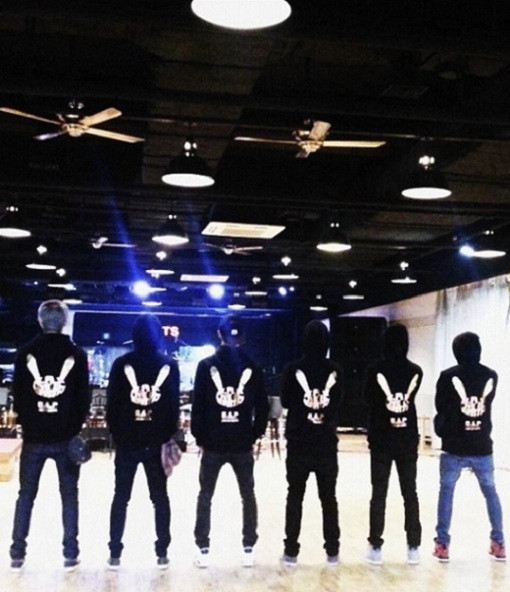 Scroll for more
Tap
The Adorably Cute Ladies of BPPOP have Released their Dance MV for “Today”
Brave Brothers’ ‘You Got Some Nerve’ Released With 15+ Rating Instead of 19+
Scroll
Loading Comments...