Storia‘s will have a rough time in the upcoming month as History‘s leader, Song Kyungil’s enlistment date has been confirmed for December 8th.

The 28 year old singer will be enlisting as a conscripted policeman and will be on active duty for the mandatory 21 months. After four weeks of basic police training, he will likely be assigned as a promotional policeman.

History got it’s start in 2013 and recently came back in April 2016 with fifth mini album ‘Him.’ History is having a fan meeting on November 26th to commemorate 1311 days since their debut! 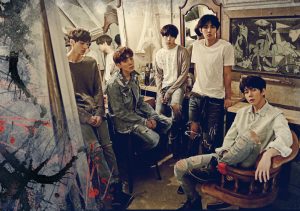 What are your thoughts on the leader’s enlistment? Let us know in the comments below!