Hyun Bin, who looked manlier and more charismatic after his release from the army, showed up for his first official event.

On February 19th, the actor appeared for the newly founded Samsung Smart TV Media Day event “Journey of Discovery in Seoul” in Seocho. Hyun Bin is the spokesperson for Samsung Smart TV.

The new line of Smart TVs were introduced in the event. The new 2013 line up and the Evolution Kit were personally tested by Hyun Bin and he was ‘amazed’ by it.

Hyun Bin stated, “Usually when people buy TVs, they neglect it, but with the Evolution Kit, you can use the TV like it’s new every year. I think many consumers will be impressed that the TV can be updated into latest Smart TV.”

Hyun Bin is looking into his next project. 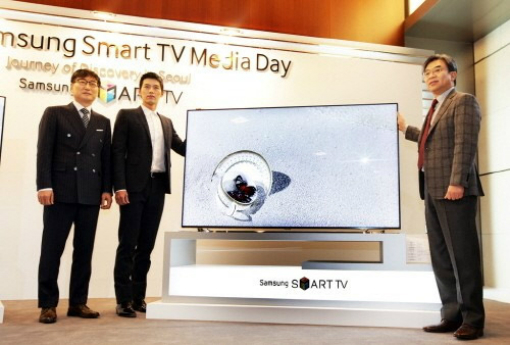