Ahead of the actual release, Jay Park has unveiled a tracklist for his second album “EVOLUTION (SECOND ALBUM 정규 2집)” that included 17 songs, most of which were already pre-released on mini-albums such as “Welcome,” “Joah,””Promise,” and  “I Like To Party” to name a few.

However, each track that has already been released have been re-mastered for better quality so that there’s a lot to look forward to. The album will also feature nine new tracks and a star studded line up including AOMG crew, Simon D, Swings, Cha Cha Malone, Trinidad James, Loco and many more. 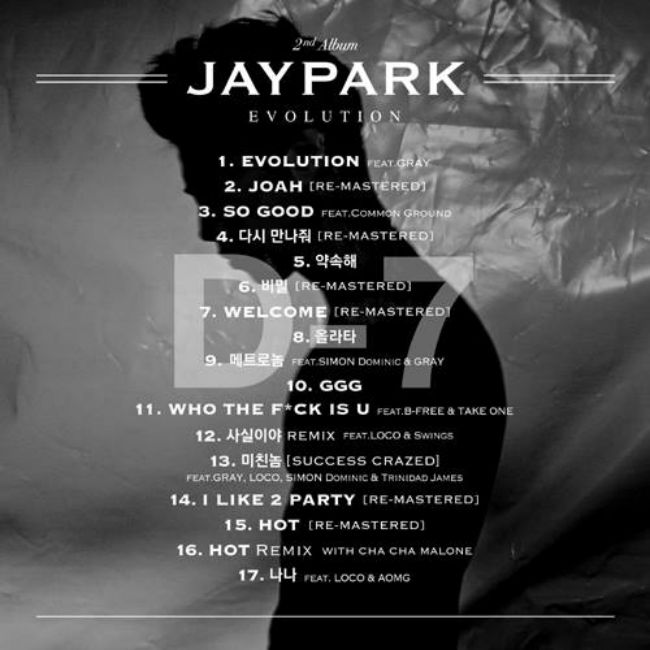 The album will be released on September 1st, 2014. Are you excited for Jay Park’s official comeback album?