JJCC Are Going To Meet Their Fans In America!

JJCC Are Going To Meet Their Fans In America!

JJCC, the popular six-members group, is going to tour America with their ‘JJCC Live Tour in America‘ this August! The boys are going to visit eight cities in total.

JJCC debuted in 2014 with ‘At First‘. This video has now reached almost two million views on YouTube! Since their debut, the group released several loved songs, for example ‘Fire‘, ‘Where you at‘ and ‘BingBingBing‘.  Watch their latest MV release ‘ToDay‘ below and do not miss on E.Co, Eddy, Yul, Zica, SimBa and SanCheong in America!

Get your tickets at KPOP Tickets. The tickets differs according to city, but what we know are the exciting benefits you can get with your VIP and VVIP tickets! The best ticket will not only grand you the access to the backstage area, but also gifts you with autographed JJCC album, attendance of high touch group photo and much more! 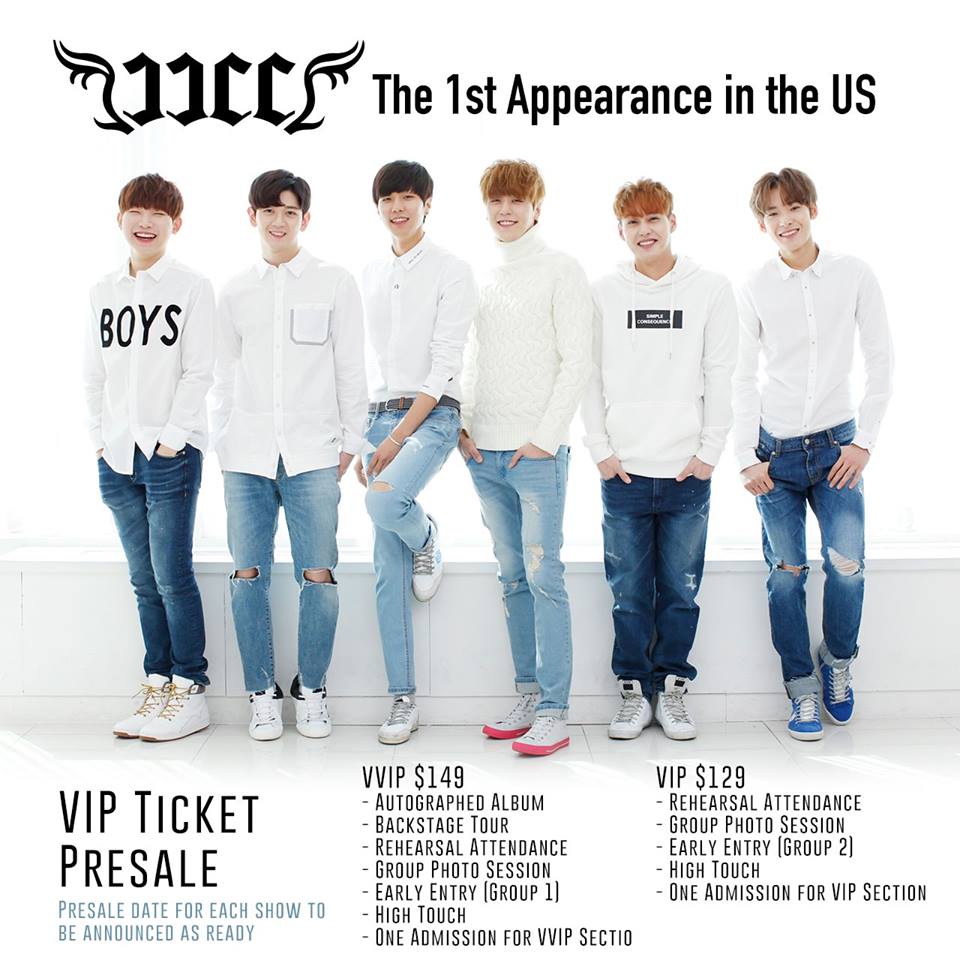 Stay close to us for more updates about this and other k-events near you!