On May 11th, Baek Ji Young recently held her “Going Out After Seven Years” Concert in Jeonju for her national tour. One of the highlight of her concert was the appearance of her soon-to-be husband, Jung Seok Won.

In the middle of the concert, a guest suddenly appeared on the screen. This surprised both the singer and the audience. A video of Jung Seok Won was played and he shared that he wasn’t able to go to her concerts and promised to go see it when they get married.

After the video stopped playing, the actor appeared on the stage which made Baek Ji Young happy that she teared up.

He shared to the audience, “I came here in surprise without letting Baek Ji Young know. I really wanted to propose to her, but we were both busy that it was always words and not action. So today I asked my movie director to free up some time for me and now I’m here.”

He then prepared a rose and got down on one knee and said the magical words to the singer, “Will you marry me?” And as she accepted the rose, she gave him a sweet, “Of course.” 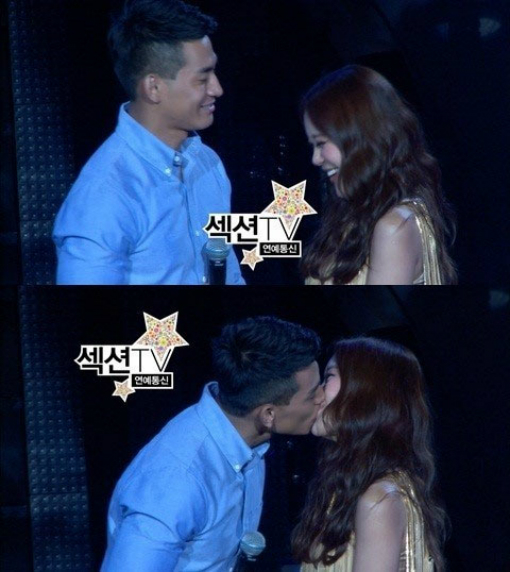 The audience then shouted, “Kiss! Kiss!” in which the sweet couple obeyed. Jung Seok Won then asked the audience to continue giving their love and support to his soon-to-be wife, Baek Ji Young.

On May 12th, the proposal was broadcasted through MBC′s Section TV . The celebrity couple will be tying the knot on June.

Scroll for more
Tap
Shinhwa Takes You Behind-the-Scenes of the Production of “The Classic”
Girls’ Generation’s Taeyeon Gives Special Gifts To Her Mom
Scroll
Loading Comments...