On Friday November 21, 2014 2PM made their long awaited appearance. Fans who arrived at the Shrine Auditorium were met by enthusiastic members of the US Hottest Fan Club. They were passing out banners and light sticks to all the concert goers. There were a wide variety of fans in attendance, but all had one thing in common, love for 2PM.

For some fans like Carolina from Los Angeles it was their very 1st concert. For 2 concert goers from Ventura, CA Robert & His 15 year old Daughter Jenny, this was this was many of the many concert that they have attended together. 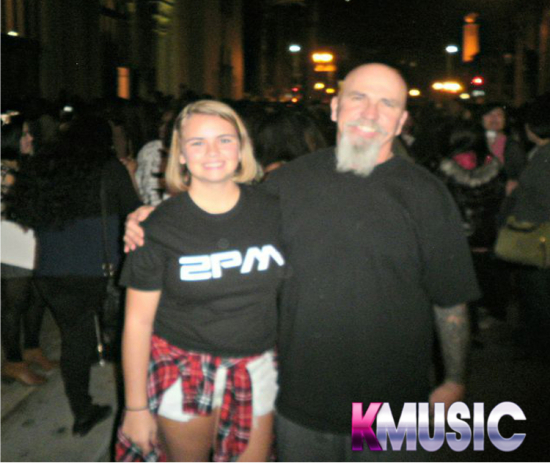 So as the doors finally opened and the crowd made their way to their seats, one could already sense that this crowd was ready to experience a great concert.

As the show was getting ready to begin and the lights darkened, the fans showing their “Hottest” love began to wave their light sticks to the 808 bass.

As one would expect from a 2pm concert their energy was high and their dance moves were all in sync. The fan  screams increased in volume with every pelvic thrust.

The Boys performed many of their songs but the most receptive songs were their classics “10 out of 10” and “Put Your Hands Up.”

2PM gave some great fan service to the crowd. They threw their used towels to the ladies in the front row and during the short breaks in their sets; they talked in English, and some in Engrish, about the songs and joked with one other.

For Nichkhun it was a sort of home coming since he is from Rancho Cucamonga.

The show lasted for about 2 hours which, to this writer, went by really fast. They performed one encore to the delight of the crowd and promised to come back to Los Angeles soon with new music. 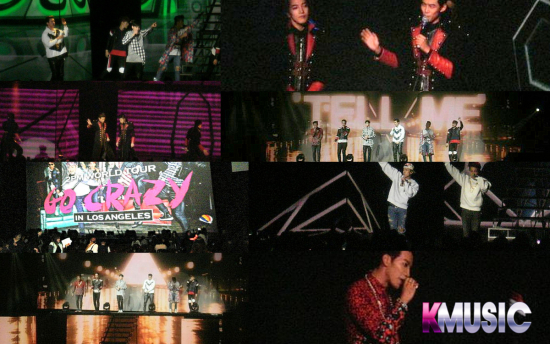 All an all the show was great and the members charm and charisma definitely came out. I would have to say that after experiencing this show I would now refer to myself as a “Hottest”.